Close
Norrie Paramor
from London, England
January 1, 1914 - September 9, 1979 (age 65)
Biography
Norrie Paramor was one of EMI's top producers in pop music and rock & roll up through the end of the '60s. For a time in England, he was the only record producer whose name teenagers might reasonably have been expected to recognize, because of his work in that capacity for more than a decade with pop/rock star Cliff Richard and his backing band, the Shadows. Indeed, he was almost single-handedly responsible for giving EMI's Columbia label the biggest stake in rock & roll of any record company in England during the late '50s and early '60s, where it had no previous presence in the field, as the discoverer of Cliff Richard the Shadows. Before that, he was responsible for recording such Top 50 English pop stars as Ruby Murray and Eddie Calvert. And all along, he made best-selling records of instrumental pop and mood music that sold on both sides of the Atlantic.

Born in London and trained as a pianist, Norrie Paramor became a piano player and arranger for Jack Harris' and Maurice Winnick's dance bands. He served in an entertainment unit attached to the Royal Air Force starting in 1941, providing music for performances in Blackpool. He began his career as a music director with the Ralph Reader Gang Show, and later in the war years became an arranger for Noël Coward, Jack Buchanan (best remembered for his starring role in MGM's 1953 #The Band Wagon, and Mantovani.

Paramor spent the period immediately after World War II playing piano with the Pieces of Eight band led by Harry Gold. Life as a performer didn't appeal to him, however, and after five years he gave it up to concentrate on studio work, with an emphasis on arranging and conducting. His first work as a studio musician was playing accompaniment on singles by Marie Benson. He initially joined EMI Records as a conductor leading his own pop orchestra. Those recordings and the periodic ventures that followed, would keep Paramor's name before the public, with records that fit nicely alongside the work of Paul Weston and other easy listening bandleaders of the period.

In 1952, he began producing records for EMI, as the head of A&R for its Columbia label. Late the following year, Paramor chalked up his first major hit with Eddie Calvert's single Oh Mein Papa. Another Paramor discovery, Ruby Murray, was even more important to the label, scoring a huge hit in 1955 with Softly, Softly and numerous other chart successes during the mid-'50s. For most of the '50s, Paramor was associated with pop music, including two good-selling studio orchestras that he created, the Big Ben Banjo Band and the Big Ben Hawaiian Band, who recorded and appeared on the BBC; they became so popular with their mix of ethnic-flavored pop music and trad (i.e. Dixieland) jazz, that Paramor (who had specifically wanted to stop working on the road in 1950) had to organize touring editions of both bands to satisfy the demand for personal appearances and dance concerts. He also scored well with the pop recordings of Michael Holliday and the Ken Jones Orchestra. He could not possibly have guessed, however, that his biggest discoveries were still ahead of him, and lay in a brand of music that was as new to him and to EMI as it was to most of England.

Already, by 1955, changes started overtaking popular music in England. A distinct teenage audience emerged around that time. with its own characteristics and taste, and it coalesced around skiffle music, initially for the records of Lonnie Donegan on Decca and Pye Records, but later broadening to include a dozen other recording acts. By 1957, skiffle was starting to give way to a rock & roll sound -- initially, the British recording industry looked for bands that sounded like Bill Haley His Comets (Haley having toured England, and being a model that the companies understood), but other influences, including Buddy Holly (who was even more popular in England than he was in America) were also felt. By 1958, British record labels were looking for homegrown talent that could pull these sounds together.

Norrie Paramor won the competition for EMI, scoring the first and the biggest in mid-1958 when he signed Cliff Richard and his backing band the Drifters (later rechristened the Shadows). It had been Paramor's original intent to sign Richard as a solo act, backed by the Ken Jones Orchestra, but the Shadows impressed him sufficiently with their clean, professional sound, the tightness of their playing with Richard, and their serious attitude toward music to keep the group together as a performing and recording unit. Beginning with Move It, Richard inaugurated a career of 40 years and running, leading to a knighthood for himself and decades of stardom for the Shadows.

The relationship between artist and producer was ideal. Paramor, a lanky, graying man with glasses, who wore suits, was no rock & roller, but that wasn't what was needed. The Shadows themselves could supply that expertise (and even the songs and instrumentals on occasion). Rather, he was a careful arranger and professional musician, and a sympathetic listener who helped the group and Richard achieve a level of polish on their records -- without costing them any excitement in their playing -- that made them the envy of millions of British listeners. Although they later came to deride the Shadows for the programmatic nature of their music, in 1958 and 1959, even future Beatles John Lennon and Paul McCartney were admirers of their work, simply for the fact that a quartet of young British musicians were playing American-type rock & roll and getting it heard, at least in England.

Paramor's judgment wasn't always perfect. On their debut single, Paramor was trying to push his choice of an A-side, a romantic rocker called Schoolboy Crush, until television music impresario Jack Good persuaded him that the B-side, an exciting original by bandmember Ian Samwell called Move It, would be the hit. In fairness to Paramor, however, he had chosen to record Move It, and lavished no less attention on that side than he had on Schoolboy Crush once he was convinced that it would be the hit.

And once it was a hit, he lost no time in recording Richard and the band doing lots of hard rock & roll. Indeed, when it came time to record Richard's first album, Cliff, Paramor did something unheard of at the time, in England or America, and made it a live album, cut by Richard and the band in front of several hundred screaming fans in February of 1959, albeit in the relatively controlled conditions of EMI Studio Number One. That album proved a landmark in the history rock & roll, as well as the first major live album by a white rock & roll performer, and it served as the blueprint for an idea that Paramor's younger contemporary, Parlophone Records' George Martin, had four years later, when it was time to record the Beatles' debut album -- just get them to play the set they did at their shows (although Martin never did follow through on his original notion of cutting them live at the Cavern Club).

In the early '60s, as Richard's sound evolved, some of his sides were cut with the Norrie Paramor Strings and other studio groups under the direction of the producer, and Paramor also played piano on some Cliff Richard and Shadows recordings. Paramor and EMI found that Richard's rock & roll sides didn't sell as reliably as they'd hoped, and he ultimately did his best to move the singer in the original direction he'd thought of, into a more romantic, pop-oriented sound (Living Doll, etc.), similar to what Ricky Nelson was doing in America. The results didn't please his hardcore rock & roll fans, but yielded millions more sales. In any case, there was plenty of rock & roll on Richard's early albums, even if the singles moved toward a softer sound.

And when Richard and the Shadows started recording separately, EMI-Columbia ended up with two top-selling artists. While their millions of sales were later eclipsed by the success of the Beatles, Paramor still added significantly to the company's fate and fortunes, and English popular culture, with his discovery of the group.

Paramor continued to produce Richard and the Shadows for more than a decade, even as he added other top acts to the list of talent that he discovered, including Helen Shapiro and Frank Ifield. He also produced recordings by Judy Garland, Gene Vincent, and Al Martino. His work with Richard, et. al overlapped his burgeoning success as a bandleader with his own recordings of mood music, some of which did extremely well, especially in America -- In London, In Love, London After Dark, and Amore, Amore! were very strong sellers on the far side of the Atlantic where, ironically enough, no one knew who Cliff Richard was.

EMI in the '60s, however, wasn't the same organization that it had been in the '50s, nor was the record business the same. Sales were soaring astronomically, especially in England, as the music business boomed amid the good times and optimism of a decade in which England (thanks to the Beatles, James Bond, and #the Avengers, among other cultural icons) seemed to be at the center of the world again for the first time since the '30s. The company was losing many of its best producers, including George Martin and Ron Richards, who were being short-changed by their work at smaller label imprints like Parlophone, and saw more money to be made and better musical opportunities pursued on their own.

Paramor was considered one of the company's major assets, a successful recording artist as well as a producer who'd generated many millions of dollars for them, and was treated well, but even he left in early 1968, to become an independent producer with his own company. That same year, he scored a number one hit with the Scaffold's Lily the Pink.

He became the music director of the BBC Midland Radio Orchestra in 1972, and held the post through 1978. Paramor died the following year -- he'd continued working with Cliff Richard as a producer, advisor, and publisher all along, and Richard dedicated his next album to Paramor's memory. ~ Bruce Eder, Rovi 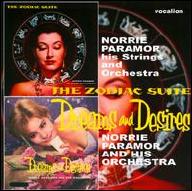 The Zodiac Suite & Dreams and Desires
2008 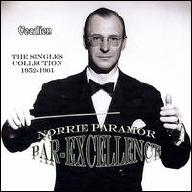 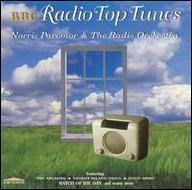 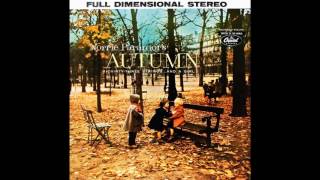 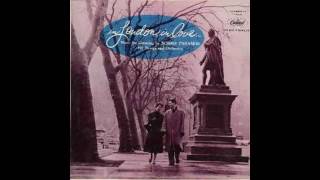 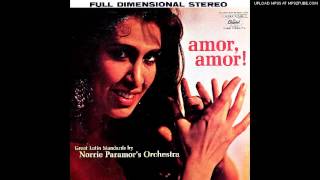 Norrie Paramor and His Orchestra "Always in My Heart" (1962) 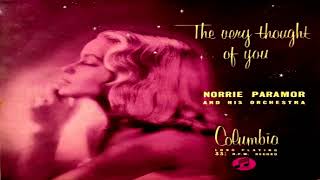 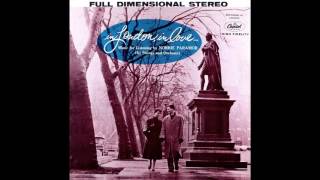 Norrie Paramor His Strings And Orchestra ‎– In London, In Love GMB