Close
Tony Banks
from East Heathly, England
March 27, 1950 (age 70)
Biography
Genesis keyboardist Tony Banks has made several stabs at a solo career since 1978, writing and recording in various styles and occasionally under different group names. However, none of his attempts have been very commercially successful, a sore point for the man many deem responsible for a large portion of the Genesis sound. For many observers, Banks is one of the more undeservedly underrated keyboard players in progressive rock, while flashier figures such as Keith Emerson and Rick Wakeman, with their extroverted personalities, long ago gathered the press coverage needed to earn the admiration of starstruck listeners from the '70s (and enjoy instant name recognition decades years later), Banks' work was so subsumed by Genesis for so long that he never quite achieved the profile of his slightly older rivals, despite playing an essential role in shaping the sound of his group, which, along with Yes, was one of the two most successful prog rock bands of the '70s.

Born in East Hoathly, Sussex, in 1950, Tony Banks was one of five children of Nora and John Banks. He was born too late to be more than a childhood observer of the skiffle boom or the first wave of British rock & roll stars, reaching his teens as the Beatles were bursting out of Liverpool and onto the national scene. He took up both the guitar and the piano, but he was most inspired in playing keyboard instruments. He also proved a natural musician, absorbing classical as well as pop and rock material seemingly effortlessly, in the eyes of his friends: at 16, he could play anything that was on the charts, and was also conversant with generations of church music and concert works, and what lay behind their sounds. Up to age 15, Banks had attended the Boar's Hill Prep School, but at 16 he transferred to the Charterhouse School in Godalming. Strangely enough, for all of his fluency at the keyboard, a music career wasn't at the head of the list of his career choices; indeed, he was primarily interested in studying math, physics, and chemistry, with the intention of majoring in physics.

Banks was also less than comfortable with Charterhouse's academic regimen, and he rebelled by way of music, forming a rock band called the Garden Wall with his classmate and new friend Peter Gabriel, and drummer Chris Stewart. They eventually crossed paths with a rival band at the school, the Anon -- what actually happened was that the Anon had lost their keyboard player and the group's two guitarists, Mike Rutherford and Anthony Phillips, approached Banks about joining them. Instead, the two groups ended up merging, and the resulting band took the name Genesis, bestowed by its first producer/manager Jonathan King. On their earliest sides, Banks played piano, organ, and some Mellotron, as well as guitar, and also contributed to the backing vocals -- just as those early sides by the fledgling group were a kind of Bee Gees/Moody Blues pastiche, so Banks' playing was somewhere midway between that of Maurice Gibb and Mike Pinder. Their aspirations to a music career were nearly thwarted when their debut single, "The Silent Sun," and the follow-up album, titled From Genesis to Revelation, failed to generate any lasting impact on radio or the charts.

By the time the smoke cleared, the five group members had graduated, and higher education and responsible, middle-class lives beckoned; Banks entered Sussex University as a physics major during the hiatus in the group's history. But he never gave up the idea of being a musician or keeping Genesis going and, fortunately, he also shared an apartment with his old friend Gabriel during 1969; between the two of them and the lingering interest from Rutherford and Phillips, the group re-formed, without King and with some more precise ideas about what they wanted the band to be. Through some incredibly ambitious (and loud) live shows, and the fortuitous attendance of Tony Stratton-Smith at one of them, they got a recording contract with the latter's fledgling Charisma Records label.

Banks was featured heavily on the album that resulted, entitled Trespass, and was also very prominent in their live act, which was incredibly ambitious in its sonic reach, the group -- without a track record on the charts or any advance notice other than the press they generated -- played a bold, in-your-face brand of rock, much of it derived from literary inspirations and drawing on classical and traditional folk for its content and structure, as much as on pop. Trespass was, understandably, somewhat uneven, but one track, titled "The Knife," stood out: It was a huge, dramatic crowd-pleaser at shows, and it was a great platform for Banks, opening with a fierce solo part on Hammond organ. The group went through some membership changes on lead guitar and drums, and Banks' playing and musical grasp kept expanding, along with the reach of the band.

On Nursery Cryme, he played a wider array of keyboards with far greater delicacy, and the effect was starting to become glorious. If none of the others in the band sounded like any other musicians, then Banks had no peer among the ranks of Emerson, Wakeman, Dave Greenslade, Robert Fripp, et al. The group's musical pieces were all shared compositions, and some of them, most notably "The Fountain of Salmacis" and "The Musical Box," were sublimely beautiful yet daring progressive rock tracks, the latter with an exquisite sense of drama and poignancy that Banks' playing showcased brilliantly. His work played a similarly prominent role in "The Return of the Giant Hogweed," his part alternately soaring and lyrical, or imposing and ominous. It was sometime after the release of Nursery Cryme that Banks conceived an idea for a song, about a space traveler who arrives on a now-deserted Earth, that evolved into one of the most popular of the group's early history, "Watcher of the Skies." The latter was not only one of their few studio tracks to get any airplay on American FM radio, but it also became a perennial crowd-pleaser in the group's concert set.

And those crowds were growing, drawn by the entirety of the Genesis show, which encompassed dazzling costume changes and myriad musical and extra-musical influences -- British literary sources and religious sources ranging across centuries, Steve Hackett's classically based guitar technique, and elegantly interwoven melodies, most of the latter carried by Banks and his ever-growing array of electronic keyboards, layer upon layer of synthesizers, at least one Mellotron, and an organ somewhere in there. He gave their music its sheer size and majesty on-stage, and some elegance and gorgeous touches of refinement on record as well. "Supper's Ready," the 25-minute conceptual piece from the Foxtrot album, was also a keyboard tour de force; this was never clearer than in the run up to the denouement where, as Hackett, Rutherford, and drummer Phil Collins (the latter of whom joined the group in 1970 and first appeared on Nursery Cryme) all grind away in a relentless, pounding beat, Banks' hands dancing across the keyboards in motions that, themselves, seem almost choreographed, spinning out a set of variations that pick up the whole piece and carry it to the finale. In those days, at their peak, the group's concerts -- especially in England -- had the intensity of rock masses, with Gabriel as the priest and Banks as the organist/conductor, and "Supper's Ready" as the highest of services.

The group's next album, Selling England by the Pound, was an even better showcase for his playing, his synthesizers and other electronic keyboards weaving a rich sonic tapestry (especially on the finale "The Cinema Show") and even providing memorable choral parts on "Dancing with the Moonlit Knight," while his use of grand piano added drama and impact at strategic moments. The follow-up to that album, The Lamb Lies Down on Broadway, marked the high-water mark of the group's progressive period, and its culmination. In 1976, following Gabriel's departure and his replacement as lead singer by drummer Collins, the band adopted a more restrained, pop-oriented approach. Banks still contributed richly textured keyboard parts over the ensuing years, and the group found immense pop success and arena-sized audiences.

It wasn't until 1978 that Banks began releasing music outside the context of Genesis. That year, he and bassist Rutherford wrote the music for the British movie chiller The Shout, and Banks later recycled the central theme from that score into "From the Undertow," one of the songs from his first solo album, A Curious Feeling. That album -- issued in 1979 as Genesis was scaling new heights of success but still holding onto its old progressive audience -- was similar to the group's output, especially in Banks' massive layers of keyboards, and reached number 21 on the U.K. charts. His second album, The Fugitive, issued in 1983, featured Banks as a singer as well as on keyboards.

Much more important was his work that same year scoring the period romantic drama The Wicked Lady, which stimulated him to compose what eventually became his first major orchestral work, Seven: A Suite for Orchestra. His music for The Wicked Lady and his work in the band gave Banks enough credibility so that in 1984 he was called to Hollywood by the remnants of the MGM organization to score 2010: The Year We Make Contact, the long-awaited sequel to 2001: A Space Odyssey. Although his score was rejected, he was able to recycle the music into the soundtrack for Starship in 1985. His subsequent albums, Bankstatement and Strictly Inc., were made in the context of group names and featured other singers. But in 2004, Banks formally entered the classical field when his Seven: A Suite for Orchestra, recorded by the London Philharmonic Orchestra under conductor Michael Dixon, was released on the Naxos label. In early 2018, Banks returned with another orchestral work, Five, recorded with the Czech National Symphony Orchestra and Choir under the direction of Nick Ingman. In 2019 Esoteric issued the compilation Banks Vaults: Complete Albums 1979-1995. ~ Bruce Eder & Geoff Orens, Rovi 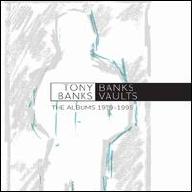 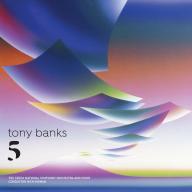 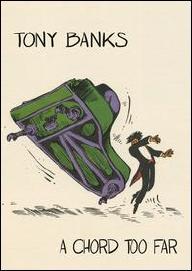 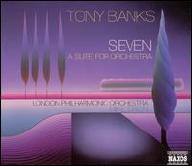 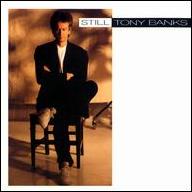 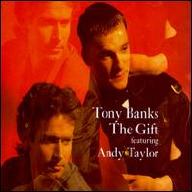 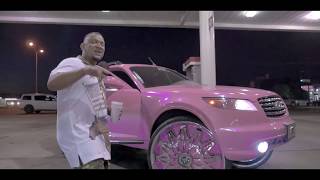 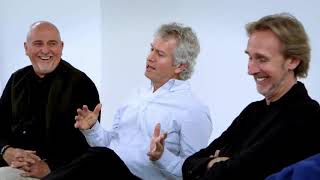 Tony Banks 'Sum of the Parts' Part I 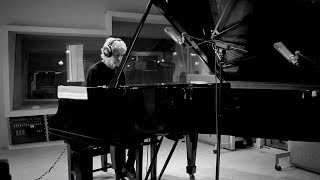 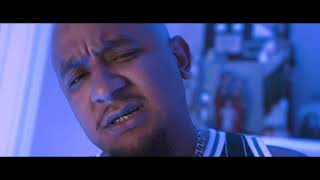 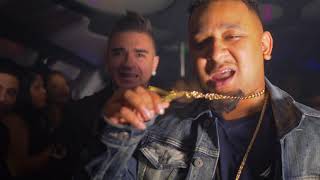 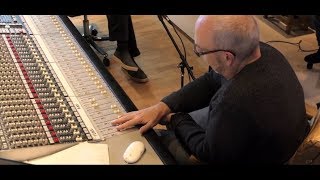 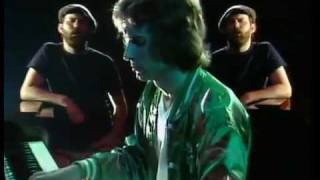