Close
Moe Bandy
from Meridian, MS
February 12, 1944 (age 76)
Biography
Moe Bandy was one of the most popular country singers of the 1970s, turning out a series of hits in the latter half of the decade that made many fans and critics believe he was one of the great honky tonk singers. Bandy's songs never strayed far from the traditional barroom fare -- delivered with a knowing sense of humor, loving, cheating, drinking, and patriotic songs form the core of his repertoire. Throughout the late '70s and early '80s, the singer racked up hits. His audience declined somewhat a decade after his career took off, yet he has remained a popular favorite through his theater in Branson, MO.

Bandy was born in Meridian, MS, the birthplace of Jimmie Rodgers. In fact, Bandy's grandfather worked with Rodgers on the railroad, so it's no surprise that the singer first fell in love with country music through the Jimmie Rodgers records that were around his house, as well as the Hank Williams albums. Bandy's family moved to San Antonio, TX, when he was six. During high school, he was a rodeo rider, but his career came to a halt once he suffered too many injuries. Once he left school, Bandy was a sheet metal worker, singing in country nightclubs at night. He landed a one-record deal with Satin Records in 1964. The label released Bandy's original song Lonely Lady, but the record made no impact. Nevertheless, he continued to perform at night in various Texas honky tonks.

In 1972, Bandy met record producer Ray Baker on a hunting trip and convinced him to listen to some demo tapes he had made. Provided that Moe could pay for the recording sessions, Baker agreed to produce the singer. Excited by his new prospect, Bandy pawned his furniture and financed a session. Once they were released, the records went nowhere. The following year, the singer took out a loan to pay for another recording date. I Just Started Hatin' Cheatin' Songs Today was the result of this session, and Baker released the single on Footprint Records, manufacturing only 500 copies. Unlike Bandy's previous records, the single began to sell. GRC acquired the rights to the record and released it nationally; it eventually became a Top 20 hit. Nevertheless, Bandy kept his job as a sheet metal worker, uncertain of the end result of his taste of success.

Bandy followed I Just Started Hatin' Cheatin' Songs Today with several singles on GRC, including the Top Ten hits It Was So Easy to Find an Unhappy Woman (1974) and Bandy the Rodeo Clown (1975), which was written by Lefty Frizzell and Whitey Shafer. Bandy signed with Columbia Records in 1975, keeping Baker as a producer. Hank Williams You Changed My Life, his first single for the label, was an instant number three hit, leading to his Most Promising Male Vocalist award from the Academy of Country Music. Bandy's string of hit singles in 1976 -- including Here I Am Drunk Again and She Took More Than Her Share -- confirmed that he was one of the most popular singers of the latter half of the decade. The following two years were equally successful for the singer, as he had hits with I'm Sorry for You My Friend, Cowboys Aren't Supposed to Cry, She Just Loved the Cheatin' Out of Me, That's What Makes the Jukebox Play, and Two Lonely People.

Bandy's career reached a peak in 1979. During that year, he teamed up with Janie Fricke in 1979 for It's a Cheatin' Situation. The song became a number three hit and won the Song of the Year award from the ACM. Bandy had another successful duet that year with Joe Stampley. The pair released Just Good Ol' Boys, which became one of the most popular albums of the year, spawning the number one title track and the Top Ten Holding the Bag. Like his pairing with Fricke, the duet with Stampley was an award-winning combination, as the duo won the Country Music Association's Duet of the Year and the ACM's Duo of the Year awards in 1980. Bandy also had a pair of major solo hits with the number one I Cheated Me Right Out of Her and the Top Ten Barstool Mountain.

During 1980, Moe Bandy's winning streak continued with the Top Ten hits Yesterday Once More and Following the Feeling, a duet with Judy Bailey. Bandy teamed up Stampley again in 1981, which proved as successful as the duo's first outing. The pair again reached the Top Ten with Hey Moe Hey Joe and charted with Honky Tonk Queen. With My Woman Loves the Devil Out of Me and Rodeo Romeo, Bandy had a pair of solo hits the same year. For the next two years, he regularly charted in the Top 20, both as a solo act and with various duet partners, including Becky Hobbs on the Top Ten 1983 hit Let's Get Over Them Together. However, none of his songs caused the sensation of Where's the Dress, a parody of Culture Club's Boy George recorded with Stampley. Although Boy George sued the duo, the song was a major hit, winning an award for Best Country Video from the America Video Awards and the New York Film Festival.

Moe Bandy switched record labels in 1986, signing with MCA/Curb. Not only did he change labels, he changed producers, abandoning his old collaborator, Ray Baker, for Jerry Kennedy. Appropriately, the sound of the singer's records changed as well. No longer were they modern-day honky tonk; they were slicker and more pop-oriented. Ironically, the change in sound didn't bring about more commercial success. For a brief time, Bandy continued to have Top Ten hits, including Till I'm Too Old to Die Young (1987) and Americana (1988), which became presidential candidate George Bush's campaign theme song; Bandy played Bush's Presidential Inauguration, as well as playing the White House twice in 1989. However, he wasn't faring as well on the country charts. His albums became increasingly safer and smoother, yet they failed to reach the peaks of his rowdier early material.

Bandy opened the Moe Bandy Americana Theatre in 1991, becoming one of many country performers to establish themselves in Branson, MO. Bandy frequently performs in the 900-seat venue with his Americana Band. His theater has been more popular than his records in the '90s and '00s, but for a time in the late '70s and early '80s he was one of the most popular and exciting singers recording. ~ Stephen Thomas Erlewine, Rovi 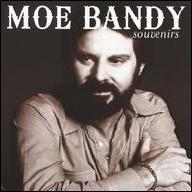 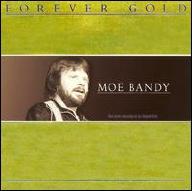 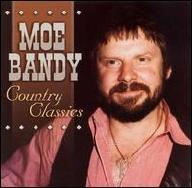 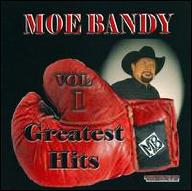 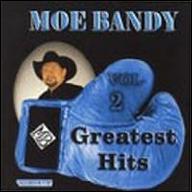 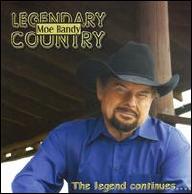 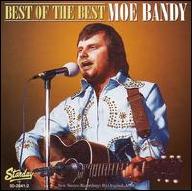 Best Of The Best
2006
Videos
Close 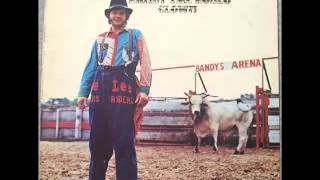 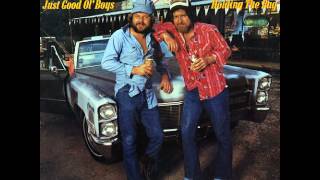 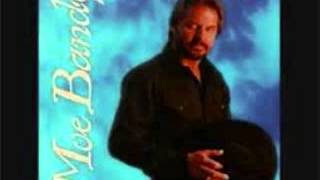 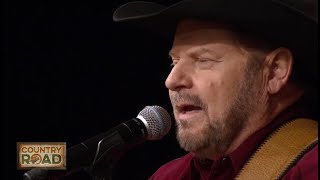 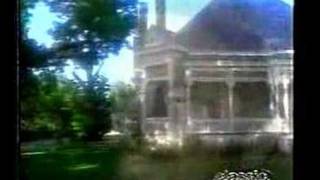 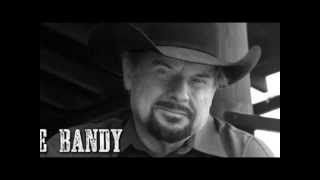 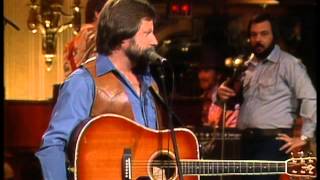 Moe Bandy - Here I Am Drunk Again/ Mind Your Own Business
Available here: