Close
John Rostill
June 16, 1942 - November 26, 1973 (age 31)
Biography
John Rostill was a bassist and songwriter who became a star as a member of the Shadows in the mid-'60s. Indeed, he was the longest-serving and last bassist to be a full-fledged member of the group. Rostill was born in 1942 in Birmingham, England, and reached his teens just as the skiffle and rock & roll booms were starting. Birmingham was a city with a music scene at the start of the '60s that was every bit as lively as anything Liverpool or London had to offer, and Rostill was one of the city's busier bassists, touring with acts such as the Terry Young Six, the Flintstones, and the Interns, and as part of British soul music legend Zoot Money's early backing band. He also played in the bands recruited to back such visiting artists as the Everly Brothers and Tommy Roe, and on bills with such up-and-coming talent as Gerry the Pacemakers. The Shadows, who were ever on the lookout for worthwhile talent, first made note of Rostill's work during this period.

In 1964, bassist Brian Licorice Locking decided to exit the Shadows' lineup, and Rostill received the offer to replace him. He duly joined as a full member, this at a time when the Shadows were still selling huge amounts of records, though they were also receding very much into the second tier of British rock & roll, amid the rise of the Beatles, the Rolling Stones et al. Rostill was thrown into deep water up to his neck for his introduction to the group, joining in time to appear in the movie #Wonderful Life and then a world tour. On-stage and on record, he brought a then-unusual fingerpicking bass style to the group's sound, coupled with a forceful, driving approach. Lead guitarist Hank Marvin has described Rostill as "a virtuoso on the instrument." He and his playing went over well with the group, the fans, and the critics, and allowed the band to evolve their sound successfully into the second half of the '60s, up until what was intended as their official breakup in 1968, ten years after the start of the group's professional history. He also emerged as a composer during this period, his name appearing as writer or co-writer on several of their charting singles.

Rostill was back with the group for a brief reunion the following year on a tour of Japan (and the accompanying live album) that, in retrospect, the participants agree was done solely for the huge fees offered. He was then recruited into Tom Jones' band and spent the next four years backing the Welsh-born soul/pop singer (and can be heard of two Jones live albums, from Caesar's Palace and Las Vegas). In the interim, two of his former bandmates, Hank Marvin and Bruce Welch, after attempting a new musical career as part of Marvin, Welch, Farrar, re-formed the Shadows in 1973. Rostill was still working for Jones at the time and couldn't initially re-join the lineup -- he was also pursuing his songwriting more actively than ever, and, when he wasn't on the road with Jones, was often cutting demos in his home studio.

He was to have re-joined his old band, but it wasn't meant to be. On November 26, 1973, Bruce Welch visited Rostill's home, planning to work with him on some songs, and was unable to get a response when he knocked on the door of his home studio. Welch and Rostill's wife entered the studio and found the bassist dead from electrocution. Ironically, over the next three years, three of Rostill's songs, Let Me Be There, Please Mr. Please, and If You Love Me, Let Me Know, all became million-selling hits in recordings by Olivia Newton-John. Following Rostill's death, the Shadows never recruited another permanent bassist, instead employing bassists on a salaried basis for recordings and tours for the remainder of their history. ~ Bruce Eder, Rovi 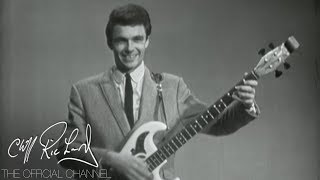 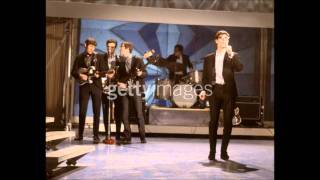 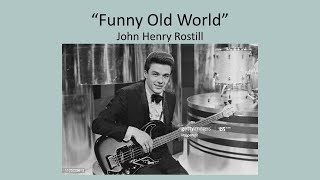 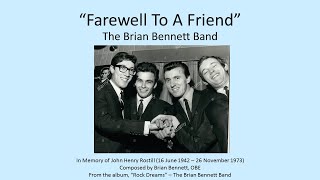 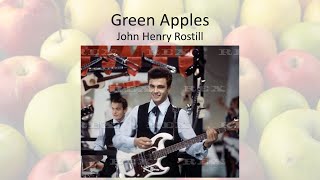 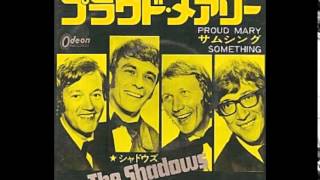 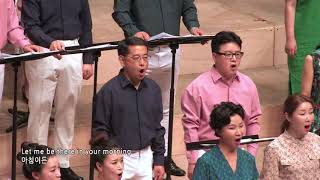