Close
Lloyd Daley
from Kingston, Jamaica
July 12, 1939 (age 81)
Biography
With the Jamaican music scene of the late '50s and early '60s having been dominated by a few producers, like Clement Coxsone Dodd, Duke Reid, and Prince Buster, the latter half of the '60s was ripe for a new and large array of studio auteurs. The island's musical terrain, like the one in the U.S., had, to a large extent, been steered by the men and women behind the scenes (stateside producers such as Mitch Miller, Phil Spector, Smokey Robinson, and Thom Bell come to mind). And while Jamaican solo artists and groups like the Wailers, Alton Ellis, Ken Boothe, and the Uniques grabbed the headlines, it was the island's producers who really helped corral the disparate elements and moved the music from its Jamaican RB and ska beginnings through to the rocksteady, reggae, and dancehall eras. Predating such well-known '80s and '90s producers as Prince Jammy, Henry Junjo Lawes, Sly Robbie, Bobby Digital, and Philip Fatis Burrell, the rocksteady and reggae producers from 1966-1978 included such equally legendary names as Joe Gibbs, Bunny Lee, Lee Perry, and Sonia Pottinger, as well as lesser-known, yet no less important figures like Keith Hudson, Winston Niney Holness, Clancy Eccles, and Harry Mudie. Out of this heady environment came Lloyd Matador Daley, a producer who set himself apart by eschewing the influence of U.S. soul (an integral ingredient in the development of rocksteady and reggae) in favor of more homegrown material with a distinct rasta/social bent -– spiritual and political themes often being preferred over lyrics touching on romance and good times. In this regard, Daley was one of the most original musical figures in Jamaican musical history, having helped pave the way for the rasta-centric roots period of the '70s. Daley's time on the scene may have been relatively brief (1968-1975), but his impact on the island's musical landscape was substantial.

Born in Kingston, Jamaica, on July 12, 1939, Daley took his first step into the audio arena by building his own radio at the age of 11; his hobby would soon prove to be an important one, as he was able to warn many of his neighbors of an impending hurricane that he heard of on his homemade device. He would later carry on his love of tinkering by studying electronics at the Kingston Technical College; after graduating, Daley opened his own repair shop in Kingston (Daley's rocksteady-reggae contemporary, Joe Gibbs, would follow a similar path by pursuing an electronics engineering certificate in the States and opening a TV repair shop in the early '60s). During this time, around 1958, Daley also built up his own sound system (using his own homemade amplifiers and speakers) to compete with such well-established outfits run by Reid, Dodd, and King Edwards. Citing their respective Duke, Sir, and King titles, Daley decided to go against the predominantly regal name trend and dub himself and his sound system Lloyd the Matador; it was a name he felt would reflect not only his originality, but one that would also touch on both his early struggles in the business and his intent to conquer the bullish competition (this bit of musical jousting was part of long Jamaican tradition amongst both musicians and producers).

Refused any records to play on his system by both Dodd and Reid (in addition to his own popular productions, Dodd also hoarded the latest RB records he picked up on trips to America), Daley decided to supply his own music by going into the recording business himself in 1959. He cut his initial sides at Ken Khouri's Federal Studios, one of first recording studios in Jamaica. Using such future Jamaican musical luminaries as tenor saxophonist Roland Alphonso, trumpeter Johnny Dizzy Moore, and Headley Bennett (Alphonso and Moore, of course, would later help form the legendary Skatalites band during the ska years), Daley cut such fine Jamaican RB instrumentals as Bridgeview Shuffle (a reference to his neighborhood in Kingston) and Continental Rock. Soon after his recording debut, Daley married his childhood sweetheart, Deanna. She could boast her own important musical past, having been the daughter of Jamaican bandleader Eric Deans. Deans not only was one of the island's most important musical figures during the '40s and '50s, but he also taught music at the famous Alpha Boys School, which counted among its student ranks such former band members of his as Don Drummond, Tommy McCook, and Baba Brooks. Deanna would later prove herself a fine songwriter by contributing songs to several of Daley's sessions.

His next step was to open a rehearsal facility of his own. Originally a venue where Daley would compete in "sound clashes" with other sound system operators, 43 Waltham Park Road would eventually be bought and converted into a studio by the budding producer. Augmenting her songwriting ventures, Deanna ran a beauty parlor upstairs and managed Daley's TV and radio repair service downstairs. And before Daley could begin his recording work in earnest, he would experience the kind of prejudice some other record entrepreneurs had come up against: operating on a Kingston street corner one day, Daley had his sound system equipment confiscated and partially destroyed by the police, who claimed the noise was disturbing the prime minister's residence a few miles away. After this experience, Daley permanently traded in his disc-spinning job for studio work, and began his highly successful run as a reggae producer.

Using his Matador facility as a pre-recording venue, Daley would audition and thoroughly rehearse various singers and acts before going into either Federal or Dynamic Studios to cut records. As a result of his perfectionism -– and in contrast to some records made at the time -- Daley's output always sounded air tight. Starting in 1968, Daley began to score with a slew of hits. His first success came with the Scorchers' Uglyman, a driving harmony track decrying the wayward acts of Kingston's criminal "rude boy" set. His biggest hit, though, would be Little Roy's stomping rasta chant Bongo Nyah, which, in 1969, went to number one on the Jamaican charts and became Matador's biggest-selling record. In addition to cutting a handful of other songs for Daley in the early '70s, Roy has continued in his dedication to Rastafarianism, while also keeping up his musical connections as both a singer and producer. Starting with Roy's hit, Daley's reputation for homegrown hits of a decidedly social/rasta nature continued unabated with cuts like Audley Rollins' Repatriation, Blake Boy's Deliver Us, Errol Brown's Sodom and Gomorrah, Bongo Herman's Tribute to the President, and the Gladiators' Freedom Train.

In addition to these artists, Daley also produced such contemporary and future Jamaican solo stars as John Holt, Alton Ellis (Back to Africa) and Dennis Brown (who cut his first number one with Daley in 1970, Baby Don't Do It). Complimenting these incomparable men at the microphone, Daley also produced stellar harmony groups like the Caribbeans, the Ethiopians (their Daley-produced Owe Me No Pay Me intoning a common complaint reggae artists made in regards to some producers), the Uniques, the Wailing Souls, the Creators, the Viceroys, and the Jesters. And reflecting the trend amongst most rocksteady and reggae studio svengalis, Daley peppered his catalog with fine DJ and instrumental tracks, as well: DJ cuts of import include sides by U-Roy, Big Joe, Lone Ranger, and I-Roy, while choice instrumentals were laid down by organists Jackie Mittoo (of Skatalites and Studio One fame), Lloyd Charmers, and Neville Hinds.

As he did when choosing his performers and in regards to other session details, Daley certainly didn't skimp when it came to putting together his ever-changing studio band. Culling players from such venerable studio outfits as the Soul Vendors, Tommy McCook the Supersonics, Lyn Taitt the Jets, the Hippy Boys, and the Upsetters, Daley counted among his session men such top players as the rhythm tandem of drummer Aston Family Man Barrett and bassist Carlton Carly Barrett; pianists Boris Gardiner, Gladstone Anderson, and Theo Beckford; organist Winston Wright; guitarists Hux Brown, Eric Frater, and Jah Jerry; bassist Jackie Jackson; and drummers Hugh Malcolm and Carl McCloud. And Daley topped this solid base with such Jamaican reed and brass greats as Lester Sterling, Carl Bryant, McCook, Alphonso, Vin Gordon, Dizzy Moore, and Rico Rodriguez, as well as the cryptic percussion duo of Sticky and Skully.

Even with all of his hits and the help of some of the music's best, Daley decided to quit the record business after 1975 and return to his work as an electronics engineer. Citing Jamaica's lack of copyright laws, piracy, and bad dealings with record companies in Jamaica and abroad, Daley couldn't justify continuing to pour so much money and effort into recordings while getting burned on the business end of things -- an unfortunate situation, to say the least. And while Daley's output still needs some serious reissuing, savvy reggae fans can check out some of his top tracks on Heartbeat's Lloyd Daley's Matador Productions, 1968-1972 and Jamaican Gold's two volumes of 1969-1970 material, From Matador's Arena. Jamaican Gold has also put out a fine collection of Daley's early ska-era material, Shuffle 'n Ska Time With Lloyd, which features cuts by Owen Gray, Roland Alphonso, the Overtakers, Neville Esson, Raymond Harper, and Rico Rodriguez. ~ Stephen Cook, Rovi 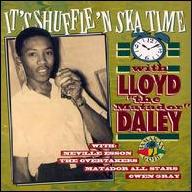 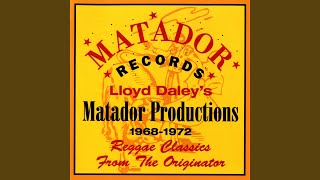 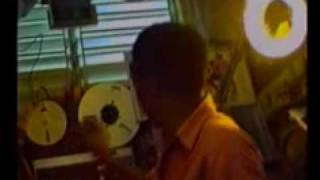 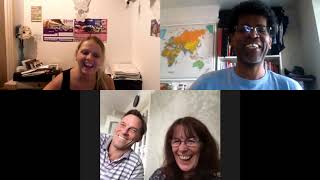 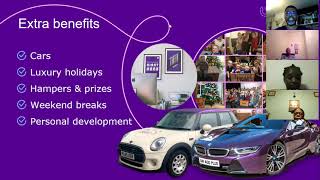 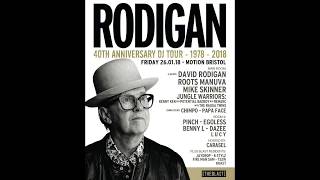 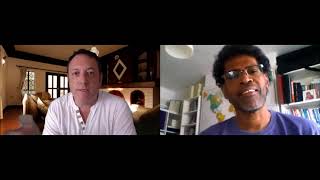 A conversation with John Kettley 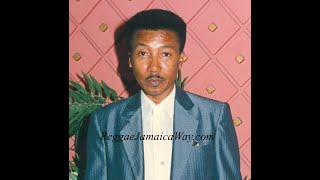