Close
Delroy Wilson
from Kingston, Jamaica
October 5, 1948 - March 6, 1995 (age 46)
Biography
Delroy Wilson was one of Jamaica's most soulful vocalists, and over a 40-year career the singer unleashed a flood of hits and a multitude of masterpieces. Born on October 5, 1948, in the Kingston neighborhood of Trenchtown, Wilson's phenomenal talent would be his ticket out of the ghetto, and his discovery by producer Coxsone Dodd in 1962 would change the path of Jamaican music. His first recording for Dodd, If I Had a Beautiful Baby did little, but the producer stuck by his prodigy, and his follow-up Spit in the Sky, was a sound system smash. That number was Dodd's personally composed smack at rival Prince Buster, while Lee Perry penned Wilson's Joe Liges as a sharp rebuke aimed at Buster's Bad Minded People. Joe Liges garnered Wilson his first chart hit, and sparked Jamaican's continuing love affair with pint-sized singing stars.

The vinyl battle continued across a clutch of notable singles, including Prince Pharaoh and I Shall Not Remove, the latter titling Wilson's 1966 debut album, while he also cut the proto-Rasta Lion of Judah. Across the ska era, the teen sensation recorded a steady stream of popular numbers for Dodd, and even better material was to come once he hit puberty and his voice broke. Wilson's cover of the Tams' Dancing Mood arrived in 1966, helping to set the stage for the rocksteady era. The song was a smash, and remained a fan favorite, prompting the singer to recut the song several times in later years.

A deluge of classic hits followed over the next year. Riding for a Fall, Once Upon a Time, Won't You Come Home, Conquer Me, True Believer, I'm Not a King, and Rain from the Sky all flooded out of Studio One and onto the Jamaican chart, establishing Wilson as one of the label's biggest hitmakers. Many of these seminal rocksteady masterpieces were gathered up by Dodd for the 1969 set The Best of Delroy Wilson, better known as Original Twelve. Wilson's lesser hits were equally fabulous, and songs like Run Run, Ungrateful Baby, It's Impossible, and Mr. DJ (aka Feel the Spirit) are today considered classics.

By his late teens, the singer was delivering the kind of emotionally nuanced and soulful performances that would define his adult work. It was at this point, in 1967, that Wilson split from Dodd, and joined forces with producer Bunny Lee. It turned out to be only a brief flirtation, but did result in a clutch of notable recordings, including This Old Heart of Mind, before the singer returned to Studio One.

However, the following year, Wilson again departed Dodd's stable, and launched the WC label with fellow singer Wilburn Cole. The label was inaugurated with Wilson's solo Once Upon a Time and the duo's I Want to Love You. Both were fabulous numbers, but they couldn't save WC's fortunes, and like most Jamaican artist-owned labels, the venture failed. The Links label suffered the same fate. This was an even more extravagant venture, launched this same year by Wilson, Ken Boothe, the Gaylads and the Melodians. It too released only a small number of singles, including Wilson's fabulous Give Love a Try, before folding.

Thus before the year was out, the entire Links crew had moved en masse to producer Sonia Pottinger's stable. There Wilson unleashed another stream of classic singles, including the major hit Put Yourself in My Place. Even with this success, however, the singer remained restless, and briefly joined up with new producer Keith Hudson for a phenomenal recut of Run Run, retitled I'm Gonna Get You. Afterwards he rejoined many of his old Links compatriots at producer Leslie Kong's Beverley label. Among the superb songs Wilson cut there was Show Me the Way and the effervescent Gave You My Love.

1970 saw the artist's first tour of the U.K., where he also recorded a number of songs for the Trojan label. Back in Jamaica, Wilson continued the studio rounds, working with a variety of producers, including his old mentor Coxsone Dodd, but most memorably with Bunny Lee. In 1971, Wilson and Lee unleashed Better Must Come, a sufferer's song whose yearning for better days was used by the People's National Party as their campaign theme song. The number defined the times, and helped sweep the PNP to electoral victory, while also titling Wilson's next album. The singer followed up his smash with the equally memorable Cool Operator.

Wilson continued cutting excellent sides for Lee, as well as numerous other producers. There were return engagements with Pottinger, Dodd, and Hudson; the latter's Addis Abada is of particular note. There were stints with Niney Holness, including the anthemic hit Rascal Man and superb "Half Way Up the Stairs"; fabulous recordings with Joe Gibbs including Mash Up Illiteracy and Pretty Girl; the astoundingly creative Ain't That Peculiar for Douglas Williams; Have Some Mercy, a major hit cut for A. Folder; as well as equally excellent work with Gussie Clarke, Harry J Johnson, Phil Pratt, Vincent Chin, and others.

1976 brought another smash, a sublime cover of Bob Marley's I'm Still Waiting, cut for Lloyd Charmers. A stellar new album Sarge, and the Tony Robinson produced Greatest Hits both arrived this same year. And the hits just kept coming. Among them was All in This Together and Come in Heaven for Gussie Clarke, and a stream of stellar singles for the likes of Jack Ruby and Bob Andy.

Still, Wilson's career was considerably slowed by the rise of the DJs in the early '80s. However, he bounced back with 1987's Don't Put the Blame on Me, cut for King Jammy, and the equally successful Lee produced Ease Up the following year. Phil Pratt would oversee his 1986 album, Looking for Love, while Earl Flabba Holt produced the following year's Which Way Is Up. In 1994, Wilson's enduring legacy to Jamaican music was recognized by a special plaque awarded him by the Jamaican government and presented by Prime Minister Patterson. Although the singer continued recording sporadically during the early '90s, by then his health was failing. Tragically, Wilson died of cirrhosis of the liver on March 6, 1995. ~ Jo-Ann Greene, Rovi 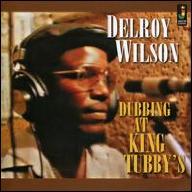 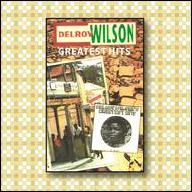 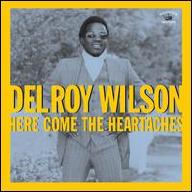 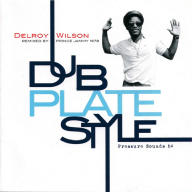 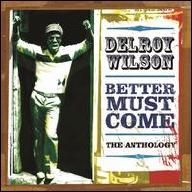 Better Must Come: The Anthology
2004 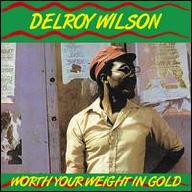 Worth Your Weight in Gold
2003 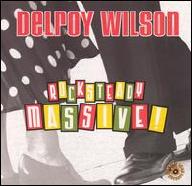 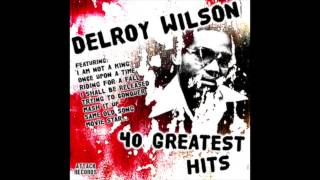 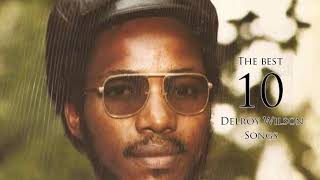 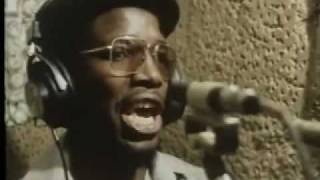 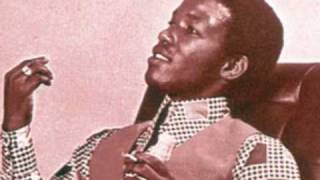 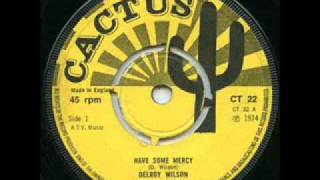 Delroy Wilson - Have Some Mercy + Version 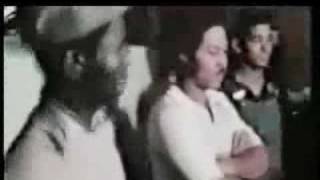 Delroy Wilson - The Last Thing On My Mind 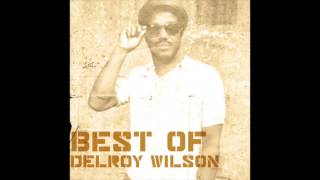