Close
Sweethearts of the Rodeo
from California
formed January 1, 1973 (age 47)
Biography
Sister duo the Sweethearts of the Rodeo scored a series of Top Ten country hits during the late '80s with a blend of contemporary country-rock and traditional bluegrass. Janis (born November 28, 1959) and Kristine Oliver (born March 1, 1957) grew up in the Los Angeles suburb of Manhattan Beach and started singing harmony together while still in elementary school. As teenagers, they performed together in garage bands and, later, acoustic bluegrass groups and also played by themselves in coffeehouses as the Oliver Sisters. In addition to bluegrass, they also took a strong liking to country-rock groups like Poco and the Byrds and eventually renamed themselves the Sweethearts of the Rodeo after the latter group's classic country-rock album. Their music took a similar turn, and after high school they performed at clubs and festivals around Southern California. Emmylou Harris took a liking to them, and soon the Sweethearts were opening for prominent country acts and occasionally singing backup session vocals; after a while on the scene, they found husbands in Pure Prairie League lead singer Vince Gill (Janis) and Blue Steel guitarist Leonard Arnold (Kristine). In 1983, the Gills moved to Nashville for the sake of Vince's budding solo career, and the Arnolds followed suit several months later.

While supporting their husbands and raising their families, Gill and Arnold started singing again, and in 1985 they won a high-profile talent competition that resulted in a deal with Columbia. Their self-titled debut album was released the following year, and their first single, Hey Doll Baby, just missed making the country Top 20. The follow-up, Since I Found You, turned out to be the first of seven consecutive Top Ten hits as well as the first songwriting success for Foster Lloyd, who would land a record deal of their own in the wake of the song's breakthrough. Both Sweethearts of the Rodeo and its 1988 follow-up, One Time, One Night, sold well on the strength of singles like Chains of Gold, Gotta Get Away, Midnight Girl/Sunset Town, Blue to the Bone, Satisfy You, and a bluegrass reworking of the Beatles' I Feel Fine. 1990's Buffalo Zone wasn't as commercially successful, and although the sisters wanted to experiment with their sound, the label pushed for more of what had made their initial singles hits; additionally, Columbia was frustrated with their reluctance to tour extensively, owing to their family commitments.

After the disappointing sales of 1992's Sisters, Columbia dropped them, and they signed on with the roots label Sugar Hill, which allowed them much greater creative control. Their first effort was 1993's Rodeo Waltz, and it marked a return to their roots in acoustic bluegrass, folk, and classic country. Gill and Arnold subsequently opened their own clothing store in their Tennessee hometown of Franklin. They returned to recording with 1996's Beautiful Lies, an even rootsier offering that blended rock covers with bluegrass classics and old-time country tunes. The Sweethearts also continued to tour, both alone and with a backing band. ~ Steve Huey, Rovi 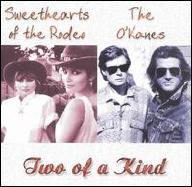 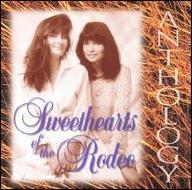 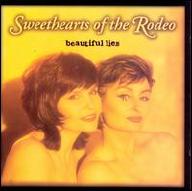 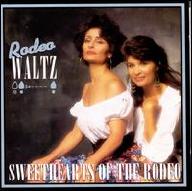 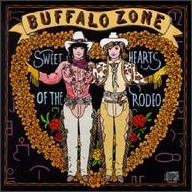 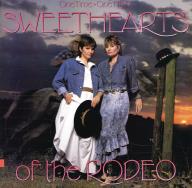 One Time, One Night
1988
Videos
Close 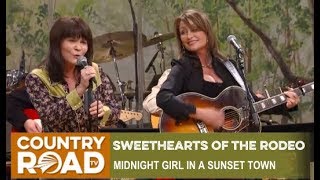 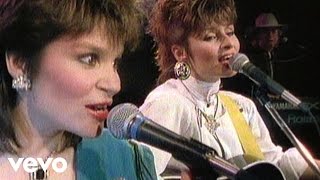 Sweethearts of the Rodeo - Satisfy You 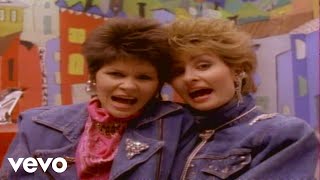 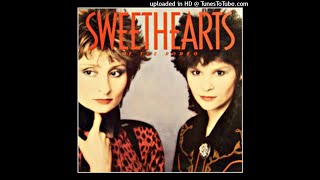 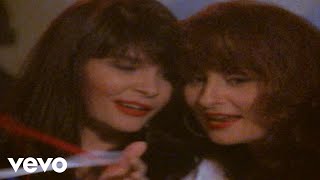 Sweethearts of the Rodeo - Devil And Your Deep Blue Eyes 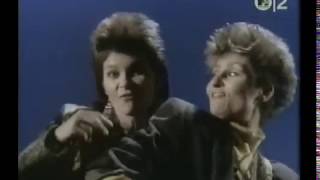 Sweethearts of the Rodeo - Since I Found You 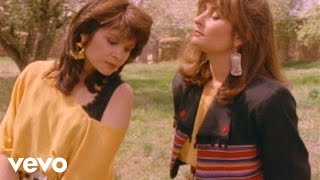