Close
Nile Rodgers
from New York, NY
September 19, 1952 (age 68)
Biography
Nile Rodgers' contribution to popular music has been extremely significant, so much more than the signature "chucking" style he developed as a brilliant rhythm guitarist. The musician penned some of the most progressive and popular songs of the disco era with Chic, who topped the Billboard Hot 100 with "Le Freak" and the hip-hop catalyst "Good Times," and released platinum albums such as C'est Chic (1978) and Risqué (1979). He has since produced dozens of hits, over several decades, for a wide variety of other artists, including Diana Ross' "Upside Down," David Bowie's "Let's Dance," Madonna's "Like a Virgin," and Daft Punk's "Get Lucky," and has remained an inspiration for aspiring musicians born long after disco's supposed death. Rodgers continued to lead Chic 40 years after the band's debut, even after he and partner Bernard Edwards became Songwriters Hall of Fame members. Revitalized in the late 2010s as the main attraction at festivals as diverse as Essence and Glastonbury, Chic returned to the studio for It's About Time (2018).

Born September 19, 1952 in New York, New York, Rodgers clearly possessed exceptional musical talent early on, and by the age of 19, he was playing guitar as part of the house band for the world-famous Apollo Theatre (alongside the likes of Aretha Franklin and Funkadelic). He was probably the lone member of the Sesame Street house band with a prior Black Panther Party affiliation. Rodgers soon grew tired of his status as a backup musician, however, and sought to put together a band of his own. He found a like-minded musician in another New York City resident, bassist Bernard Edwards, during the early '70s. For the next few years, Rodgers and Edwards collaborated while playing in such obscure bands as the jazz fusion-based Big Apple Band, and the new wave-based Allah the Knife Wielding Punks. But the duo's love remained in dance music, and their next musical project, Chic, put them on the map. With drummer Tony Thompson and singers Norma Jean Wright and Alfa Anderson rounding out the lineup, Chic quickly grabbed a record deal with Atlantic.

Almost immediately, Chic became the kings and queens of the dance/disco domain, scoring such hit albums as 1977's Chic, 1978's C'est Chic, and 1979's Risqué, the latter two of which went platinum. The band's uptempo, infectious hit singles became dancefloor standards, including "Dance Dance Dance (Yowsah Yowsah Yowsah)," and especially a pair of chart-toppers, "Le Freak" and "Good Times." With the dawn of the '80s came the disco backlash. Chic's albums sold less and less, resulting in the group's split in 1983, but Rodgers' music career was just beginning. Toward the end of his tenure in Chic, he and Edwards had begun producing and writing for other artists, including hits for Sister Sledge ("We Are Family") and Diana Ross ("I'm Coming Out"). So with Chic no longer occupying most of his time, Rodgers was free to focus solely on working with others. What followed was a string of the post-disco era's biggest albums and singles. First up was Let's Dance, one of David Bowie's all-time best-selling albums. From there, offers from others flooded in, as Rodgers scored further hits -- INXS' "Original Sin," Duran Duran's "The Reflex" and "Notorious," Madonna's "Like a Virgin," Mick Jagger's "She's the Boss," Jeff Beck's "Flash," the B-52's' "Cosmic Thing," and the Vaughan Brothers' "Family Style," among many others.

Additionally, Rodgers found time during this hectic period to issue a pair of solo albums, 1983's Adventures in the Land of the Good Groove and 1985's B-Movie Matinee, and scored films such as Coming to America, Earth Girls Are Easy, and Beverly Hills Cop III. Rodgers and Edwards put together a reunited version of Chic in the early '90s (with an all-new supporting cast), which toured and even issued an album, 1992's Chic-Ism. Rodgers was saluted with his own tribute show in Japan on April 18, 1996 that found him joined on-stage by his old pal Edwards, as well as Sister Sledge, Steve Winwood, Simon LeBon, and Slash. After the celebration, Edwards tragically passed away from pneumonia. Rodgers continued to be active, founding the We Are Family Foundation, and produced Duran Duran's Astronaut. Rodgers also operated a national music distribution company, Sumthing Distribution, which specialized in video game soundtracks.

Rodgers was as active as ever during the 2010s. At the beginning of the decade, he and Rhino France compiled the excellent four-disc box set The Chic Organization Box Set, Vol. 1: Savoir Faire. Despite being diagnosed with prostate cancer the same year, Rodgers kept moving as much as he could. He published the ceaselessly entertaining memoir Le Freak: An Upside Down Story of Family, Disco, and Destiny, continued touring, and worked with Daft Punk on the Grammy-winning Random Access Memories, including "Get Lucky," a number one pop hit in dozens of territories. Shortly after the song's release, he announced that his doctor had given him a secondary "all clear" regarding cancer. Rodgers subsequently worked with Disclosure, Duran Duran, and Laura Mvula, and continued to perform with Chic, including a headlining spot at the 2014 Essence Festival. In 2016, while a new Chic album was in the works, Rodgers and Edwards were inducted into the Songwriters Hall of Fame, and Chic headlined the Pyramid Stage of the 2017 Glastonbury Festival. It's About Time, the ninth Chic album, arrived the following year. ~ Andy Kellman & Greg Prato, Rovi 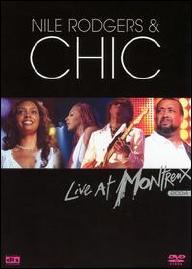 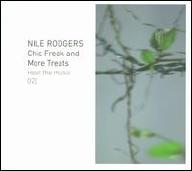 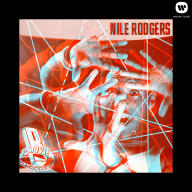 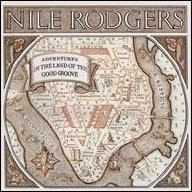 Adventures in the Land of the Good Groove
1983 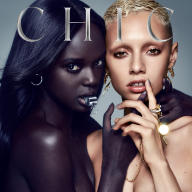 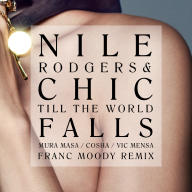 Till the World Falls
2019
Videos
Close 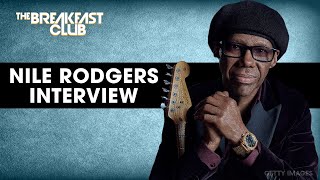 Nile Rodgers Explains The Stories Behind Some Of His Biggest Hits, Nelson Mandela Being A Fan + More 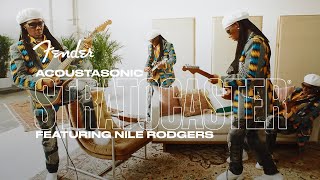 Nile Rodgers Performs “Inside The Box” with the Acoustasonic Stratocaster | Fender 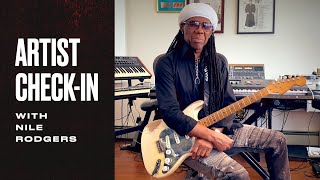 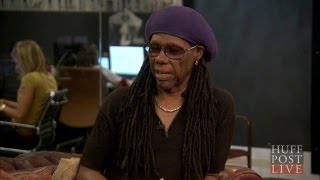 Nile Rodgers: Madonna Asked Me Why I Didn't Want To F*Ck Her | HPL 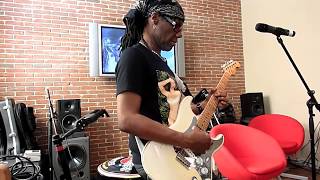 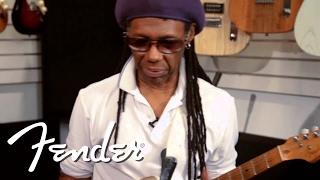