Close
...And You Will Know Us by the Trail of Dead
from Austin, TX
formed January 1, 1994 (age 27)
Biography
An unlikely but powerful combination of punk fury and prog-rock ambition, ...And You Will Know Us by the Trail of Dead started out as fiery iconoclasts, gradually refining their attack over a multi-decade career without losing any of their passion. In the late '90s, their cathartic live shows and propensity to destroy their gear translated to early manifestos like 1999's Madonna, but when they added more control and polish to their music on 2002's landmark major-label debut Source Tags Codes, they created one of the most epic alternative rock albums of the early 2000s -- a time when epic rock wasn't exactly fashionable. ...And You Will Know Us by the Trail of Dead's fondness for grand gestures, as well as the intricate yet expansive sounds of Pink Floyd and Yes, informed later works such as 2005's Worlds Apart, and their maverick spirit led them to release several albums, including 2009's The Century of Self, on their own imprint. The band stayed true to their fervent yet philosophical approach in the 2010s and beyond, resulting in triumphs like 2011's Tao of the Dead and 2020's X: The Godless Void and Other Stories, which found Trail of Dead celebrating their 25th anniversary with renewed vigor.

The earliest version of ...And You Will Know Us by the Trail of Dead was formed in late 1994 by singers/guitarists/drummers Jason Reece and Conrad Keely, a pair of longtime friends who met in Hawaii and settled in the indie hotbed of Olympia, Washington. There, Reece drummed for bands including the queercore outfit Mukilteo Fairies and Honeybucket, while Keely played with Benedict Gehlen and Nancyville as he studied at Evergreen State College. After relocating to Austin, Texas, Keely and Reece began playing shows as "You Will Know Us by the Trail of Dead," eventually adding both the conjunction and the ellipsis to the band's name.

They soon recruited guitarist Kevin Allen and bassist/sampler Neil Busch, thus transforming from an indie two-piece into an arty quartet. After contributing the song "Novena Without Faith" to the 1995 cassette compilation Austin Live Houses and issuing a live cassette on the local Golden Hour label, AYWKUBTTOD signed to Trance Syndicate, the label owned by the Butthole Surfers' King Coffey. Early in 1998, they released their self-titled debut, which captured the energy of their already-legendarily anarchic concerts. Following the label's collapse, the band moved to Merge Records, recording Madonna with producer Mike McCarthy and releasing it in late 1999. The group re-teamed with McCarthy for their 2002 Interscope debut, Source Tags Codes, which earned widespread acclaim for its elaborate instrumentation and formidable songwriting. Appearing in 2003, The Secret of Elena's Tomb EP continued Source Tags Codes' mix of anthemic rock and reflective ballads.

In 2004, drummer/percussionist Doni Schroader joined the band's lineup along with bassist Danny Wood, who replaced Busch. With 2005's Worlds Apart, AYWKUBTTOD's music became more intricate, and with the addition of touring keyboardist David Longoria, they became a six-piece for the lengthy tour supporting the album. Though Worlds Apart earned critical acclaim, its sales were disappointing. However, AYWKUBTTOD found inspiration in their frustration and bounced back with So Divided, another ambitious set of songs, in November 2006. Further lineup changes followed: keyboardist Clay Morris stepped in for Longoria, drummer Aaron Ford replaced Schroader, and Wood was replaced by bassist Jay Leo Phillips. In 2007, the band composed the music for the roller derby documentary Hell on Wheels and toured internationally.

When Trail of Dead began recording again, they launched their own label, Richter Scale Records, in partnership with the Texas-based Justice Records. Free of the constraints of conventional label deals, the group released an EP, 2008's Festival Thyme, to ramp up support for a full-length album. The Century of Self followed in February 2009.

AYWKUBTTOD then scaled down their lineup, choosing to record their next album as a four-piece. Recorded in ten days, 2011's Tao of the Dead was one of the band's most conceptual works to date, with a 16-song set list divided into two lengthy tracks, each of which was performed in a specific musical key. After Keely's move to Cambodia's capitol city, Phnom Penh, he, Reece, and Tao of the Dead recruits Autry Fulbright and Jamie Miller headed to Hanover, Germany, in mid-2012 to record Lost Songs. One of the group's most overtly political sets of songs, the album was released that October. The band returned to Texas' Hill Country to record 2014's IX, an introspective set named after the ninth planet in the solar system in the world of Frank Herbert's Dune.

Following their tour in support of that album, AYWKUBTTOD took some time off, during which Keely issued the 2016 solo album Original Machines. The next year, the group celebrated the 20th anniversary of Madonna by playing the album in full on a European tour. In 2018, Keely moved back to Austin, and he and Reece began working intensely on their next album. Building on the introspective feel of IX, X: The Godless Void and Other Stories featured production by Keely and engineer Charles Godfrey. It appeared on Dine Alone in January 2020, the beginning of the band's 25th year together. ~ Heather Phares and Jason Ankeny, Rovi 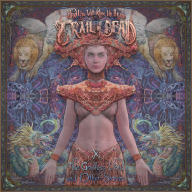 X: The Godless Void And Other Stories
2019 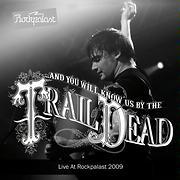 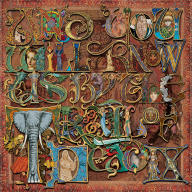 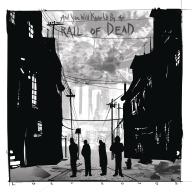 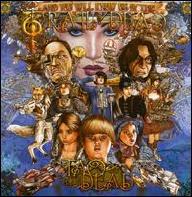 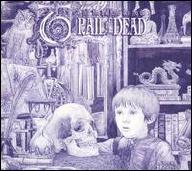 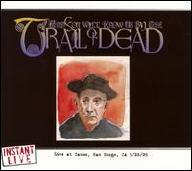 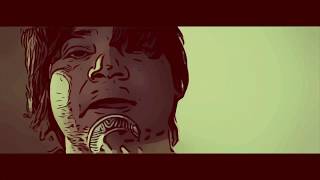 ...And You Will Know Us By The Trail Of Dead - Don't Look Down (Official Video) 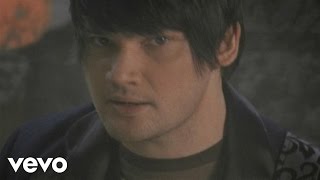 ...And You Will Know Us By The Trail Of Dead - The Rest Will Follow 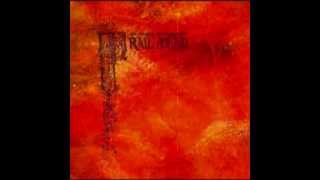 ...And You Will Know Us By The Trail Of Dead - How Near How Far 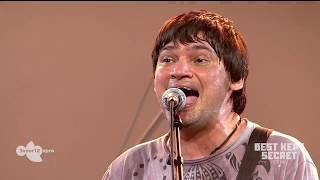 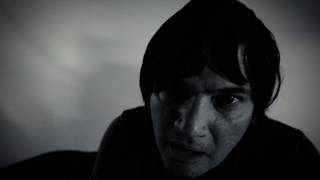 ...And You Will Know Us By The Trail Of Dead - Something Like This (Official Video) 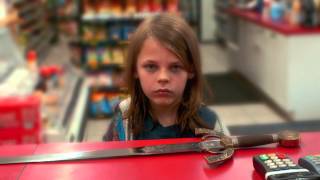 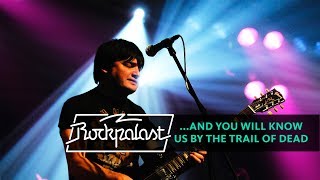