Close
Art Blakey
from Pittsburgh, PA
October 11, 1919 - October 16, 1990 (age 71)
Biography
In the '60s, when John Coltrane and Ornette Coleman were defining the concept of a jazz avant-garde, few knowledgeable observers would have guessed that in another 30 years the music's mainstream would virtually bypass their innovations, in favor of the hard bop style that free jazz had apparently supplanted. As it turned out, many listeners who had come to love jazz as a sophisticated manifestation of popular music were unable to accept the extreme esotericism of the avant-garde; their tastes were rooted in the core elements of "swing" and "blues," characteristics found in abundance in the music of the Jazz Messengers, the quintessential hard bop ensemble led by drummer Art Blakey. In the '60s, '70s, and '80s, when artists on the cutting edge were attempting to transform the music, Blakey continued to play in more or less the same bag he had since the '40s, when his cohorts included the likes of Charlie Parker, Miles Davis, and Fats Navarro. By the '80s, the evolving mainstream consensus had reached a point of overwhelming approval in regard to hard bop: this is what jazz is, and Art Blakey -- as its longest-lived and most eloquent exponent -- was its master.

The Jazz Messengers had always been an incubator for young talent. A list of the band's alumni is a who's who of straight-ahead jazz from the '50s on -- Lee Morgan, Wayne Shorter, Freddie Hubbard, Johnny Griffin, Jackie McLean, Donald Byrd, Bobby Timmons, Cedar Walton, Benny Golson, Joanne Brackeen, Billy Harper, Valery Ponomarev, Bill Pierce, Branford Marsalis, James Williams, Keith Jarrett, and Chuck Mangione, to name several of the most well-known. In the '80s, precocious graduates of Blakey's School for Swing would continue to number among jazz's movers and shakers, foremost among them being trumpeter Wynton Marsalis. Marsalis became the most visible symbol of the '80s jazz mainstream; through him, Blakey's conservative ideals came to dominate the public's perception of the music. At the time of his death in 1990, the Messenger aesthetic dominated jazz, and Blakey himself had arguably become the most influential jazz musician of the past 20 years.

Blakey's first musical education came in the form of piano lessons; he was playing professionally as a seventh grader, leading his own commercial band. He switched to drums shortly thereafter, learning to play in the hard-swinging style of Chick Webb and Sid Catlett. In 1942, he played with pianist Mary Lou Williams in New York. He toured the South with Fletcher Henderson's band in 1943-1944. From there, he briefly led a Boston-based big band before joining Billy Eckstine's new group, with which he would remain from 1944-1947. Eckstine's big band was the famous "cradle of modern jazz," and included (at different times) such major figures of the forthcoming bebop revolution as Dizzy Gillespie, Miles Davis, and Charlie Parker. When Eckstine's group disbanded, Blakey started a rehearsal ensemble called the Seventeen Messengers. He also recorded with an octet, the first of his bands to be called the Jazz Messengers. In the early '50s, Blakey began an association with Horace Silver, a particularly likeminded pianist with whom he recorded several times. In 1955, they formed a group with Hank Mobley and Kenny Dorham, calling themselves "Horace Silver and the Jazz Messengers." The Messengers typified the growing hard bop movement -- hard, funky, and bluesy, the band emphasized the music's primal rhythmic and harmonic essence. A year later, Silver left the band, and Blakey became its leader. From that point, the Messengers were Blakey's primary vehicle, though he would continue to freelance in various contexts. Notable was A Jazz Message, a 1963 Impulse record date with McCoy Tyner, Sonny Stitt, and Art Davis; a 1971-1972 world tour with "the Giants of Jazz," an all-star venture with Thelonious Monk, Dizzy Gillespie, Sonny Stitt, and Al McKibbon; and an epochal drum battle with Max Roach, Elvin Jones, and Buddy Rich at the 1964 Newport Jazz Festival. Blakey also frequently recorded as a sideman under the leadership of ex-Messengers.

Blakey's influence as a bandleader could not have been nearly so great had he not been such a skilled instrumentalist. No drummer ever drove a band harder; none could generate more sheer momentum in the course of a tune; and probably no drummer had a lower boiling point -- Blakey started every performance full-bore and went from there. His accompaniment style was relentless, and woe to the young saxophonist who couldn't keep up, for Blakey would run him over like a fullback. Blakey differed from other bop drummers in that his style was almost wholly about the music's physical attributes. Where his contemporary Max Roach dealt extensively with the drummer's relationship to melody and timbre, for example, Blakey showed little interest in such matters. To him, jazz percussion wasn't about tone color; it was about rhythm -- first, last, and in between. Blakey's drum set was the engine that propelled the music. To the extent that he exhibited little conceptual development over the course of his long career, either as a player or as a bandleader, Blakey was limited. He was no visionary by any means. But Blakey did one thing exceedingly well, and he did it with genius, spirit, and generosity until the very end of his life. ~ Chris Kelsey, Rovi 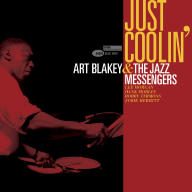 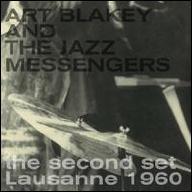 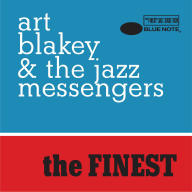 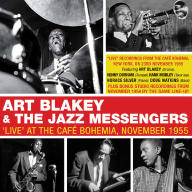 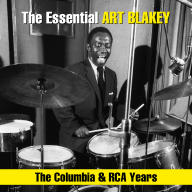 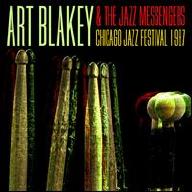 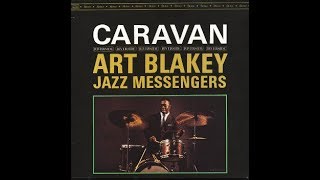 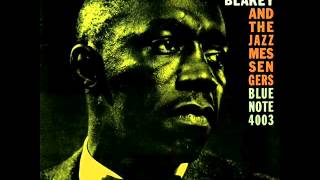 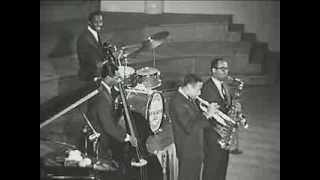 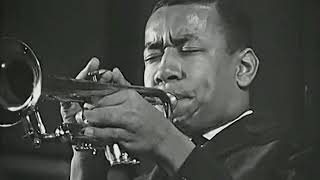 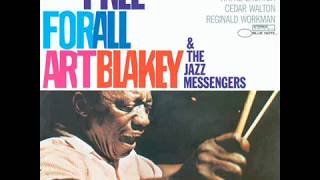