Close
The Mighty Diamonds
from Kingston, Jamaica
formed January 1, 1969 (age 52)
Biography
Vocal trio the Mighty Diamonds were one of the most internationally popular reggae groups to emerge from the '70s roots era. More accessible than many other roots outfits, the Diamonds boasted soulful, gorgeously pure harmonies and tight, catchy songwriting, much of it from within the group itself. They were devout Rastafarians, but balanced their spiritual and political messages with sweet romantic material, which gave them a more universal appeal than militant groups like Culture or Black Uhuru. Regardless of whether they were singing love songs or protest anthems, the Mighty Diamonds brought a startling emotional commitment to their best material, and their debut album, Right Time, still stands as one of roots reggae's all-time classics.

The Mighty Diamonds were formed in 1969 in the Kingston ghetto of Trenchtown, also home to Bob Marley. From day one onward, their lineup consisted of founder and harmony singer Pat Lloyd Ferguson (aka Judge Diamond, the Judge), lead singer Donald Shaw (aka Tabby Diamond, the Prophet), and harmony singer Fitzroy Simpson (aka Bunny Diamond, the Jester). Their sweet sound and polished choreography were distinctly inspired by the Motown groups of the '60s. During the early '70s, they recorded for several producers, including Stranger Cole and Rupie Edwards, without much success. Finally, in 1973, they caught on at Byron Lee's Dynamic Sounds studio and notched their first hit with Shame and Pride.

From there, the group moved on to Joseph JoJo Hoo Kim's Channel One imprint in 1975. They scored two quick hits with Country Living and Hey Girl, and then had their biggest success yet with Right Time. Signed to a major-label deal with Virgin, the Mighty Diamonds issued their first album, also titled Right Time, in 1976. It was an instant classic, tackling a multitude of social and spiritual issues with powerful yet graceful music, and spawned further hits in I Need a Roof, Have Mercy, and Africa. Now stars in the U.K. as well as Jamaica, the group traveled to New Orleans to record their follow-up LP, Ice on Fire. Produced by Allen Toussaint, the album was an uneasy marriage of reggae and American RB, and was received poorly by the group's roots-minded fans.

Retreating from crossover territory, the Mighty Diamonds returned to Channel One and cut several strong roots albums over the next few years: 1978's Stand Up for Your Judgement, 1979's Tell Me What's Wrong, and the most acclaimed of the bunch, 1979's Deeper Roots. In the early '80s, the group started working with producer Gussie Clarke, reworking old Studio One rhythm tracks into new songs on their 1981 album Changes. One of those new songs, Pass the Kouchie (or sometimes "Kutchie"), was a major hit in Jamaica, and in 1982 it was covered by the Musical Youth for the U.S. and U.K. smash Pass the Dutchie (substituting a type of cooking pot for the original's marijuana slang).

In the mid-'80s, the Diamonds began to incorporate the digital sounds of ragga into their music, on albums like 1985's Struggling and the Clarke-produced efforts The Real Enemy (1987) and Get Ready (1988). Additionally, several collections of the group's unreleased work for Channel One appeared during the decade. Their recording pace slowed a bit in the '90s, though they still came up with fine new albums like 1993's smooth, soul-oriented Paint It Red and 1994's harder-hitting Speak the Truth. The group also continued its extensive international touring schedule up into the new millennium, and kept up a steady string of appearances at the annual Reggae Sunsplash Festival. ~ Steve Huey, Rovi 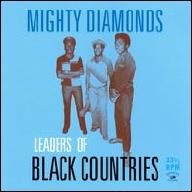 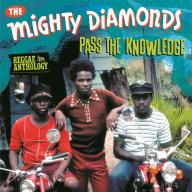 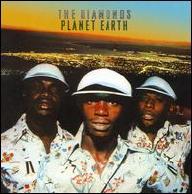 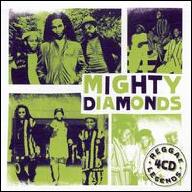 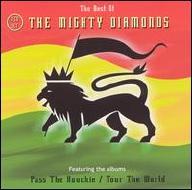 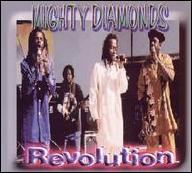 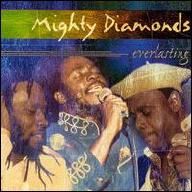 The Mighty Diamonds - Pass The Kouchie

The Mighty Diamonds - Have Mercy

Mighty Diamonds - I Need A Roof 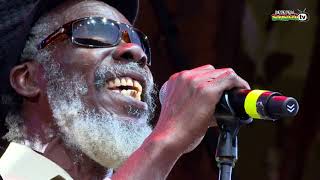 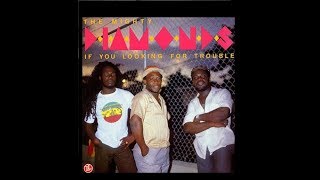 The Mighty Diamonds - If You Looking For Trouble (Full Album)