Close
Jerry Allison
from Hillsboro, TX
August 31, 1939 (age 81)
Biography
Jerry Allison was one of the first important drummers to emerge in rock & roll and rockabilly music, as the drummer for Buddy Holly the Crickets. Born Jerry Ivan Allison in Hillsboro, TX, in 1939, he joined Holly as his accompanist early in the latter's career, and for a time playing around Lubbock, TX, the two of them were the whole band -- just Holly's guitar and Allison's drums, and Allison knew how to get an incredible variety of percussion sounds, given the limitations of equipment in the era, sometimes working with as little as one snare, a cymbal, and a bass drum (if that). When Holly had his first, unsuccessful recording sessions in Nashville in 1956, Allison was there playing on some of the resulting songs, and he was always in the cards to be part of whatever group was to be assembled with Holly. That band, christened the Crickets in early 1957, took the form of a trio (and sometimes quartet, with the addition of second guitarist Niki Sullivan) with Holly, new bassist Joe B. Mauldin, and Allison. The latter two formed a tight rhythm section whose sound was often emulated or outright imitated by admirers, and across the decades since the Crickets have been in demand by numerous artists, in large part because of their distinctive sound. But Allison was more than just part of the rhythm section -- the delicacy and variety of his playing made him part of the melody, his tom-toms and snare work often serving to highlight aspects of the melody and the guitar parts, or even the lyrics. At his best, he was like a small orchestra working behind Holly, in a manner that anticipated the role that Keith Moon would play in the sound of the Who in the next decade.

Allison also contributed substantially to the group's songwriting. He is a composer in his own right, if not as visible in that role as Holly, and was responsible, among other parts of Holly's repertoire, for a good portion of the content of Peggy Sue (he has co-author credit on the song, and it was his girlfriend -- and future wife -- who provided the song's name). He has shared numerous songwriting credits across the decades, although his contribution to Buddy Holly's career has been somewhat obscured both by the cult that coalesced around Holly following his death and also the business practices of their manager/producer, Norman Petty -- as was all too often the case with rock & roll music of the era in which Holly and the Crickets worked, songwriting credits were frequently tampered with and parceled out unfairly. Allison was cheated of credit on at least one rock & roll classic, Not Fade Away, by Petty's machinations. Following the split with Holly in late 1958 and the latter's death in February of 1959, Allison became the leader of the Crickets. He also subsequently did occasionally assume the role of singer with the group, and has led versions of the group -- frequently with other longtime members -- across the decades since. His other credits include playing on the Everly Brothers hit Till I Kissed You, and he has played and recorded with artists ranging from Johnny Rivers (L.A. Reggae) to J.J. Cale (Troubadour). ~ Bruce Eder, Rovi 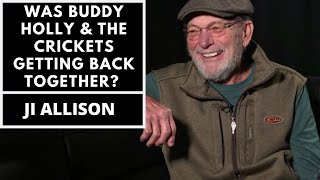 Was Buddy Holly & The Crickets getting Back Together? - JI Allison 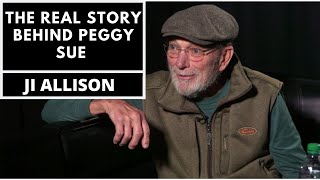 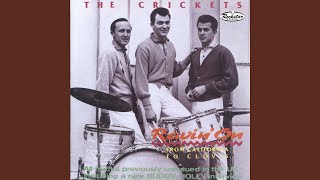 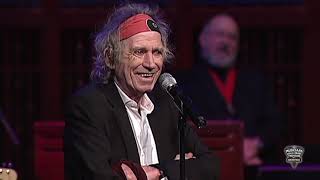 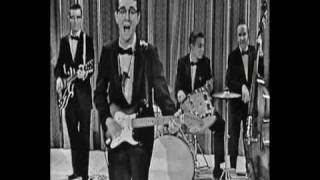 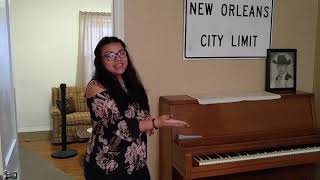 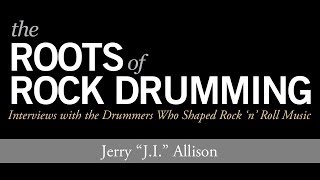