Close
Crosby, Stills & Nash
from Los Angeles, CA
formed January 1, 1968 (age 53)
Biography
The musical partnership of David Crosby, Stephen Stills, and Graham Nash, with and without Neil Young, was not only one of the most successful touring and recording acts of the late '60s, '70s, and early '80s (with the colorful, contrasting nature of the members' characters and their connection to the political and cultural upheavals of the time), it was the only American-based band to approach the overall societal impact of the Beatles.

The group was a second marriage for all the participants when it came together in 1968: Crosby had been a member of the Byrds, Nash was in the Hollies, and Stills had been part of Buffalo Springfield. The resulting trio, however, sounded like none of its predecessors and was characterized by a unique vocal blend and a musical approach that ranged from acoustic folk to melodic pop to hard rock. Crosby, Stills Nash, released in 1969, was perfectly in tune with the times, and the group proved an instant hit. By the time of their first tour (which included the Woodstock festival), they had added Young, also a veteran of Buffalo Springfield, who maintained a solo career.

The first CSNY album, Déjà Vu, was a chart-topping hit in 1970, but the group split acrimoniously after a summer tour. Four Way Street, a live double album issued after the breakup, was another number one hit. In 1974, CSNY re-formed for a summer stadium tour without releasing a new record -- nevertheless, the compilation So Far became their third straight number one. Crosby, Stills Nash re-formed without Young in 1977 for the album CSN, another giant hit. They followed with Daylight Again in 1982, but by then Crosby was in the throes of drug addiction and increasing legal problems. He was in jail in 1985-1986, but cleaned up and returned to action, with the result that CSNY reunited for only their second studio album, American Dream, in 1988.

CSN followed with Live It Up in 1990, and though that album was a commercial disappointment, the trio remained a popular live act; it embarked on a 25th anniversary tour in the summer of 1994 and released a new album, After the Storm. The trio again reunited with Young for 1999's Looking Forward, followed in 2000 by their CSNY2K tour. A DVD/CD set, CSN 2012, was filmed and recorded during a 2012 tour, and released that same year. ~ William Ruhlmann, Rovi 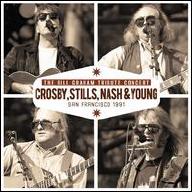 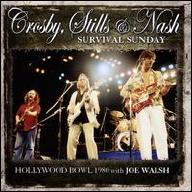 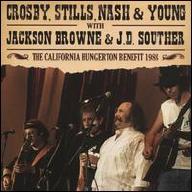 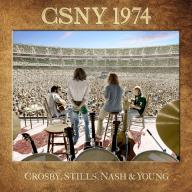 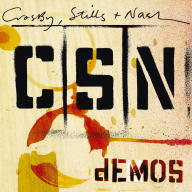 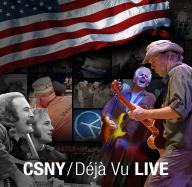 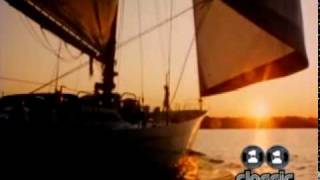 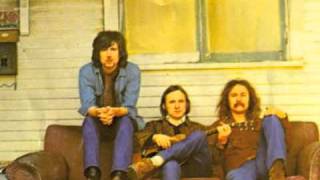 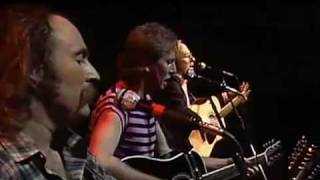 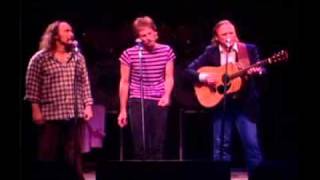 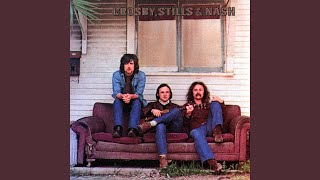