Close
John Farrar
Biography
John Farrar (pronounced Fare-ah) followed a path from his native Australia to England and finally to America that carried him from a career as a guitarist to a singer/songwriter and ultimately -- in conjunction with Olivia Newton-John -- to become one of the world's most successful producers of the 1970s and early '80s. Farrar was born in Melbourne in late 1946, and he took up the guitar at age 12, in 1957, just as rock & roll was making itself felt in Australia. By 1961 he was gigging with local rock bands in Melbourne. With fame and fortune far off in the future, Farrar thought he'd wind up being an obscure guitar player toiling away at equally obscure, out of the way recording studios.

But in 1964 he replaced Laurie Arthur on lead guitar in the Melbourne band the Strangers. The latter group was already one of the most popular in the city, and had made a name for itself over the previous three years doing a brand of instrumental rock heavily influenced by the English quartet the Shadows. The band played with visiting American artists Roy Orbison and Paul Paula, and shared the bill with the Surfaris and the Beach Boys. Their next big break came in 1966 when the Strangers were chosen as the resident backing band on the Melbourne-spawned youth-oriented television series #The Go Show. Among those who appeared on the program were singers Pat Carroll and Olivia Newton-John, who later toured England together; Newton-John, who was born there, remained in England, while Carroll eventually returned to Australia and started dating Farrar, whom she later married. Meanwhile, in 1968, legendary English rock group the Shadows met Farrar during their Australian tour and were suitably impressive with his work.

The Shadows, led by guitarists Hank Marvin and Bruce Welch, had gone on hiatus at the end of the decade. Ever since their emergence as a recording act in 1958, they'd been known primarily as an instrumentals band, and in 1970 Marvin and Welch decided to try recasting themselves and their work in new terms: as a vocal group specializing in harmony singing. They needed a third member and it was then that Newton-John -- who by then had met and become engaged to Welch -- brought up Farrar, who by then was married to Carroll. Farrar and his wife moved to England, and while things were being finalized, Farrar and Welch began producing some tracks for Newton-John. A single, a cover of Bob Dylan's If Not for You, was released by the English label Festival Records, and was a hit in the U.K. and the U.S. in September 1971. The track was also a huge country music hit, laying the foundation for Newton-John's future multi-market acceptance.

The trio of Marvin, Welch Farrar's self-titled album was released by EMI Records around February 1971. The group recorded two more albums, Second Opinion and a self-titled duo album, Hank Marvin John Farrar, which was released by EMI/Capitol around June 1975. Their effort at redefining their careers having failed, Marvin and Welch reactivated the Shadows as a full-time performing unit in the mid-'70s and Farrar was folded into their new, expanded five-man lineup as a second lead guitarist. They were also able to incorporate some of their vocal efforts from the trio into the group's sound, and Farrar's skills as an arranger further expanded the Shadows' sound across this period.

Meanwhile, Farrar remained busy on a second musical front, even as the Shadows resumed recording and touring, as Olivia Newton-John's career took off. The success of If Not for You generated interest in the singer from American labels. In 1971 she signed with MCA Records, and the If Not for You LP was issued on MCA's Uni label in November 1971. That same year, the single Let Me Be There climbed to number six pop and Top Ten country, becoming Newton-John's first gold single. The Let Me Be There album was her first gold album, charting on both pop and country. You Love Me (Let Me Know) went to number five pop and number one country in the spring of 1974, giving Newton-John her second gold single to go along with her second gold album. That year she received four nominations from the Country Music Association (CMA) and won the award for Female Vocalist of the Year. Originally intended as a cut on Peter Allen's AM Records debut album, I Honestly Love You was passed along to Newton-John by someone at the label's publishing company and discovered by Farrar, who found the piano/vocal demo tape in a bag stuffed with unsolicited tapes from aspiring songwriters. Co-written by Peter Allen and Jeff Barry, I Honestly Love You went number one pop in October 1974. (Allen recorded the song some years later.)

Farrar wrote Newton-John's next chart-topper during her first American tour while he was looking for musicians to back the singer in Minneapolis. In a nearby conversation, Farrar heard the word "mellow" spoken frequently, sparking his muse. Neither Farrar nor Newton-John wanted the song, now a track on her LP, to be a single, and neither believed it would be a hit, but Have You Never Been Mellow glided up to number one pop on March 8, 1975. Other Newton-John hits from 1975 were Please Mr. Please (number three pop) and Farrar's Something Better to Do (number 13 pop). The Have You Never Been Mellow album (February 1975) hit number one pop on the LP chart. Farrar and his wife relocated to the United States that year, in the wake of Newton-John's earlier move. And late in the year he parted company with the Shadows, following a string of successful albums and singles, culminating with the Live at the Paris Olympia concert recording. His departure resulted in the Marvin, Welch Farrar vocal numbers being dropped from the group's live sets, and their return to being almost exclusively an instrumental group.

In May 1976 Newton-John's Come on Over became her first number one country single and went to number 23 pop. The albums Clearly Love (October 1975) and Come on Over (1976) earned gold certifications. Released in the late summer of 1976, Don't Stop Believin' settled at number 33 pop and the album of the same name (October 1976) became her sixth consecutive gold album.

Feeling that their overall MOR/easy listening audience was shrinking and that they were beginning to stagnate creatively, Farrar and Newton-John contemplated taking their music in an edgy, more rock & roll-based direction. Soon afterward, Newton-John ran into film producer Allan Carr at a dinner party. Carr asked her to take the role of Sandy opposite John Travolta in his major movie adaptation of the stage hit Grease. The first single from the soundtrack, You're the One That I Want by Travolta and Newton-John, went all the way to number one pop in June 1978. In England, the single held the number one spot for nine weeks. The duet's follow-up single, Summer Nights, breezed up to number five pop and, in a bit of déjà vu, camped in the number one spot on the U.K. charts for seven weeks. Topping the LP charts that same year, the Farrar-produced Grease movie soundtrack was one of the first multi-platinum albums. The mega-hit movie's soundtrack spawned a slew of hit singles.

Released around November 1978, Newton-John's next MCA album, Totally Hot, had a harder rockish edge than her past offerings, no doubt from the influence of Farrar and Newton-John's experience working on the #Grease soundtrack. The hit singles were A Little More Love (number three pop) and Deeper Than the Night (number 11 pop). Sometime in 1979 Farrar produced an album for the Moir Sisters on Rocket Records/MCA. Newton-John's second film, #Xanadu, was a commercial flop in 1980, but that didn't stop the soundtrack -- on which Farrar was paired with Jeff Lynne of ELO -- from going platinum. Like the #Grease soundtrack, there were a number of hit single spinoffs. Farrar's Magic moved into the number one position on the pop charts for four weeks starting in August 1980, giving Newton-John her third number one single. The title track, Xanadu, was a number eight pop smash for her and ELO, traveling to number one in England. Suddenly by Newton-John and Cliff Richard went to number 20 pop. Also that year, Columbia Records released Farrar's solo self-titled debut in November.

As the '80s got underway, Newton-John slowly began to shed her squeaky-clean image -- but nothing could have prepared her fans for what was coming next. At the height of the fitness craze, the Farrar/Newton-John duo performed a stroke of genius. Physical, written by Steve Kipner and Terry Shaddick, was the perfect match of sweaty pro-exercise sentiments and sexual innuendo. Physical pumped its way up to number one pop, staying in place for an astounding ten weeks beginning November 21, 1981. Simultaneously, her fourth ABC-TV special, #Olivia Newton-John: Let's Get Physical, was aired. There was some controversy about the song's lyrics and the record was banned by some stations. None of this stopped the momentum, as both the single and the Physical album went platinum. The single received strong airplay on urban radio stations as well. Other hits from the album were Make a Move on Me (number five pop, April 1982) and Heart Attack (number three pop, November 1982).

Newton-John and Travolta were reunited in the movie #Two of a Kind, and a single from the soundtrack, Twist of Fate, twisted its way up to number five pop in January 1984. The single was her last Top Ten U.S. pop hit (the title track of her Soul Kiss LP peaked at number 20 pop, 1985), bringing to an end a mesmerizing run of success for Farrar and Newton-John. Though the singer had hits in other countries, most notably a duet with Cliff Richard (Had to Be), Newton-John's releases began to peak lower and lower on the U.S. charts. Farrar and Newton-John parted ways sometime later. In the 1990s, however, they were working together once again, reunited through the efforts of Cliff Richard and lyricist Tim Rice around the musical Wuthering Heights, which became a concept album on which she was featured on five songs. Farrar has reportedly been semi-retired since then, though his past work -- in association with Marvin, Welch Farrar, the Shadows, and Newton-John -- continues to be unearthed and reissued anew in the 21st century. ~ Ed Hogan & Bruce Eder, Rovi 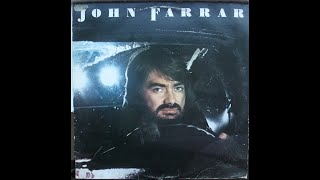 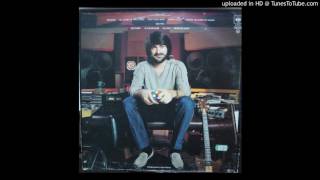 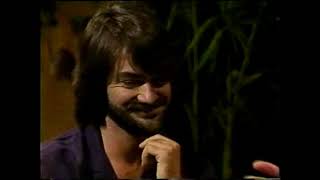 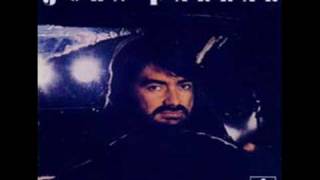 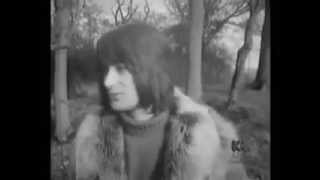 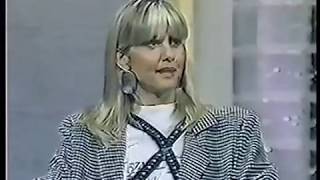