Close
Chris Hillman
from Los Angeles, CA
December 4, 1944 (age 76)
Biography
Along with frequent collaborator Gram Parsons, Chris Hillman was the key figure in the development of country-rock, virtually defining the genre through his seminal work with the Byrds and the Flying Burrito Brothers. Hillman was born on December 4, 1944, in Los Angeles, where he grew up listening to Spade Cooley and Cliffie Stone and taught himself to play guitar. In 1961, he and a pair of high school friends formed the Scottsville Squirrel Barkers and cut an album; a year later, he joined the Golden Gate Boys, a bluegrass band featuring Vern Gosdin. In honor of their new vocalist's prowess on the mandolin, the group renamed itself the Hillmen; after recording a self-titled LP with producer Jim Dickson, they broke up in 1963.

In 1964, the Beefeaters, an L.A. folk trio comprised of guitarists Jim (later Roger) McGuinn, David Crosby, and Gene Clark, released a single, "Please Let Me Love You"; after its commercial failure, they decided to add a bassist and drummer to their lineup. Their producer, Dickson, suggested Hillman for the bass position; although he had never picked up the instrument before, thanks to his bluegrass background he was able to quickly develop his own unique, melodic performance style. After the addition of drummer Michael Clarke, the quintet renamed itself the Byrds. At their label's insistence, they cut their first record with sessionmen, which meant that Hillman and Clarke sat on the sidelines during production; the resulting single, a jangly cover of Bob Dylan's "Mr. Tambourine Man," was a tremendous hit that marked the birth of the folk-rock form.

During the mid-'60s, the Byrds ranked as one of the most successful and influential American pop groups, issuing a string of massive hits like "Turn! Turn! Turn!," "Eight Miles High," and "So You Want to Be a Rock 'n' Roll Star" along with acclaimed albums like 1967's Younger Than Yesterday and 1968's brilliant The Notorious Byrd Brothers. Internal strife dogged the band, however, and by late 1967, only Hillman and McGuinn remained from the original roster. At about the same time, Gram Parsons entered the picture, and in December 1967, McGuinn invited him to join the group as a jazz pianist for a planned project embracing the history of American popular music. However, Parsons' mastery of country soon became the sessions' dominant focus, much to Hillman's delight, and the album the Byrds ultimately recorded, 1968's Sweetheart of the Rodeo, became the blueprint for all country-rock efforts released in its wake.

A tour followed, and so did disaster; Parsons did not agree with the group's decision to play apartheid-torn South Africa and subsequently quit the Byrds in July 1968. Three months later, Hillman followed suit and joined Parsons as a vocalist and guitarist in the re-formed Flying Burrito Brothers along with bassist Chris Ethridge, pedal steel player Sneaky Pete Kleinow, and drummer Jon Corneal. Further honing their hybrid sound by combining the energy and instrumentation of rock with the issues and themes of country, the Burritos recorded the landmark Gilded Palace of Sin, followed in 1970 by Burrito Deluxe. After Parsons left the group in 1971, Hillman stayed on for two less successful records, a self-titled 1971 effort and the following year's Last of the Red Hot Burritos. After they disbanded, Hillman joined Stephen Stills' Manassas, where he remained until 1973, when he briefly rejoined the Byrds.

In 1974, Hillman teamed with singer/songwriters John David Souther and Richie Furay to form Souther Hillman Furay; after recording two LPs with the trio, Hillman issued a pair of solo albums, 1976's Slippin' Away and 1977's Clear Sailin'. By 1978, he had rejoined McGuinn and Clark to record a 1979 album under the name McGuinn, Clark Hillman, producing the Top 40 pop hit "Don't You Write Her Off." The album City followed a year later, this time as "Roger McGuinn and Chris Hillman featuring Gene Clark." They soon went their separate ways, and in 1982 Hillman issued a straightforward country record, Morning Sky. Two years later, he released Desert Rose, which contained the minor country hits "Somebody's Back in Town" and "Running the Roadblocks." The album's title proved indicative of things to come, and in 1986 he formed the Desert Rose Band, a country-rock outfit featuring Nashville session aces Herb Pedersen, John Jorgenson, Jay Dee Maness, Steve Duncan, and Bill Bryson.

The Desert Rose Band proved to be Hillman's most commercially successful post-Byrds project; their first LP, an eponymously titled 1987 outing, generated a pair of Top Ten country hits in "Love Reunited" and "One Step Forward," which peaked at number two. Released in 1988, "He's Back and I'm Blue" topped the country charts, as did "I Still Believe in You," from the album Running. Two other singles from the record, "Summer Wind" and a cover of John Hiatt's "She Don't Love Nobody," reached the Top Five. The follow-up, 1989's Pages of Life, was also highly successful, with two more Top Ten hits, "Start All Over Again" and "Story of Love." Subsequent releases like 1991's True Love and 1993's Traditional failed to achieve the same degree of popularity, however, and after one final LP, Life Goes On, the group called it quits in 1994.

At the peak of the Desert Rose Band's success, Hillman had also begun appearing infrequently with McGuinn, releasing the Top Ten country duet "You Ain't Going Nowhere" in 1989. Soon, the pair joined Crosby in a re-formed Byrds, playing a handful of club dates. In 1990, they appeared at a tribute to the late Roy Orbison, performing "Mr. Tambourine Man" along with the song's composer, Bob Dylan. The same year, the Byrds cut four new songs for inclusion in a career-spanning box set and in 1991 were inducted into the Rock and Roll Hall of Fame. In 1996, Hillman reunited with Desert Rose alum Herb Pedersen for Bakersfield Bound. Like a Hurricane followed in 1998. After a short hiatus, Hillman returned in 2002 with Way Out West, a sprawling 17-track collection of country, roots rock, Americana, and folk that reunited the artist with Pedersen and the Desert Rose Band. It was followed by The Other Side in 2005. Continuing to work with Pedersen, Hillman released At Edwards Barn, a sort of live career retrospective recorded at Edward's Barn in Nipomo, California, on Rounder Records in 2010. Hillman would tour through the 2010s with Herb Pedersen, who also served as the executive producer for the Tom Petty-produced 2017 album Bidin' My Time. ~ Jason Ankeny, Rovi 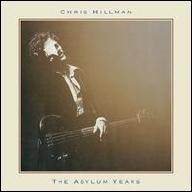 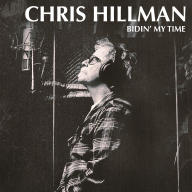 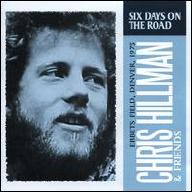 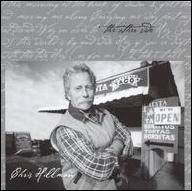 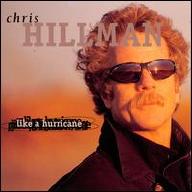 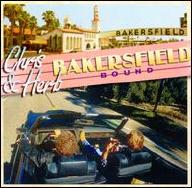 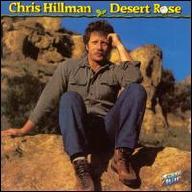 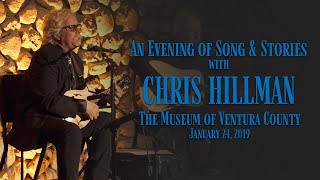 An Evening of Song & Stories with Chris Hillman — Full Performance 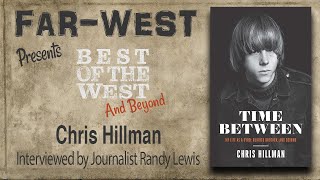 Best of the West & Beyond: Chris Hillman Interviewed by Randy Lewis 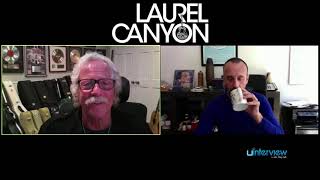 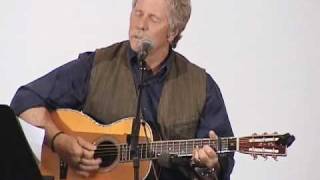 Guitarist Chris Hillman at the Library of Congress 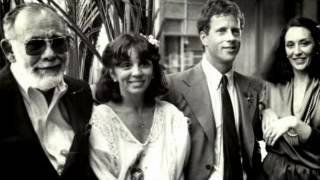 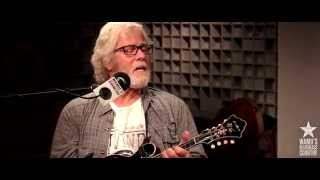 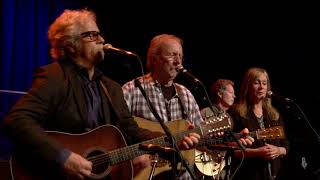