Close
Steve Barri
from Brooklyn, NY
February 23, 1942 (age 79)
Biography
For four decades (and counting), Steve Barri has been a major force in popular music, spanning the decades as a successful producer and songwriter, and also one of the more enduring tastemakers of the 1960s -- his name is associated with some of the most beloved and heavily played records of that decade, though his credits and successes trail out right into the new century. Barry McGuire, Johnny Rivers, Three Dog Night, the Grass Roots, the James Gang, Steppenwolf, Jim Croce, Rufus, Steely Dan, Tommy Roe, and the Four Tops are just a few of the performers for whom Barri's abilities as a judge of talent, or his own talents as a producer or songwriter, have proved essential at various times.

He was born Steven Barry Lipkin in Brooklyn, NY, in early 1942, but the family moved to California during the '40s. Steve was interested in music throughout his youth, and by the time he was in his mid-teens he'd begun writing songs. He sent several of his efforts to Screen Gems Music, the publishing arm of Columbia Pictures, which had recently formed Colpix/Dimension Records. The head of Screen Gems, Lou Adler, placed one of Barri's early compositions, Suzie Jones, with a vocal group called the Nortones, who recorded it in 1959. The single wasn't a hit but it was a way into the business for the newly minted music professional, and over the next few years Barri tried several other avenues of expression, including cutting a few records as a singer, all to no avail. In the early '60s he teamed up with Carol Connors, an ex-member of the Teddy Bears (notable as an early group featuring Phil Spector in its lineup, and for its recording of his To Know Him Is to Love Him) -- they didn't succeed as a duo, and subsequently formed a trio, the Storytellers, with Connors' sister Cheryl, and their debut single on Dimension, When Two People (Are in Love), brought Barri back into the orbit of Lou Adler, who produced the record.

It was Adler who had the inspired notion of pairing Barri up with another transplanted New York-born songwriter/singer, P.F. Sloan. Now Barri's efforts started to click, as the team began generating songs for such artists as Johnny Rivers and Jan Dean -- Rivers, in particular, was a beneficiary of a hurriedly written Barri-Sloan number called Secret Agent Man, which not only got used as the title music for a successful network television series but became a hit single and the artist's signature tune; the duo also grabbed a piece of the British Invasion action for themselves when Herman's Hermits recorded their song A Must to Avoid. Neither Barri nor Sloan had yet abandoned their early aspirations as actual musicians, however, and they wrote and recorded surf music -- then a booming fad -- for Adler under the name the Fantastic Baggys. When Adler co-founded the Dunhill Records label in 1965 with Jay Lasker, Barri and Sloan were a key part of his fledgling operation as songwriters, session musicians, and neophyte producers.

By that time, folk-rock had become a popular phenomenon, and the team only added to its success with Barry McGuire's recording -- produced by Barri and Sloan -- of the P.F. Sloan song Eve of Destruction, which hit number one on the charts. Barri and Sloan were soon recording themselves under the pseudonym "the Grass Roots," and their initial success locally in Los Angeles resulted in the need to find a "real" Grass Roots to actually perform in person -- thus began a sequence of events that led to their next series of hits. The permanent Grass Roots lineup, once it settled in, enjoyed a Top Ten hit with Let's Live for Today, produced by Barri and Sloan -- an enduringly popular oldie, it has gone on to become one of the most fondly remembered hits of the 1960s. The partnership ended soon after as Sloan decided to return to New York to pursue a career as a singer/songwriter. Meanwhile, Barri shepherded the Grass Roots into a white pop-soul groove and through five more years of hit singles, including their highest-placing record of all, Midnight Confessions.

It was during this period that Barri's reputation as a producer was established, and not simply based on his enviable record of hits. Equally important, Barri became known for the beautifully full sound of any record to which his name was attached -- he wasn't afraid to bring in top session musicians, or even large brass and horn sections and provide them with opulent arrangements, if it would make a record sound impressive on the radio. The fact that the resulting record might not sound too much like the actual group to which it was credited, or that the group might have trouble re-creating that sound on-stage, didn't concern him -- all that mattered to Barri was making the music sound as good as it could, and this applied even to records that he did under less than optimum circumstances, such as the Grass Roots' Feelings LP; that record, made at the insistence of the group members, principally using their own compositions and relying largely on their own musicianship, was a commercial flop, but it still sounds amazingly rich and polished. That record was a result of a rare instance of an act under his control complaining about the sound that had been imposed upon them, and making it "stick" sufficiently to get a crack at a sound of their own -- its failure only proved how correct Barri was, and the group never made any similar demand ever again.

Even in the midst of all of this activity, Barri found time to find and sign new groups, such as Wings, the folk-rock offshoot of Spanky Our Gang and the Serendipity Singers, who cut an album on Dunhill in early 1968 and were being groomed by Barri as potential successors to the Mamas the Papas. They recorded a superb self-titled album under Barri's direction, but in that instance his guidance may have exacerbated a split within the group -- they split up when they were unable to agree on which aspect of their sound, as represented within their ranks or on the record, they would emphasize. Barri remained with Dunhill Records after its acquisition by ABC Records as the head of A&R, and it was under his administration that the company signed such artists as Steppenwolf, Three Dog Night, Hamilton, Joe Frank Reynolds, the James Gang, Steely Dan, Rufus (featuring Chaka Khan), Jimmy Buffett, the Four Tops, Dusty Springfield, and Bobby Blue Bland. He continued to personally produce various acts, including the Grass Roots, Mama Cass Elliot, Tommy Roe (who had a number one hit in 1969 with Dizzy), the Four Tops, and Bo Donaldson the Heywoods (who hit number one in 1974 with Billy, Don't Be a Hero). Barri's record of hits was enviable well into the 1970s, and when ABC Records was dissolved after being sold to MCA in 1977, he was immediately snapped up by Warner Bros. Records to head up its A&R department.

In 1982, soon after former Dunhill Records president Jay Lasker took over as head of Motown Records, Barri was brought in as the head of A&R for the company. This was a long overdue intersection of talents, as Barri had emulated the Motown sound on many of the classic Grass Roots sides that he produced during the late '60s and early '70s, and had produced the Four Tops during their stay on ABC Records. Among the first records that he produced was Smoke Signals by Smokey Robinson, and Barri was also responsible for signing the Mary Jane Girls, upgrading the label's back catalog releases, and also overseeing the era of massive hits by Rick James, the Commodores, and Lionel Richie. In the early '90s, after leaving Motown, Barri produced a hit single and accompanying album by the trio the Triplets, and he later worked with such artists as Richard Marx, Joey Lawrence, and the Cranberries. At the end of the '90s, he joined Gold Circle Entertainment as a producer, and was elevated to a senior vice presidency in the company during 2001. Well into his sixties in what is ever more a young man's game, Barri is in a unique position, as recordings he produced during the 1960s and 1970s continue to crowd the airwaves of classic rock radio stations and fill the bins of "oldies" sections in record stores, while his new productions occasionally rack up millions of sales. ~ Bruce Eder, Rovi 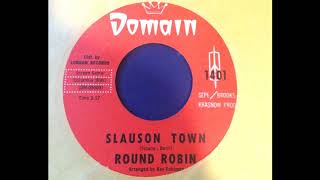 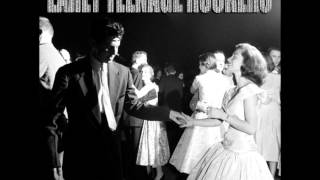 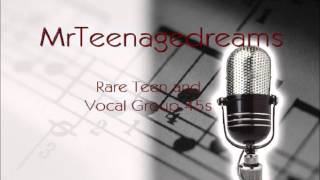 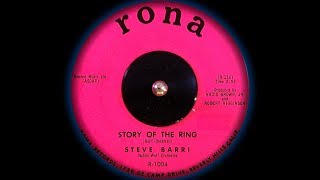 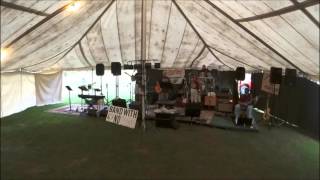 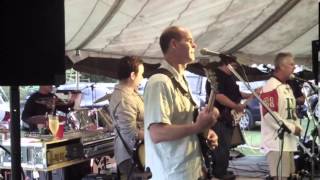