Close
Joseph Szigeti
from Budapest, Hungary
September 5, 1892 - February 19, 1973 (age 80)
Biography
Violinist Joseph Szigeti's father and his uncle were both professional musicians and gave him music lessons. Szigeti advanced so quickly that he was soon assigned as a pupil of Jenö Hubay, later entering the celebrated virtuoso's advanced class. Szigeti began to play in public at age ten and made his formal debut in Berlin in 1905 at the age of 13.

After making his London debut when he was 15, Szigeti remained in Britain until 1913, giving frequent concerts and becoming a favorite. Szigeti's partners in recitals included such illustrious musicians as Myra Hess and Ferruccio Busoni. Busoni, a pianist/composer and also a deep-thinking philosopher on the nature and future of music, became a formative influence on Szigeti. As with others in his line of work, Szigeti's concert career was interrupted by the outbreak of World War I. Settling in Switzerland in 1913, Szigeti accepted a position as a violin professor at the Geneva Conservatory, where he gave master classes from 1917 to 1924.

Upon returning to the concert scene in the early 1920s, Szigeti rapidly became a famous international name in classical music. He was noted for his quick understanding and advocacy of new music, and took up the cause of Prokofiev's Violin Concerto No. 1 in D minor, Op. 19, which he played it at the I.S.C.M. Festival in 1924. Later that same year Szigeti performed this work on his Russian tour, giving the concerto its Leningrad premiere. Szigeti made his American debut in 1925, playing the Beethoven Violin Concerto in D major, Op. 61, with the Philadelphia Orchestra under Leopold Stokowski in Carnegie Hall. During the 1930s Szigeti also toured in Asia, Australia, New Zealand, South America, and South Africa.

In 1938 Szigeti premiered Ernest Bloch's Violin Concerto in Cleveland. Szigeti's interest in new music led him to become a persuasive advocate of many great violin works that had been premiered by others, including music by Ravel, Roussel, Milhaud, Stravinsky, and Alban Berg. With the outbreak of World War II, Szigeti settled in the United States.

Upon his arrival in America in 1940, Hungarian composer Bela Bartók renewed an earlier friendship with Szigeti, and they played some concerts together, including a famous one at the Library of Congress in Washington, D.C. Szigeti also took up Bartók's new Violin Concerto No. 2, playing it widely. Through Szigeti's influence, Bartók was commissioned to write a new classical work for clarinetist Benny Goodman. Bartók responded with Contrasts, scored for the uniquely non-blending ensemble of piano, violin, and clarinet, thereby including Szigeti in the work's premiere. Szigeti played frequently in America during the war years, and afterward resumed his international career.

By 1960 Szigeti had scaled down the number of his personal appearences, and in that year he settled in Switzerland. Szigeti subsequently withdrew from the concert stage and taught only a limited number of students. He was also a welcome member of the juries on several international violin competitions, where his discerning ear and wise judgment were highly influential., Rovi 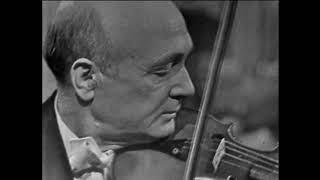 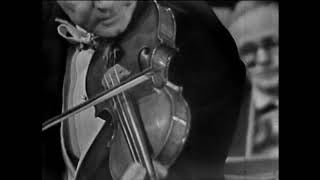 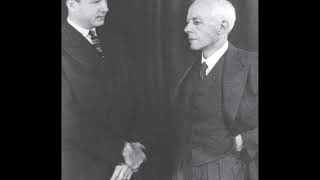 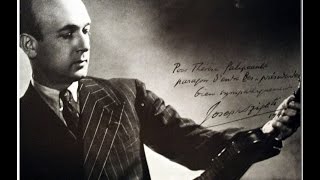 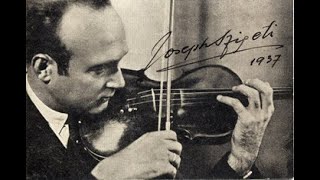 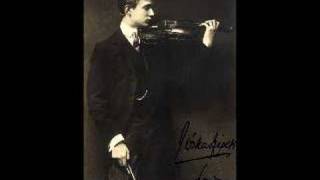