Close
Rufus Thomas
from Cayce, MS
March 26, 1917 - December 15, 2001 (age 84)
Biography
Few of rock roll's founding figures are as likable as Rufus Thomas. From the 1940s onward, he has personified Memphis music; his small but witty cameo role in Jim Jarmusch's #Mystery Train, a film which satirizes and enshrines the city's role in popular culture, was entirely appropriate. As a recording artist, he wasn't a major innovator, but he could always be depended upon for some good, silly, and/or outrageous fun with his soul dance tunes. He was one of the few rock or soul stars to reach his commercial and artistic peak in middle age, and was a crucial mentor to many important Memphis blues, rock, and soul musicians.

Thomas was already a professional entertainer in the mid-'30s, when he was a comedian with the Rabbit Foot Minstrels. He recorded music as early as 1941, but really made his mark on the Memphis music scene as a deejay on WDIA, one of the few black-owned stations of the era. He also ran talent shows on Memphis' famous Beale Street that helped showcase the emerging skills of such influential figures as B.B. King, Bobby Bland, Junior Parker, Ike Turner, and Roscoe Gordon.

Thomas had his first success as a recording artist in 1953 with Bear Cat, a funny answer record to Big Mama Thornton's Hound Dog. It made number three on the RB charts, giving Sun Records its first national hit, though some of the sweetness went out of the triumph after Sun owner Sam Phillips lost a lawsuit for plagiarizing the original Jerry Leiber/Mike Stoller tune. Thomas, strangely, would make only one other record for Sun, and recorded only sporadically throughout the rest of the 1950s.

Thomas and his daughter Carla would become the first stars for the Stax label, for whom they recorded a duet in 1959, 'Cause I Love You (when the company was still known as Satellite). In the '60s, Carla would become one of Stax's biggest stars. On his own, Rufus wasn't as successful as his daughter, but issued a steady stream of decent dance/novelty singles.

These were not deep or emotional statements, or meant to be. Vaguely prefiguring elements of funk, the accent was on the stripped-down groove and Rufus' good-time vocals, which didn't take himself or anything seriously. The biggest by far was Walking the Dog, which made the Top Ten in 1963, and was covered by the Rolling Stones on their first album.

Thomas hit his commercial peak in the early '70s, when Do the Funky Chicken, (Do The) Push and Pull, and The Breakdown all made the RB Top Five. As the song titles themselves make clear, funk was now driving his sound rather than blues or soul. Thomas drew upon his vaudeville background to put them over on-stage with fancy footwork that displayed remarkable agility for a man well into his 50s. The collapse of the Stax label in the mid-'70s meant the end of his career, basically, as it did for many other artists with the company. In 2001, Rufus Thomas was inducted into the Blues Hall of Fame. Later that year, on December 15, he died at St. Francis hospital in Memphis, TN.~ Richie Unterberger, Rovi 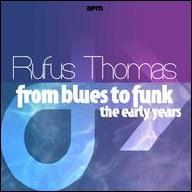 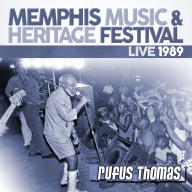 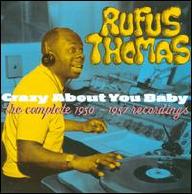 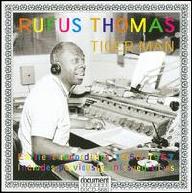 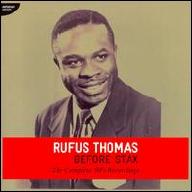 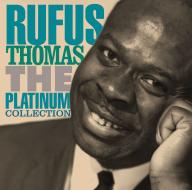 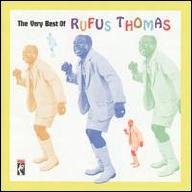 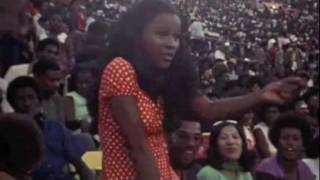 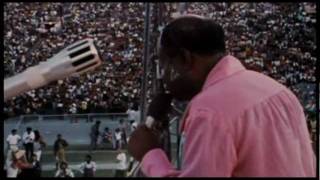 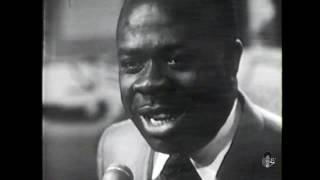 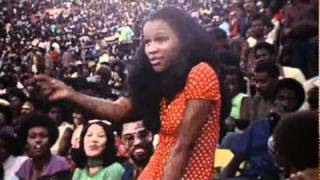 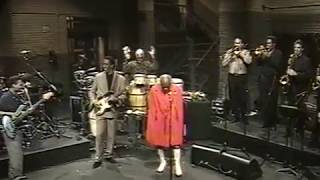