Close
Mary Lou Williams
from Atlanta, GA
May 8, 1910 - May 28, 1981 (age 71)
Biography
To say that Mary Lou Williams had a long and productive career is an understatement. Although for decades she was often called jazz's greatest female musician (and one has to admire what must have been a nonstop battle against sexism), she would have been considered a major artist no matter what her sex.

Just the fact that Williams and Duke Ellington were virtually the only stride pianists to modernize their style through the years would have been enough to guarantee her a place in jazz history books. Williams managed to always sound modern during a half-century career without forgetting her roots or how to play in the older styles.

Born Mary Elfrieda Scruggs (although she soon took the name of her stepfather and was known as Mary Lou Burley), she taught herself the piano by ear and was playing in public at the age of six. Growing up in Pittsburgh, Williams' life was always filled with music. When she was 13, she started working in vaudeville, and three years later married saxophonist John Williams. They moved to Memphis, and she made her debut on records with Synco Jazzers. John soon joined Andy Kirk's orchestra, which was based in Kansas City, in 1929. Williams wrote arrangements for the band, filled in for an absent pianist on Kirk's first recording session, and eventually became a member of the orchestra herself. Her arrangements were largely responsible for the band's distinctive sound and eventual success. Williams was soon recognized as Kirk's top soloist, a stride pianist who impressed everyone (even Jelly Roll Morton). In addition, she wrote such songs such as Roll 'Em (a killer hit for Benny Goodman) and What's Your Story Morning Glory and contributed arrangements to other big bands, including those of Goodman, Earl Hines, and Tommy Dorsey.

Mary Lou Williams stayed with Kirk until 1942, by which time she had divorced John Williams and married trumpeter Harold Shorty Baker. She co-led a combo with Baker before he joined Duke Ellington. Williams did some writing for Duke (most notably her rearrangement of Blue Skies into a horn battle called Trumpets No End) and played briefly with Benny Goodman's bebop group in 1948. She had gradually modernized her style and by the early to mid-'40s was actively encouraging the young modernists who would lead the bebop revolution, including Thelonious Monk, Bud Powell, Tadd Dameron, and Dizzy Gillespie. Williams' Zodiac Suite showed off some of her modern ideas, and her In the Land of Oo-Bla-Dee was a bebop fable recorded by Gillespie.

Williams lived in Europe from 1952-1954 and then became very involved in the Catholic religion. She retired from music for a few years before appearing as a guest with Dizzy Gillespie's orchestra at the 1957 Newport Jazz Festival. Williams returned to jazz and by the early '70s sounded more like a young modal player (clearly she was familiar with McCoy Tyner) than a survivor of the 1920s. Although she did not care for the avant-garde, she occasionally played quite freely, although a 1977 duo concert with Cecil Taylor was a complete fiasco. Williams wrote three masses and a cantana, was a star at Benny Goodman's 40th-anniversary Carnegie Hall concert in 1978, taught at Duke University, and often planned her later concerts as a history of jazz recital. By the time she passed away at the age of 71, she had a list of accomplishments that could have filled three lifetimes. 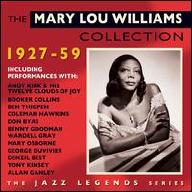 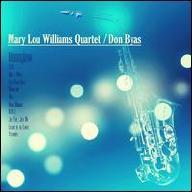 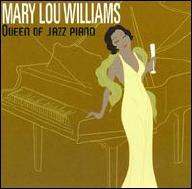 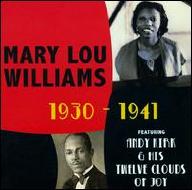 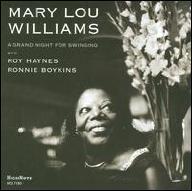 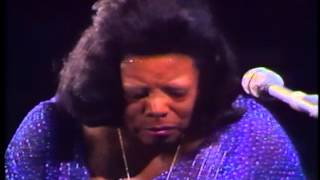 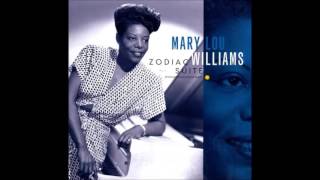 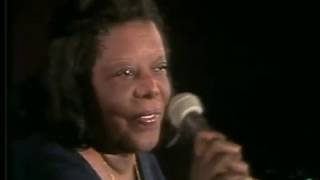 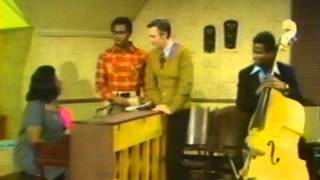