Close
Ferenc Fricsay
from Budapest, Hungary
August 9, 1914 - February 20, 1963 (age 48)
Biography
Ferenc Fricsay's career lasted barely 20 years, from the period immediately prior to World War II until his incapacity from illness forced him to curtail his musical activities in the early 1960's. During that time, however, he became one of the most acclaimed conductors of his generation, and left behind a major body of recordings which are still admired more than 30 years after his death at age 50.

Fricsay was born in Budapest, Hungary, and studied at the Budapest Academy of Music under both Zoltan Kodaly and Bela Bartok, whose music he later came to champion. He was appointed to his first conducting post in Szeged in 1936, remaining there until 1944. He made his debut conducting the Budapest Opera in 1939, and in 1945 was appointed the company's music director, taking the parallel appointment as conductor of the Budapest Philharmonic. In 1947 at the Salzburg Festival, fate took a hand when conductor Otto Klemperer was forced to withdraw from conducting the premiere of Gottfried Von Einem's opera Dantons Tod, and Fricsay stepped in, receiving international accolades from the music press for a sterling performance. The next year, he was the conductor of the world premiere of Frank Martin's Zaubertrank, and the year after that Carl Orff's Antigone. In 1948, Fricsay made his Berlin debut with Verdi's Don Carlos, in a production that also featured the debut of renowned baritone Dietrich Fischer-Dieskau. Thereafter he served as a guest conductor throughout Europe, and from 1950 on was based in Berlin, where he served as music director of the Stadtische Oper and the RIAS (Radio in the American Sector) Symphony Orchestra, later renamed the Berlin Radio Symphony Orchestra. He made his British debut in 1950 at the Edinburgh Festival, conducting the Glyndebourn Opera in Mozart's Marriage of Figaro. Fricsay was best known in Europe as an operatic conductor, acclaimed for his work with Mozart and Verdi, among other composers, but in America he made his debut with the Boston Symphony Orchestra in 1953. He was appointed conductor of the Houston Symphony Orchestra the following year, but gave up the position after one season due to policy disagreements with the orchestra's board of directors. In 1956, Fricsay became music director of the Bavarian State Opera, and remained there for two seasons before returning to Berlin to resume the music directorship of the Berlin Radio Symphony Orchestra. In 1961, Fricsay conducted a performance of Mozart's Don Giovanni to commemorate the opening of the rebuilt Deutsche Oper in Berlin. Friscay began developing serious health problems in the 1950's, and his musical career suffered as a result--the vivaciousness of his earlier performances was replaced by a more measured, reflective approach to music as his physical condition began deteriorating, and by the end of the 1950's, when he would normally have been expected to be in his prime as a conductor and recording artist, his strength was beginning to fail him. Fricsay died early in 1963 after a long period of physical decline, leaving behind a small, precious body of recordings, especially those from before the early 1960's.

Fricsay's approach to conducting was influenced heavily by Toscanini, whose relationship with the NBC Symphony he also used as a model for his own work with the Berlin Radio Symphony. He emphasized strict tempos and precise playing, with a close adherence to the score. As an operatic conductor, however, he was not afraid to challenge customs and conventions, both in his conception of a work and his way of realizing performances of striking vitality. He developed a loyal following throughout Europe, and his records won numerous awards for excellence. Although he was a noted interpreter of Bartok and other modern composers, Fricsay's first musical love lay with Mozart--surprisingly, however, his recordings of the late Mozart symphonies done with the Vienna Symphony for Deutsche Grammophon, are not wholly successful, lacking the polish or expressiveness of performances by Beecham, Walter, or Bohm.

Fricsay's recording career was confined to a period of barely a dozen years, from the end of the 1940's thru the very opening of the 1960's. He signed an exclusive contract with Deutsche Grammophon in 1948, and during the next decade or so, delivered a body of work heavy with award-winning performances. Fricsay's performances were characterized by a remarkable textural clarity, which he helped capture on record with his special understanding of recording techniques, which he studied very closely. Perhaps his most acclaimed record was Mozart's The Magic Flute, made in 1955 with Rita Streich, Maria Stader, Ernst Haefliger, and Dietrich Fischer-Dieskau (who, though completely unsuited for the role physically, sings up a storm as Pagageno), which remains in the catalog as of the mid-1990's as a highly recommended performance. His recording of Don Giovanni, from 1958, and in stereo, is also considered a definitive performance. He was also one of the most acclaimed interpreters of Bartok, his reputation (and those of his recordings) rivalling that of Fritz Reiner, whose work with the composer is often cited as definitive. ~ Bruce Eder, Rovi 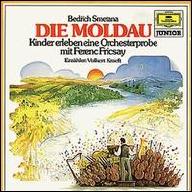 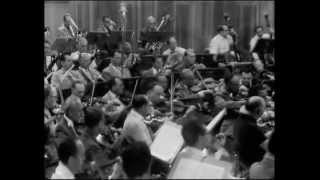 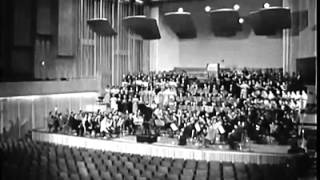 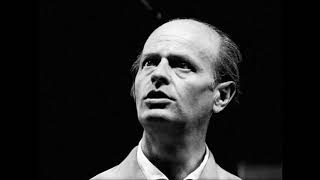 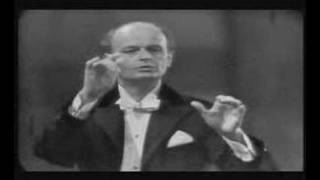 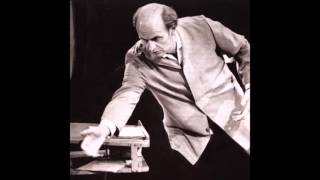