Close
Barclay James Harvest
from Oldham, England
formed September 1, 1966 (age 53)
Biography
Barclay James Harvest was, for many years, one of the most hard luck outfits in progressive rock. A quartet of solid rock musicians -- John Lees, guitar, vocals; Les Holroyd, bass, vocals; Stuart Wooly Wolstenholme, keyboards, vocals; and Mel Pritchard, drums -- with a knack for writing hook-laden songs built on pretty melodies, they harmonized like the Beatles and wrote extended songs with more of a beat than the Moody Blues. They were signed to EMI at the same time as Pink Floyd, and both bands moved over to the company's progressive rock-oriented Harvest imprint at the same time, yet somehow, they never managed to connect with the public for a major hit in England, much less America.

The group was formed in September of 1966 in Oldham, Lancashire. Lees and Wolstenholme were classmates who played together in a band called the Blues Keepers; that group soon merged with a band called the Wickeds, which included Holroyd and Pritchard. They became Barclay James Harvest in June of 1967 and began rehearsing at an 18th century farmhouse in Lancashire. The psychedelic era was in full swing, and the era of progressive rock about to begin -- the Moody Blues, in particular, were beginning to cut an international swathe across the music world. BJH cut a series of demos late in the year, and by the spring of 1968 they were signed to EMI's Parlophone label; in April they issued their first single, a folky, faux-classical song called Early Morning. The group got caught up a year later in a corporate change at EMI, and it was decided to move the more progressive-sounding groups on the label onto a new label, coincidentally named Harvest. Their first release on the new label was the single Brother Thrush.

In 1970, they released their first album, Barclay James Harvest, which included several of the early songs and displayed the group's strengths: filled with strong harmony singing, aggressive electric guitar, and swelling Mellotron parts, it set the pattern for their subsequent releases, with Lees and Holroyd handling most of the songwriting. The album failed to chart, and a subsequent tour was a financial disaster. Their second album, Once Again (1971), was an artistic letdown, made up of rather lethargic songs, although it did contain the superb, Mockingbird. The band recorded two more albums for Harvest, Short Stories (1971) and Baby James Harvest (1972), and spent much of 1972 on the road, including an unsuccessful tour of the U.S. They also released a pair of singles, When the City Sleeps and Breathless, under the pseudonym "Bombadil" (a name taken from a J.R.R. Tolkien short story), all to no avail. 1973 saw them part company with EMI after one last single, Rock and Roll Woman.

Later in 1973, the band signed with Polydor, and their fortunes began turning around, though only very gradually. Their first album for the new label, Everyone Is Everybody Else, seemed promising: it was a more powerful and coherent work than the group had ever released for EMI, with Lees' guitar dominating on songs like Paper Wings and For No One. The album also presented the first example of the group consciously paying tribute to (and satirizing) another group's hit song -- Great 1974 Mining Disaster was a very heavy sounding tribute/satire of the Bee Gees' New York Mining Disaster 1941. (They would later do work in this vein involving the Moody Blues.) The album failed to chart, however, as did the single Poor Boy Blues, with its gorgeous harmonies.

It seemed at first as though BJH was locked once again into a cycle of failure. Finally, in late 1974, their double-album Barclay James Harvest Live broke through to the public -- the group was rewarded with a Top 40 placement in England and more sales activity on the European continent than they'd previously seen. Their next album, Time Honoured Ghosts, recorded in San Francisco, continued this gradual breakthrough when it was released in 1975, reaching number 32 in England. A year later, Octoberon reached the Top 20. An EP containing live versions of Rock 'N Roll Star and Medicine Man became another chart entry in the spring of 1977. By this time, EMI had begun to take advantage of the success of the group's Polydor work, and released A Major Fancy, a John Lees' solo album that had sat on the shelf for five years.

In 1977, they released Gone to Earth, their most accomplished album to date, and by the end of the year the group found themselves playing to arena-sized audiences. The release of XII in 1978 -- which managed to just miss the British Top 30 -- was followed by the group's first (and only) personnel shake-up. In June of 1979, Wolstenholme announced his exit from the band in favor of a solo career; the group's final tour with Wolstenholme was recorded and later released by Polydor under the title The Live Tapes. He was replaced by two new members, singer-keyboardman-saxophonist Kevin McAlea and singer-guitarist-keyboardman Colin Browne; Wolstenholme released one solo album, 1979's Maestro, to little success and then retired from the music business for a time.

Their 1979 album Eyes of the Universe was a modest hit in England, but its release marked a flashpoint in Barclay James Harvest's career in continental Europe, especially Germany; on August 30, 1980, the band performed a free concert in front of nearly 200,000 people at the Reichstag in Berlin, which was filmed and recorded. A subsequent live album, Concert for the People, became the group's biggest-selling album in England, rising to number 15 in 1982. Turn of the Tide (1981) and Ring of Changes (1983) were less successful, although the latter did spawn their last charting single, Just a Day Away. Their subsequent Polydor albums, Victims of Circumstance, Face to Face, and Welcome to the Show, charted ever lower in England, even as the group's popularity grew in Europe. In 1988, they released a new live album, Glasnost, cut at a concert in East Berlin.The group marked the 25th anniversary with a concert in Liverpool, and toured to support a British Polydor compilation, The Best of Barclay James Harvest. ~ Bruce Eder, Rovi 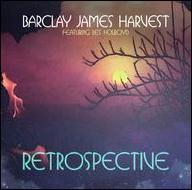 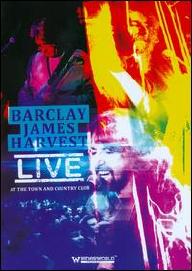 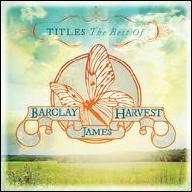 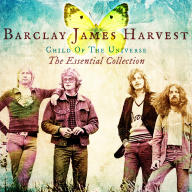 Child Of The Universe: The Essential Collection
2013 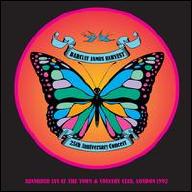 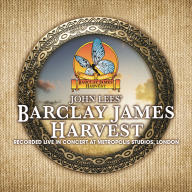 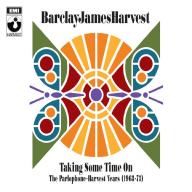 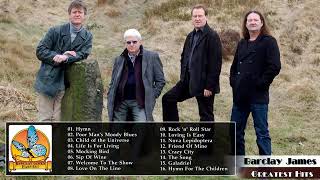 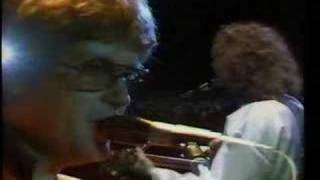 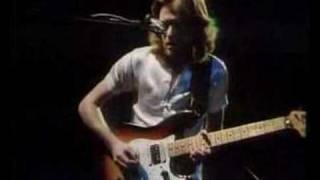 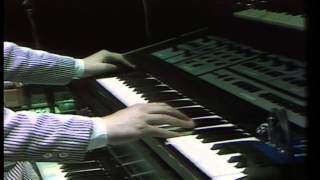 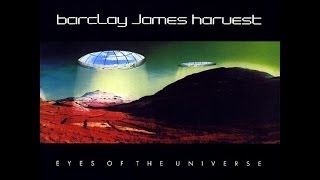 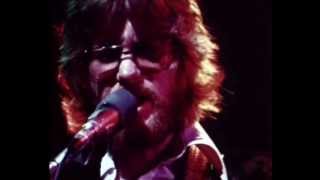 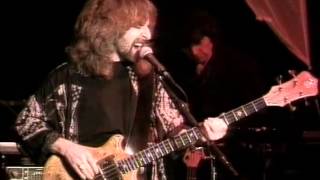