Close
Billy Hart
from Washington, D.C.
November 29, 1940 (age 80)
Biography
An esteemed drummer and educator, Billy Hart is one the foremost jazz performers of his generation, capable of balancing propulsive swing with a nuanced sense of group dynamics and improvisational flow. Following his early years backing Shirley Horn and Jimmy Smith in the 1960s, Hart emerged at the forefront of the '70s fusion movement, playing with Herbie Hancock's Mwandishi band, as well as Miles Davis, McCoy Tyner, and others. Though Hart led few of his own sessions during the first two decades of his career, albums like 1977's Enchance and 1985's Oshumare found him balancing experimental elements with acoustic post-bop traditions. Along with performing, he has built a strong reputation as a mentor and teacher, having held positions at New England Conservatory and Western Michigan University. Nonetheless, he continues to tour and record, often leading his quartet as on 2014's One Is the Other and 2017's Find the Way. In 2021 he joined Kevin Hays and Ben Street for the trio album All Things Are.

Born William Billy Hart in 1940 in Washington, D.C., Hart grew up in a creative, intellectually minded family with a father who worked as a mathematician. The family lived close to the local Spotlite Club, where he became aware of artists like Miles Davis, Lee Morgan, and Art Blakey. Both his parents were also huge music fans and introduced him to jazz including Duke Ellington and Jimmie Lunceford. Hart was also encouraged to play music by his paternal grandmother, a concert pianist who had the opportunity to accompany Marian Anderson. Similarly, his maternal grandmother knew tenor saxophonist Buck Hill and encouraged Hart's interest in bebop, buying him his first drum set. It was Hill who first hired a then 17-year-old Hart to play an extended gig with the Abart's club house band that also featured his classmates pianist Reuben Brown and bassist Butch Warren.

After high school Hart continued to play, balancing his jazz gigs with his mechanical engineering studies at Howard University; however, he left school early to tour with vocalist Shirley Horn. It was with Horn that Hart has said he developed most as a performer, gaining better sense of dynamics. It was also during this period in the early '60s that he took jobs playing at Charlie Byrd's Showboat Lounge backing rising Brazilian stars including Antônio Carlos Jobim, João Gilberto, and Bola Sete. Hart made his recorded debut in the '60s playing with Hammond B-3 master Jimmy Smith's group. There were also notable sessions with Stan Getz, Eddie Harris, Herbie Hancock, and Pharoah Sanders, among others.

By the late '60s, Hart's former Howard classmate saxophonist Marion Brown had introduced him to the music of drummers Sunny Murray and Rashied Ali. Their propulsive styles spurred his growing interest in experimental and avant-garde jazz. He further expanded his creative mindset in the 1970s working with Joe Zawinul, Wayne Shorter, and McCoy Tyner, the latter of which he spent two years playing with. He also continued his association with Hancock, appearing on such landmark funk and fusion albums as Sextant, Mwandishi, and Treasure Chest. His connection to Hancock also found him playing on Miles Davis' On the Corner and Big Fun. There were other fusion outings including appearing with fellow Hancock bandmate Eddie Henderson on 1973's Realization, 1975's Sunburst, and 1976's Heritage. He also joined his other Hancock alum Bennie Maupin for 1977's The Jewel in the Lotus, worked regularly with Stan Getz, and appeared on sessions with Pat Martino, Joanne Brackeen, and Hal Galper.

Hart was in his mid-thirties by the time he made his debut as leader with the expansive 1977 album Enchance on the AM label. Joining him was a bevy of forward-thinking artists in Oliver Lake, Don Pullen, Dewey Redman, Marvin Hannibal Peterson, and Dave Holland. He then returned to his work with others throughout the late '70s and early '80s, appearing on albums with Pepper Adams, John McNeil, Don Friedman, Buster Williams, Duke Jordan, John Scofield, Terumasa Hino, and others. In 1985, he issued is own Oshumare on Gramavision, a far-reaching post-bop session that featured contributions by bassist Holland, violinist Didier Lockwood, guitarists Bill Frisell and Kevin Eubanks, as well as saxophonists Branford Marsalis and Steve Coleman, and percussionist Manolo Badrena. Hart put together a similarly impressive lineup for 1987's Rah, which found him reuniting with Mwandishi trumpeter Eddie Henderson, and working with saxophonist David Liebman, pianist Kenny Kirkland, guitarist Frisell, and others.

Along with his continued performance work, Hart (who lives in Montclair, New Jersey) moved into education in the '90s, teaching at the Oberlin Conservatory of Music, and joining the adjunct faculty at the New England Conservatory of Music and Western Michigan University. He also began giving private lessons through The New School and New York University, and made appearances at various clinics and jazz camps. More adventurous albums followed including 1993's Amethyst, and 1997's Oceans of Time. He also worked with Charles Lloyd, Tom Harrell, Joe Lovano, Niels-Henning Ørsted Pedersen, and more.

Two more quartet albums followed on ECM with 2012's All Our Reasons and 2014's One Is the Other. Also in 2014, he joined vibraphonist Bobby Hutcherson, saxophonist David Sanborn, and organist Joey DeFrancesco for Enjoy the View, which earned a Grammy nomination for Best Jazz Instrumental Album. A year later, Hart again paired with trumpeter Eddie Henderson for Infinite Spirit: Revisiting Music of the Mwandishi Band. The drummer was then featured with the German WDR Big Band for 2016's The Broader Picture, and he joined pianist Aaron Parks for 2017's Find the Way on ECM. In 2019, Hart collaborated with drummer and former student Eric Thielemans on Talking About the Weather. Following international projects with Niels Vincentz and Christophe Schweizer, Hart released the 2021 trio album All Things Are with Kevin Hays and Ben Street on Smoke Sessions. ~ Matt Collar, Rovi 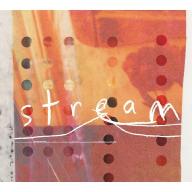 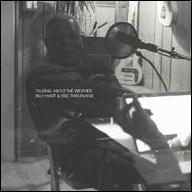 Talking About the Weather
2019 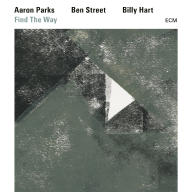 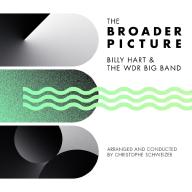 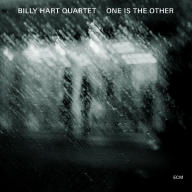 One Is The Other 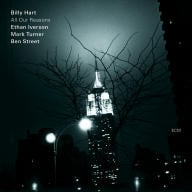 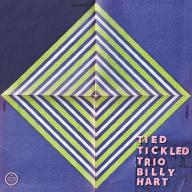 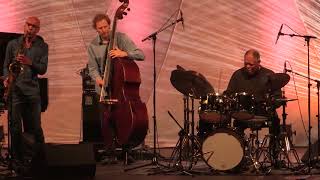 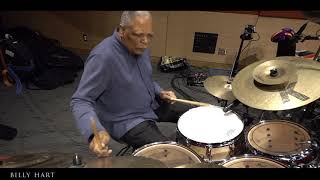 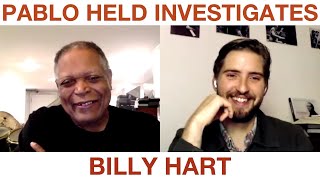 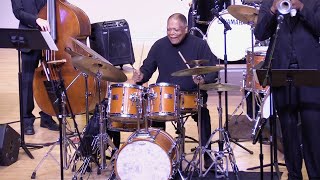