Close
Cleveland Orchestra
from Cleveland, OH
formed January 1, 1918 (age 103)
Biography
Cleveland, Ohio, is a large port city on Lake Erie founded in 1796. Despite its large population of central European immigrants, it long lacked a full-time professional orchestra and relied mostly on visiting artists. In 1915 the Musical Arts Association (MAA) was founded to facilitate such concerts, but under the guidance of Adella Prentiss Hughes changed its mission to establishing a permanent orchestra. In 1918 the association hired Russian-American conductor Nikolai Sokoloff to bring together the new ensemble.

Its first concerts were given in Gray's Armory in downtown Cleveland. Sokoloff ambitiously planned an extensive touring schedule for the orchestra from the outset, and it visited many cities in the eastern United States and Canada, making a Carnegie Hall debut in New York in 1922. Thereafter it performed there annually, and maintained a high-profile reputation among orchestras of the American heartland.

In 1931, a permanent home for the orchestra was constructed thanks to a grant by John L. Severance, the MAA president, as a memorial to his wife, who had died unexpectedly. It has clear acoustic properties and a beautiful appearance and was designed with radio broadcasts in mind. Two music directors led the orchestra through the Depression and World War II eras: Artur Rodzinsky (1933-1943) and Erich Leinsdorf (1943-1946). A historical high point in Rodzinsky's tenure was the first American performance of Shostakovich's opera Lady Macbeth of Mtensk, one of the 15 fully staged opera productions Rodzinsky led with the orchestra in his decade of leadership.

The fourth music director, George Szell (1946-1970), made the Cleveland Orchestra into one of the most admired symphony orchestras in the world. His often merciless drilling polished it into an ensemble of unsurpassed precision. Under Szell's leadership, the orchestra expanded to 105 players, and its season went from 30 weeks to year-round, including a summer season at the Blossom Music Center in Cuyahoga Falls, OH. Radio station WCLV began its series of nationally broadcast Cleveland Orchestra concerts, now the longest-running such series in the USA. 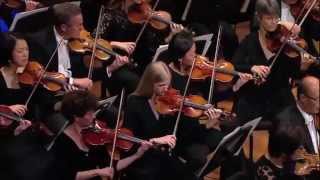 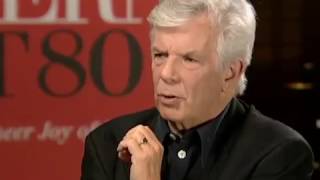 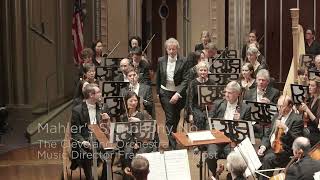