Close
Max Bacon
Biography
In the eye of the general public (and rock history), Max Bacon is the man of a single fame: in 1986, he was lead singer for the short-lived rock supergroup GTR. Since that time his powerful, arena rock vocal talents have been featured in sessions by artists like Mike Oldfield and Steve Howe, but he has never been able to light up a solid solo career -- put it on the count of a not-so-distinctive voice and average songwriting skills. His two solo albums consist of collections of demo recordings and unreleased sessions.

Bacon made his professional debut in the fringes of the New Wave of British Heavy Metal, in the early '80s. Very early in his career he signed a record contract that put him at the mercy of his record label, who often treated him like an employee, suited or not for the job at hand. Still unknown, he was parachuted in the ranks of Nightwing and sung on their third and fourth albums, Stand Up and Be Counted (1983) and My Kingdom Come (1984). The progressive metal leanings of Nightwing and his own proficient technique marked him as an art rock singer. After a short stint with Bronz, Bacon was drafted to be part of GTR, an AOR supergroup that included two giants of progressive rock, guitarists Steve Howe (ex-Yes) and Steve Hackett (ex-Genesis). Their 1986 self-titled debut would be their only album, but the short lifetime of the group gave Bacon a chance to tour the world, perform in arenas and enjoy a high profile he would never know again. It also gave him his only hit song: When the Heart Rules the Mind.

After the demise of GTR in 1987, Bacon appeared on two of Mike Oldfield's albums (Islands in 1987, Earth Moving in 1989) and the Phenomena 2 project. Meanwhile, he tried to put a band together with Asia's Geoff Downes, Thin Lizzy's Scott Gorham, 21 Guns' Mike Sturgis, and GTR alumni Phil Spalding. Even though the group recorded some sessions, no album materialized. Some of these tracks surfaced on Bacon's first solo album The Higher You Climb, released in 1995 in a limited edition (now deleted), along with some demos for an abandoned second GTR album. Since the late ‘90s, Bacon has retreated to his native Cheshire (England), performing with local musicians. A second solo CD, From the Banks of the River Irwell, came out in 2002. ~ François Couture, Rovi 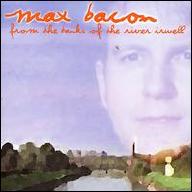 From the Banks of the River Irwell
2002
Videos
Close 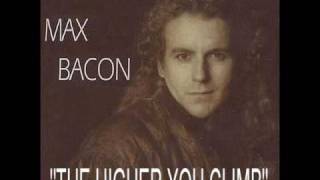 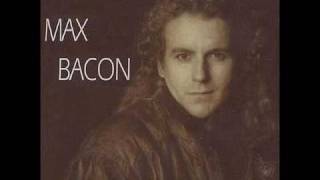 MAX BACON (GTR) -No One Else is to Blame feat. STEVE HOWE 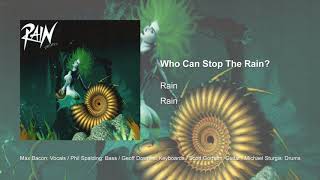 Who Can Stop The Rain? (Rain): Max Bacon vocals 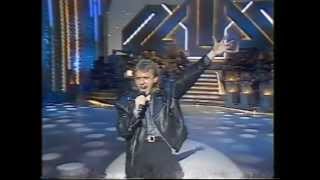 Max Bacon (GTR) - when the heart rules the mind. 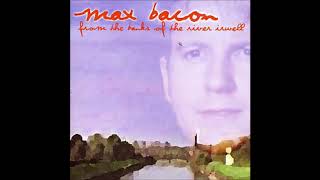 Max Bacon - Tears in My Eyes 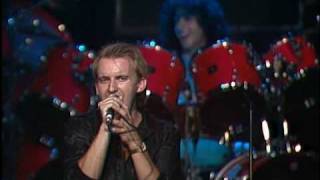 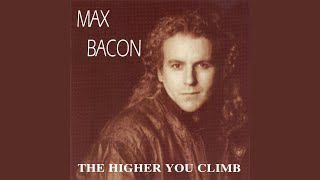