Close
Monica
from College Park, GA
October 24, 1980 (age 40)
Biography
When Monica arrived in the wake of the new jack swing era with the multi-platinum Miss Thang (1995), the singer was among a class of teenaged pop-R&B newcomers with the likes of Usher, Brandy, and Aaliyah. She stood out with distinctly Southern grit and boldness, as well as unmatched maturity and versatility that belied her age. Like those peers, Monica proved to be no mere shooting star. Her follow-up, The Boy Is Mine (1998), also went multi-platinum, powered by the Brandy duet of the same title, which for three months topped the Hot 100 before it took that year's Grammy for Best R&B Performance by a Duo or Group with Vocal. Just as she and early supporter Dallas Austin were key to the emergence of the Atlanta music scene in the '90s, Monica was a major factor in the city's dominance across the next two decades. She put together four straight Top Ten albums, including the chart-topping After the Storm (2003), and each one involved established and emergent Georgians as producers, fellow songwriters, and featured artists. By the time Monica ended her major-label affiliation, following eighth album Code Red (2015), her catalog was deep and deceptively vast, ranging from Diane Warren-penned adult contemporary ballads to Millie Jackson-like broadsides, and from vintage-sounding slow jams produced by Missy Elliott to booming tracks straight from the streets of ATL. She has since gone independent with singles issued in anticipation of Trenches (2020), her ninth full-length.

Monica Denise Arnold was born and raised outside Atlanta in College Park. She started singing in church as a toddler and soon diversified by competing in talent shows. When she was 11 years old, a winning performance of "The Greatest Love of All," patterned after Whitney Houston's version, impressed a talent scout and led to connections with Dallas Austin and Queen Latifah. Signed to the former's Arista-affiliated Rowdy label, and managed by the latter, Monica debuted at the age of 14 with "Don't Take It Personal (Just One of Dem Days)." The Austin-produced single entered Billboard charts in April 1995, eventually crowned Hot R&B Singles, and missed the top of the Hot 100 by one spot. Recorded over a period of three years, parent album Miss Thang arrived that July and was further boosted by "Before You Walk Out of My Life"/"Like This and Like That" and "Why I Love You So Much"/"Ain't Nobody," highly successful double A-sides made with the likes of Austin, Soulshock Karlin, and Daryl Simmons. Monica also showed uncommon maturity on the Usher duet "Let's Straighten It Out," a vintage ballad that preceded the neo-soul movement by a couple years, and in a few collaborations with Tim Bob, such as a cover of the S.O.S. Band hit "Tell Me If You Still Care." Miss Thang later attained triple-platinum status.

Having appeared on the soundtracks for Panther (featured on "Freedom") and The Nutty Professor ("Ain't Nobody"), Monica made her biggest contribution to a film yet in 1996 with the Space Jam cut "For You I Will." Written by Diane Warren and produced by David Foster, the ballad became Monica's fourth consecutive Top Ten hit on the R&B and pop charts. The following May, the singer returned beside Brandy with "The Boy Is Mine," which topped the R&B and pop charts. During the duet's three-month reign on the Hot 100 -- more specifically all of June, July, and August -- Monica issued the like-titled album on Arista proper. It entered the Billboard 200 at number eight and boasted additional number one pop hits with "The First Night" and "Angel of Mine," produced respectively by Jermaine Dupri and Rodney Jerkins. Appeal across genres and generations was reinforced with another Warren/Foster number, as well as a Foster-helmed cover of Richard Marx's "Right Here Waiting" (featuring 112), and an appearance from OutKast. The Boy Is Mine was certified platinum -- on its way to triple platinum -- by the time the title song won a Grammy award for Best R&B Performance. "The Boy Is Mine" was also a Record of the Year nominee.

As an occasional actor with appearances in episodes of television series such as New York Undercover and Living Single, Monica branched into movies between albums with roles in Boys and Girls and Love Song. She also contributed to the soundtracks of Down to Earth and Big Momma's House before she completed All Eyez on Me, much of which she co-wrote. This was her first recording as one of the core artists on J, the Sony-distributed upstart venture of Arista founder Clive Davis, but it was delayed repeatedly -- even after the feel-good title song was issued as a single -- and ultimately released only in Japan, landing there in October 2002. Monica quickly rebounded in the studio with Missy Elliott heavily involved as a producer and writing partner. The first result of their work together, "So Gone," followed in April 2003. It topped Hot R&B/Hip-Hop Singles, went Top Ten pop, and became the lead single off After the Storm, an album of mostly new material that went straight to number one upon its June release. All Eyez on Me holdover "U Should've Known Better" later peaked on the Hot 100 at number 19.

Throughout each successive album that arrived every few years, Monica continued to mix and match contemporary trends while drawing from traditional R&B. Jermaine Dupri and Dem Franchize Boyz helped her tap into the Atlanta snap sound with "Everytime the Beat Drop," the biggest single off her 2006 album, The Makings of Me (number one R&B/hip-hop, number eight pop). The second single off that 2006 album, "A Dozen Roses (You Remind Me)," was another misty soul throwback of sorts -- this time thanks to a sample of Curtis Mayfield's "The Makings of You," following the dusty Whispers assist on "So Gone" -- co-produced by Missy Elliott. Still Standing appeared four years later with yet another Elliott collaboration, "Everything to Me," based on Deniece Williams' "Silly" with Jazmine Sullivan on-board as a co-writer. The anthemic title song, co-produced and co-written by another frequent studio partner from this period, Bryan-Michael Cox, put a powerful feminized spin on ATL native T.I.'s "What You Know," and featured a verse from Ludacris. At the 53rd Annual Grammy Awards, "Everything to Me" was nominated for Best Female R&B Vocal Performance, and Still Standing, Monica's second number one R&B/hip-hop LP (number two pop), was up for Best R&B Album. On the small screen, Monica starred during this time in the reality series Monica: The Single and Monica: Still Standing. Moreover, she landed a role in the Rockmond Dunbar film Pastor Brown, and in 2011 joined the cast of The Voice as an adviser to coach CeeLo Green.

Still Standing also capped Monica's run with J, but the singer made a natural shift to RCA, which essentially absorbed the label. New Life, a Top Five R&B/hip-hop and pop entry in April 2012, was led by "Until It's Gone," another ballad aided by Missy Elliott and Jazmine Sullivan. That and two of its other singles, including "It All Belongs to Me" -- a reunion with Brandy and one of a few tracks co-produced by Earl Hood and Eric Goudy II, aka Earl E -- peaked in the 20s of the R&B/hip-hop chart. Toward the end of 2015, Code Red followed with the title song -- co-produced by Polow da Don, featuring Elliott, and introduced by Monica's daughter Laiyah -- a highly energized critique of urban contemporary radio. Unsurprisingly, the song wasn't on the airwaves nearly as often as "Just Right for Me," a collaboration with Polow and Lil Wayne that was more in line with Monica's past hits. Monica also worked with Timbaland on the album, her fifth straight title to simultaneously reach the R&B/hip-hop and pop Top Tens. Monica parted ways with RCA and by the end of the decade established her independent phase with the singles "BeHUMAN," "Commitment," and "Me + You." In 2020, she continued with "Trenches," a collaboration with the Neptunes and Lil Baby, and prepared her album of the same title for release that November. ~ Andy Kellman, Rovi 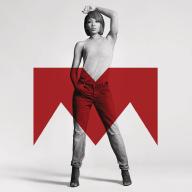 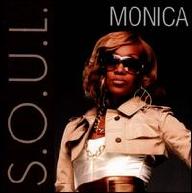 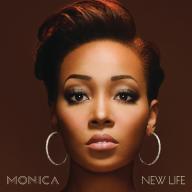 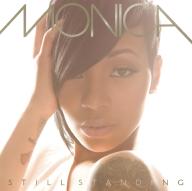 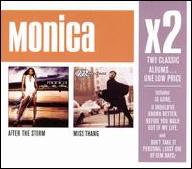 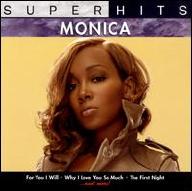 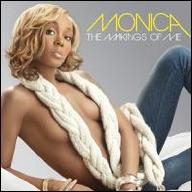 The Making Of Me
2006
Videos
Close 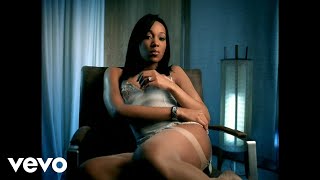 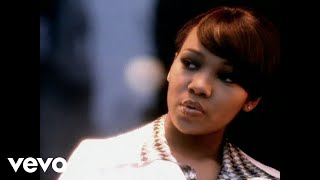 Monica - Why I Love You So Much (Official Video) 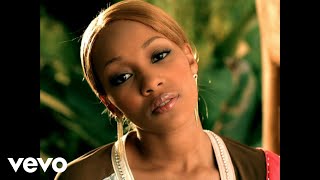 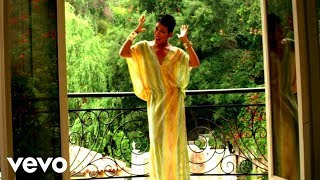 Monica - Love All Over Me (Official Video) 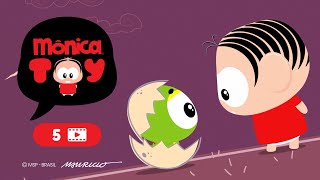 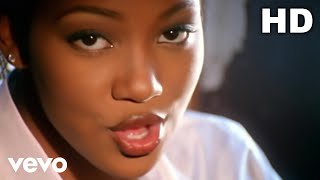 Monica - Before You Walk Out Of My Life (Official HD Video)
Available here: