Close
Jah Wobble
from London, England
August 11, 1958 (age 62)
Biography
Jah Wobble is one of the genuine polymaths to emerge from the British post-punk scene of the late 1970s. He is a virtuoso bassist, composer, producer, journalist, poet and author. As a musician, his dub-heavy style weds reggae, jazz, funk, punk, and numerous global folk traditions (from Celtic to Asian music and more), he has influenced an entire generation of players. Wobble emerged as the bassist in Public Image Ltd., but left after two albums to pursue an idiosyncratic musical path that began with the album Betrayal in 1980. It won the respect of his peers. His 1982 offering, Snake Charmer, a mini-album with Can's Holger Czukay and U2 guitarist the Edge, won international acclaim and even hit the British charts. Disillusioned with the music business and suffering from acute alcohol addiction, Wobble walked away from music during the late '80s to become a ticket taker on the London Underground. He returned in 1991 with Rising Above Bedlam with his erstwhile Invaders of the Heart collective; it was nominated for a Mercury Prize. After issuing the experimental dub offering Heaven Earth in 1997 and The Inspiration of William Blake in 1998, Wobble left the major labels behind for a time and formed his own label, 30 Hertz Records, to issue a string of critically lionized, groundbreaking albums in a wide variety of genres including the jazz fusion date The Light Programme and the vanguard Passage to Hades with Evan Parker. After five more albums with Invaders of the Heart, including The Celtic Poets and Molam Dub, Wobble put the outfit to bed in 2003 and issued a string of solo and collaborative discs, including Live in Leuven with Can's Jaki Leibzeit and DJ/producer Philip Jeck, before resurrecting his group for 2016's studio set Everything Is No Thing.

Born John Wardle, Jah Wobble was an old friend of Sex Pistols singer Johnny Rotten. When the Pistols broke up, Rotten formed Public Image Ltd., and Wobble became the bass player. After the group's first few albums, Wobble had a falling out with Rotten (now Lydon) and guitarist Keith Levene and departed for a solo career, also collaborating with artists such as Can members Jaki Liebezeit and Holger Czukay, and U2's the Edge. Wobble's solo repertoire ranges from pop to pseudo-reggae to "difficult to listen to" experimentation. In the late '80s, his career took a nosedive, and he had a job sweeping train stations. He began listening to music from places like North Africa, the Middle East, and Eastern Europe and formed Invaders of the Heart with guitarist Justin Adams.

The single "Bomba" brought Wobble back into the public eye in 1990, and he collaborated with Sinéad O'Connor and Primal Scream in addition to releasing the Invaders of the Heart album Rising Above Bedlam in 1991. Three years later, he released Take Me to God, which featured a number of guest appearances from the likes of Gavin Friday. In 1995, he released Psalms, followed in 1996 by The Inspiration of William Blake. In 1997 Wobble formed his own label, 30 Hertz, to release Jah Wobble Presents the Light Programme. Umbra Sumus appeared the following year. In 1999, he released Deep Space, which featured appearances from Bill Laswell and Jaki Liebezeit.

In the new century, Wobble became prolific. His first release was Full Moon Over the Shopping Mall, issued in the spring of 2000, followed by Molam Dub that fall. Passage to Hades with Evan Parker appeared in spring 2001. In 2002, Wobble began a series of interconnected -- sometimes short-lived -- collaborative groups to execute specifically minded projects. First, Temple of Sound -- with Natasha Atlas, Nina Miranda, and Shahin Badar -- released Shout at the Devil. That same year, Solaris: Live in Concert reunited Wobble with Laswell and Liebezeit, along with pianist Harold Budd and cornetist Graham Haynes. Reed and woodwind master Clive Bell and trumpeter Harry Beckett assisted Wobble with the nocturnal club jazz that was Fly later in the year.

In 2003, he resurrected another previous group he called Deep Space. This version contained original members Philip Jeck and drummer Mark Sanders with bagpipers Bell and Jean-Pierre Rasle, Beckett, guitarist Chris Cookson, and singer Cat Von Trapp. They released the full-length Five Beats. Bell, Rasle, and Cookson would continue to play with Wobble throughout the decade no matter the band, as evidenced by the ambitious English Roots Music (credited to his Invaders of the Heart project with Liz Carter on vocals). He also cut the soundtrack to the French film Fureur (Fury) for EastWest. Wobble and pedal steel legend B.J. Cole, with Bell, Cookson, and Beckett, cut the nocturnal jazz-dub recording Elevator Music, Vol. 1A in 2004. Later that year, Trojan Records honored Wobble with a career-spanning three-disc retrospective, I Could Have Been a Contender. The dub effort MU was issued by Trojan in 2005.

In 2006 there were two Wobble offerings: the completely solo Alpha-One Three (titled for his taxi driver handle), which appeared in July, and Jah Wobble the English Roots Band in November. The latter is interesting because after English Roots Music, these musicians became a band apart from Invaders of the Heart. This latter album was recorded live in one take in the studio to reflect the fearsome live energy of their concert performances. Trojan Records issued another of Wobble's wild takes on dub with Heart Soul in 2007. This recording also brought Gregorian plainsong, Appalachian folk, and gospel into the mix, creating a past-future effect.

The wildest was yet to come, however, as he brought dub to the East by employing Cookson, Sanders, and Bell alongside a group of Chinese traditional musicians to create the inimitable and provocative Chinese Dub in 2008. Car Ad Music, with Cookson, Bell, Beckett, and percussionist Neville Murray, was issued in 2009, and the (mostly) solo Welcome to My World arrived in 2010. Also in 2010, Wobble moved his dub fusion toward Japan with The Japanese Dub, recorded with the Nippon Dub Ensemble (Joji Hirota and Keiko Kitamura) with Bell and Robin Thompson guesting.

Wobble was no less prolific in 2011, recording a pair of albums that are, as has become his wont, radically different from one another. The first, 7, issued on Pressure Sounds, was recorded by his Modern Jazz Ensemble as a tribute to his some of his jazz heroes -- Miles Davis, Donald Byrd, Weather Report, the Art Ensemble of Chicago, etc. The personnel include Cookson and Bell but also Marc Layton-Bennett (drums), George King (keyboards), Sean Corby (trumpet and flügelhorn), and Shri Sriram (tablas and bowed bass). The second offering of the year was a collaboration with guitarist, vocalist, songwriter, and celebrated post-punk revivalist Julie Campbell called Psychic Life, which was issued on Cherry Red in November.

The following year, Wobble and Levene reunited for Yin Yang, an exercise in deep dread dub and post-psychedelia. Two more collaborations were on tap for 2013: Kingdom of Fitzrovia with bassist Bill Sharpe was an exercise in electric jazz-EDM fusion, while Anomic with Marconi Union was an ambient dub offering. A year later, Sonar Kollectiv issued Inspiration, billed as "Jah Wobble Presents PJ Higgins." The set was co-produced by the bassist and showcased the singer in a variety of settings from soul and reggae to jazz and blues. In 2015, Cherry Red issued the massive Redux: Anthology 1978-2015. Containing five themed discs and one of covers, it was painstakingly and exhaustively annotated by the artist.

Not resting on his laurels, Wobble undertook a PledgeMusic campaign later in the year to fund his next recording. He worked with Youth in Dub Trees, a fusion group that married dub with world and electronic music. Their Celtic Vedic album was issued in May. It was the first of three projects the pair would work on together that year. Wobble's crowdfunded jazz album Everything Is No Thing was issued in August and the first to be released on Jah Wobble Records. In addition to Youth as producer, it featured guests Tony Allen, Nik Turner, and Alabama 3 vocalist Aurora Dawn. Their third collaboration was a double-disc compilation simply titled In Dub, released in September.

During an international tour, Wobble and his intrepid Invaders of the Heart played not only the new material, but revamped selections that ranged through his four-decade career. In early 2017 he decided to revisit them again, this time in a recording studio. Wobble's octet cut not only the iconic "Public Image," but also redid such identity-laden tunes as "Visions of You" (with Aurora Dawn on vocals), "Becoming More Like God," "Foderstompf," a live version of "Poptones," and the cinema themes he'd peppered his sets with for years, including "Midnight Cowboy," "Get Carter," and more. The 25-track double-length set was issued in the early summer. In 2018, Wobble issued two albums, the first, Dream World, was recorded in his home studio and inspired by filmmaker Francois Truffaut as well as the bassist's own memories of London, Brighton, and Manchester. The nine primarily instrumental compositions encompass funk, classical, jazz , reggae and electronic sounds. The second Maghrebi Jazz was recorded in collaboration with the Moroccan-born, London-based trio Momo (Music of Moroccan Origin) who created their own blend of traditional Moroccan music with techno, trance, garage, and breakbeat sounds. ~ Steve Huey & Thom Jurek, Rovi 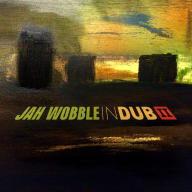 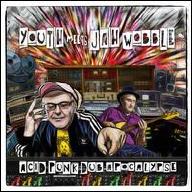 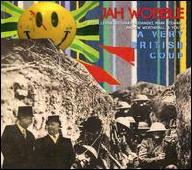 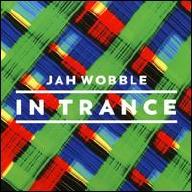 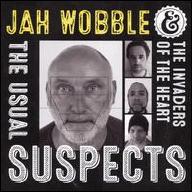 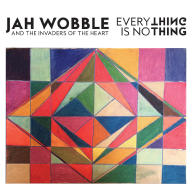 Everything Is No Thing
2016 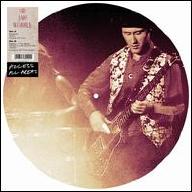 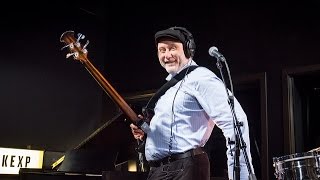 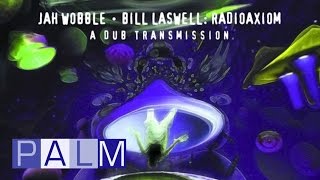 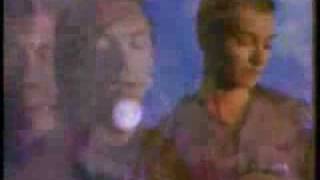 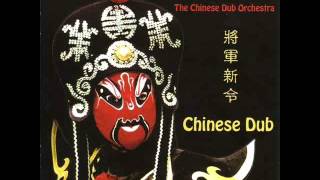 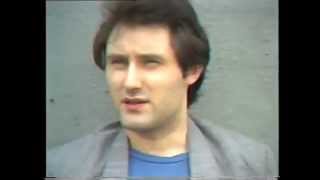 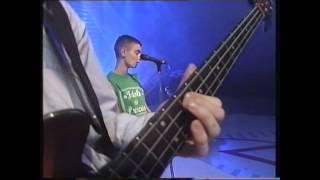 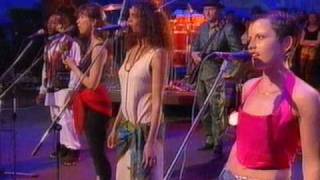