Close
Lewis Nash
from Phoenix, AZ
December 30, 1958 (age 62)
Biography
Although Lewis Nash has played the drums on more than 200 recordings, he has only one CD, recorded in 1989, under his own name. The title says it all: Rhythm Is My Business. Born in 1958 in Phoenix, AZ, Nash was destined to leave his hometown for New York to play with some of the greatest stars of the history of modern jazz.

The talented young drummer played the drums in Phoenix, before moving to New York in 1981. In this jazz mecca, Nash had the incredibly good fortune to join Betty Carter's band when he was just 23 years old, giving him the opportunity to hone his chops with world-class musicians like Benny Green, Stephen Scott, and Don Braden. Carter was known for her insistence on the absolute best from her musicians, and Nash grew as a musician and as a performer under her tutelage. He appears on many of her recordings, including the Grammy Award-winning 1988 CD, Look What I Got.

It was his decade with the Tommy Flanagan Trio for which Nash may be best known. The legendary Flanagan is on record as having preferred to work with the intuitive, always-ready Nash more than any other drummer. Along with Flanagan on piano, and Peter Washington on bass, the trio created some of the most memorable jazz recordings of the 1990s. Sea Changes (1996), Lady Be Good...For Ella 1994, and Live At the Village Vanguard (1998) are just three of the trio's outstanding albums.

In the late '90s, Nash started branching out. He formed his own group, the Lewis Nash Ensemble, comprised of Nash, along with Jimmy Green on saxophone; David Finck on bass; Steve Nelson on vibraphone; and Steve Kroon on percussion. Among the group's many accomplishments is their two year stint with the Jazz at Lincoln Center Program, performing in the New York public school system. Providing inspiration and expertise to students is an important part of Nash's career. In 2001, he became a member of the faculty at the prestigious Juilliard School of Music.

As with any good teacher, Nash continues to learn as well. One such growth experience is his collaboration with David O'Rourke on a project to take traditional Irish music and address it in the jazz idiom. Their Celtic Jazz Collective released a CD in 2001: Celtic Jazz Collective: IsLinn (A Vision). In addition to Nash and O'Rourke, the recording features uilleann pipe master, Paddy Keenan; Regina Carter on violin; Martin Reilly on accordion; Marie Reilly and Fiona Doherty on fiddles; pianist, Fintan O'Neill; Niall Vallely on concertina; along with Peter Washington and Ronan Guilfoyle, both on bass; and Steve Kroon on percussion. The group has taken two diverse musical traditions, and synergized them into something new and exciting. That is just the way things seem to go in the life of Lewis Nash, whose business is rhythm. ~ Rose of Sharon Witmer, Rovi 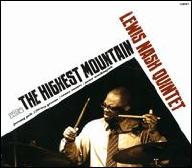 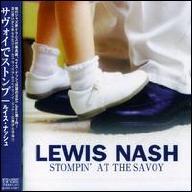 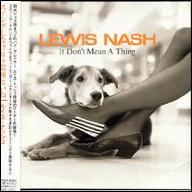 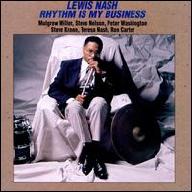 Rhythm Is My Business
1989
Videos
Close 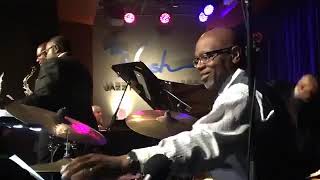 The Lewis Nash All Stars Live On The Jake Feinberg Show 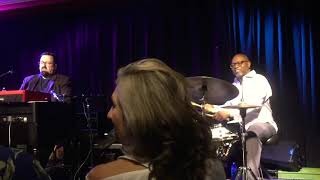 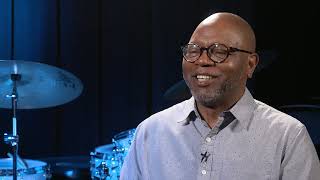 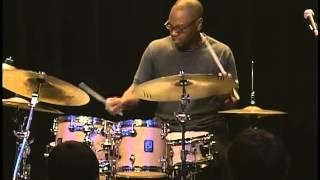