Close
Jackie DeShannon
from Hazel, KY
August 21, 1941 (age 79)
Biography
Singer and songwriter Jackie DeShannon has quite a musical legacy. Her early singles crafted doo wop to intelligent lyrics. She toured with the Beatles in 1964 and more than held her own. She wrote songs with Randy Newman and Jimmy Page. She sang with Van Morrison. She was among the first artists to realize that folk and pop could work together and was a behind-the-scenes innovator in the creation of folk-rock. And she did it all with style and grace, singing with a sexy, husky voice full of energetic passion and writing songs that gracefully belied the craft behind them. By all accounts she should be a household name instead of just a respected rock & roll footnote.

Born Sharon Lee Meyers in Hazel, KY on August 21, 1941, she was singing country songs on a local radio show by the time she was six years old. By 11, she was hosting her own show on the station, and was already single-minded about a career in music. After the family moved to Illinois, Myers continued to work at singing and songwriting, and recorded regional singles under various names as a teenager, including sides as Jackie Dee and Jackie Shannon. Her versions of a pair of country songs, “Buddy” and “Trouble,” caught the ear of rocker Eddie Cochran, who sought her out and introduced her to his girlfriend, singer and songwriter Sharon Sheeley. Sheeley and Myers began writing songs together, including “I Love Anastasia” (a hit for the Fleetwoods) and “Dum Dum” (a hit for Brenda Lee).

Myers signed a recording contract with Liberty Records in 1960. By this point she had grafted the names Jackie Dee and Jackie Shannon together to become known as Jackie DeShannon, and it was under that name that her fine debut single, “Lonely Girl,” appeared later that year. Although she continued to release fine singles, including the Sonny Bono/Jack Nitzsche classic “Needles and Pins” and her own “When You Walk in the Room,” which innovatively merged folk-rock with a Phil Spector-like Wall of Sound arrangement (both songs were later big hits for the Searchers), she only had moderate success on the charts. But DeShannon, aside from her obvious talents as a writer and singer, was also a striking blonde with plenty of cool charisma, and Liberty Records was well aware of it, and stuck with her even though she wasn’t reaching the top of the charts. Dating Elvis Presley for a time didn’t hurt her in this regard, and neither did close friendships with Ricky Nelson and the Everly Brothers, and she was even cast in the teen movie Surf Party, where she was matched with singer Bobby Vinton.

Her biggest break came, though, when she opened for the Beatles on the group’s first U.S. tour in 1964, and with a band that included a young Ry Cooder, she more than held her own. That same year the Byrds covered her song “Don’t Doubt Yourself Babe” on their debut album for Columbia Records, which only added to her visibility. DeShannon moved briefly to England the next year in 1965, where she began writing songs with a pre-Led Zeppelin Jimmy Page (speculation has long been that “Tangerine,” from Zep's third album, is about DeShannon), including “Don’t Turn Your Back on Me” and “Dream Boy.” Quickly becoming an A-list songwriter, DeShannon also penned “Come and Stay with Me” for Marianne Faithfull, who had a hit with it on both side of the Atlantic. Moving to New York, DeShannon began writing songs with a pre-fame Randy Newman (“Did He Call Today Mama?” and “Hold Your Head High,” among others). In 1965 DeShannon finally conquered the pop charts with her version of Burt Bacharach and Hal David's “What the World Needs Now Is Love,” and two years later in 1967 she played a folksinger in the movie C’mon Let’s Live a Little, which also featured singer Bobby Vee.

But DeShannon was tough to market and peg -- she was obviously young and beautiful but her natural intelligence made her seem out of place as a teen idol, and the singer/songwriter era -- which later made a similar artist, Carole King, a huge star -- was still a couple of years down the road. DeShannon was as much a writer as she was a performer, however, and she stayed creative and productive behind the scenes. In 1969 she returned to the pop charts with her own “Put a Little Love in Your Heart,” following it with the only slightly less successful “Love Will Find a Way.” DeShannon left New York and moved to Los Angeles, signing with Atlantic Records in 1970, but although her work for the label was critically acclaimed, fine albums like Jackie and Your Baby Is a Lady failed to find large audiences. She was well respected in the industry, though, and artists like Van Morrison, who had DeShannon provide backup vocals on his Hard Nose the Highway album in 1973, were eager to work with her.

But DeShannon didn’t exactly need house-to-house fame to make her career work -- she was an accomplished songwriter, and versions of her songs kept hitting the charts even if she wasn't singing them. “Bette Davis Eyes,” which DeShannon co-wrote with Donna Weiss, was a huge hit for Kim Carnes in 1981. “Break-A-Way,” originally covered by Irma Thomas in 1964, hit big in a version by Tracey Ullman in 1983. “Put a Little Love in Your Heart” charted again in 1989 in a duet version by Al Green and Annie Lennox, and then again in 1993 by Dolly Parton. Pam Tillis' rendition of “When You Walk in the Room” topped the country charts in 1994. In all, an impressive litany of artists has recorded versions of DeShannon songs, including Bruce Springsteen, Ella Fitzgerald, the Isley Brothers, Jim Croce, Steppenwolf, the Righteous Brothers, Karla Bonoff, Mahalia Jackson, Cher, the Carpenters, and Rita Coolidge, among many others. She returned in 2000 with a critically acclaimed comeback effort, You Know Me, but the album -- perhaps predictably -- failed to connect with a large audience. In 2010 she was inducted into the Songwriters Hall of Fame. DeShannon has been married since 1977 to writer and film composer Randy Edelman. ~ Steve Leggett, Rovi 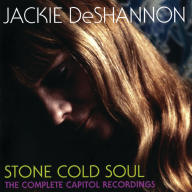 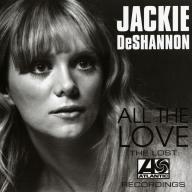 All the Love: The Lost Atlantic Recordings
2015 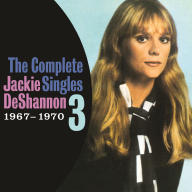 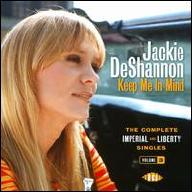 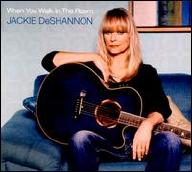 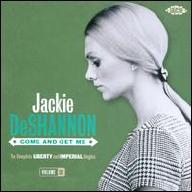 Come and Get Me: The Complete Liberty and Imperial Singles, Vol. 2
2011
Videos
Close 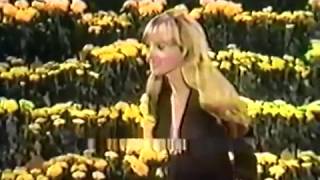 Jackie DeShannon - Put A Little Love In Your Heart (1969) 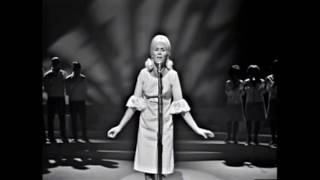 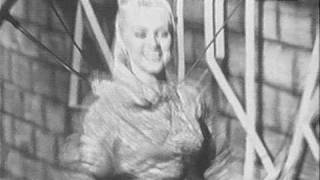 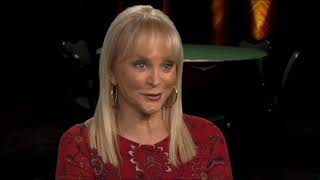 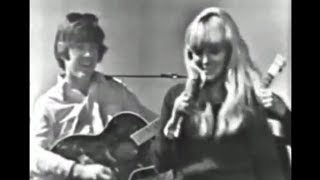 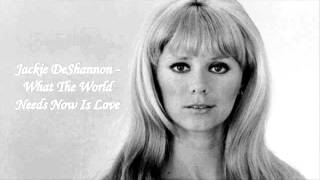 Jackie DeShannon - What The World Needs Now Is Love 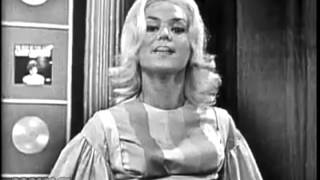