Close
Mighty Two
Biography
The partnership between engineer Errol Thompson and producer Joe Gibbs began in 1975, and over the next eight years the Mighty Two unleashed some of the most celebrated music of the roots era. The term "producer" is used loosely in Jamaica, as the money man behind any recording session is automatically granted that title. In most cases, it's the engineers who actually produce, while the so-called producers finance the records. But it's a bit more complicated than that, because most producers know what they like, and it's up to the engineer to ensure that it's captured on tape. Thus, there's no more important relationship than that between engineer and producer, and few more feted than the Mighty Two. Neither man was a studio novice when the Mighty Two joined forces. Gibbs, a former electronic engineer, produced his first single, and hit, in 1968 -- Roy Shirley's Hold Them -- with many more to follow. That same year, Thompson engineered his first recording, and hit, Max Romeo's Wet Dream, at Studio One.

Personality clashes with Sylvan Morris led Thompson to leave Studio One for Randy's studio, run by the Chin family, and it was there that the engineer initially started working with Gibbs. The partnership came into its own, however, only after Gibbs sold his first studio (to Bunny Lee), opened a new 16-track one at Retirement Crescent, and promptly brought Thompson in to run it. Uniquely, Gibbs now chose to no longer credit just himself on disc; instead, all the pair's releases were credited to the Mighty Two. And the records flooded from the studio: marvelous music from Jacob Miller, Sylford Walker, Culture, Gregory Isaacs, Junior Byles, Junior Delgado, the Mighty Diamonds, Cornel Campbell, Earl 16, and arguably best of all, Dennis Brown. Brown recorded three crucial albums for the Two, Visions, Words of Wisdom, and Joseph's Coat of Many Colours; Culture unleashed the seminal Two Sevens Clash; and Prince Far I the mighty Under Heavy Manners. Far I was among a clutch of heavy-hitting toasters the Two oversaw; others include Ranking Joe, Clint Eastwood, and Jah Thomas. Trinity cut Three Piece Suit for the pair, with the Two providing their own sharp riposte via Althea Donna's U.K. chart-topper Uptown Top Ranking.

These releases, however, barely scratched the surface, for beyond the cultural classics was a stream of strong romantic hits from the likes of Wayne Wade, Marcia Aitken, and Ruddy Thomas, as well as scintillating instrumentals from the Two's studio band, the Professionals, not to mention Thompson's myriad inspired dubs. This flood of phenomenal music continued in the new decade, with more hits coming from Dennis Brown, Don Carlos, Barrington Levy, Cornell Campbell, Freddie McGregor, Barry Brown, and -- arriving from out of left field -- Eek-A-Mouse. To the regret of reggae fans worldwide, a young J.C. Lodge inadvertently brought this gilded era to an end; Gibbs was chased virtually into bankruptcy over underpaid royalties for her cover of Charley Pride's Someone Love You Honey. The producer subsequently relocated to Miami, the partnership split, and the Mighty Two, responsible for so many roots masterpieces, were no more. ~ Jo-Ann Greene, Rovi 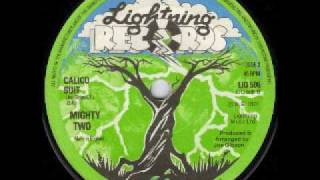 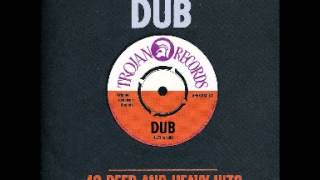 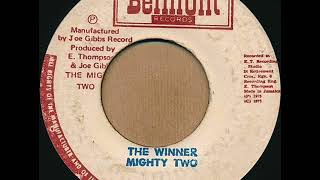 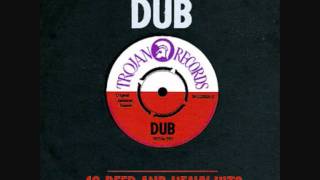 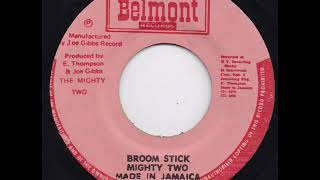 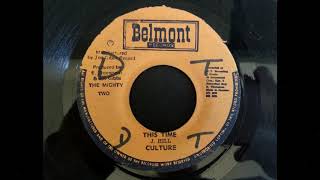 Dillinger - War Is Over + Mighty Two - Jah Did It
Available here: