Close
Vladimir Horowitz
from Kiev, Ukraine
October 1, 1903 - November 5, 1989 (age 86)
Biography
Renowned among the greatest pianists of all time, Vladimir Horowitz was born on October 1, 1903, in the Ukraine. Despite receiving his first piano lessons from his mother, Sophie, at the age of five, he initially indicated little interest in performing, instead focusing his energies on composing; in 1912, however, he began studying at the Kiev Conservatory under professors Sergei Tarnovsky and Felix Blumenfeld, later performing Rachmaninov's Piano Concerto No. 3 at his 1919 graduation. Horowitz made his solo debut recital in 1920 and within two years was regularly performing throughout Russia; during the 1924-1925 season, he gave some 70 concerts -- 23 in Leningrad alone -- all to capacity audiences. In the autumn of 1925, Horowitz left Russia to perform in Berlin and Hamburg; while in Paris, American concert manager Arthur Judson proposed a tour of the U.S. He accepted the offer, which allowed an escape from the revolution; however, he never saw his family again.

In 1928, Horowitz made his American debut at Carnegie Hall with the New York Philharmonic under Sir Thomas Beecham; later that year he reprised Piano Concerto No. 3 for Rachmaninov himself, and the two great pianists became close friends, with Horowitz making the first of his three recordings of the piece in 1930. In 1932, he performed for the first time with conductor Arturo Toscanini at Carnegie Hall with the New York Philharmonic. They too enjoyed a warm relationship, frequently collaborating in the years to come; in December 1933, Horowitz even married Toscanini's daughter Wanda. Settling in New York in 1940, Horowitz was soon granted his American citizenship, and during World War II he headlined a number of benefit performances that generated millions of dollars for the war bond effort. At the same time, he also performed at the American premieres of Prokofiev's Sonatas Nos. 6, 7, and 8, and served as a vocal champion of the music of Samuel Barber and Dmitri Kabalevsky.

In 1953, Horowitz announced his retirement from concert performance; he continued recording, however, signing an exclusive contract with CBS Masterworks in 1962. Finally, in 1965, he agreed to come back to the stage, delivering his "Historic Return" concert. In 1968, he also agreed to a one-hour concert televised on CBS. On the golden anniversary of his American debut, Horowitz gave his first concerto performance in a quarter century, again returning to Rachmaninov's Piano Concerto No. 3 with the New York Philharmonic Orchestra, now under Eugene Ormandy. In 1982 he gave his first recital in London in over three decades at the request of Prince Charles, and in 1986 he returned to Russia for the first time in 60 years, giving concerts in Moscow and Leningrad. The winner of 15 Grammy awards, Horowitz died of a heart attack on November 5, 1989; his body was buried in the Toscanini family tomb at the Cimitario Monumentale in Milan, Italy. ~ Jason Ankeny, Rovi 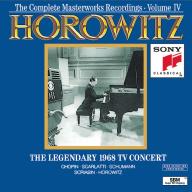 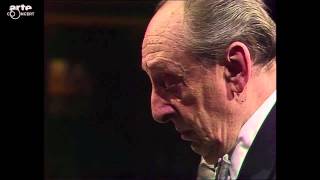 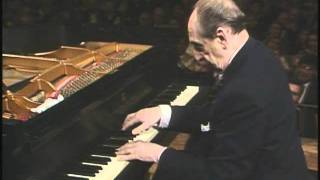 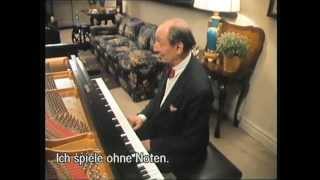 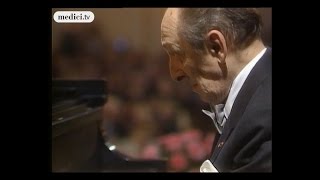 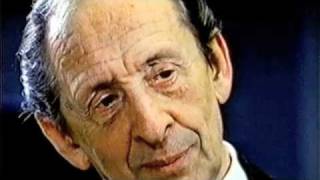 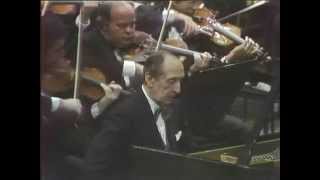 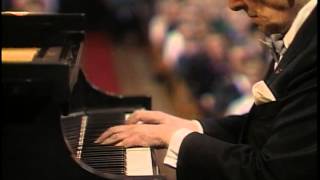