Close
Duke Reid
from Jamaica
July 21, 1915 - January 1, 1975 (age 59)
Biography
Duke Reid was one of the founding fathers of the Jamaican music business, perhaps second in importance only to his chief rival, Clement Coxsone Dodd, both as a record producer and entrepreneur. Much like Dodd, Reid started his career in music as a DJ, then a sound system owner, then a label head (most notably of Trojan and Treasure Isle), then a highly accomplished producer who masterminded some of the greatest Jamaican music of the '60s. His career spanned the earliest days of ska to the rocksteady era, and on through the early '70s, when he helped lay the groundwork for the DJ/toaster era. In his prime, Reid cut a striking, flamboyant profile and was notorious for his tough-guy persona, the product of his previous career as a policeman. He usually carried a loaded revolver and ammunition belt, all prominently displayed, and sometimes a hand grenade or a machete for extra effect. His business tactics could be similarly hard-nosed, but Reid was no mere thug; his genuine skill as a producer remains the cornerstone of his legacy, in particular his work during rocksteady's heyday.

Arthur S. Duke Reid was born in Portland, Jamaica, most likely in 1915. He moved to Kingston in his late teens and eventually took a job as a police officer, an occupation to which he devoted ten years of his life. He quit in order to help his wife run her successful grocery store. A longtime music lover, he started to attract more customers by playing records outside the shop -- mostly American RB and jump blues, as well as some calypso. With business booming, the couple soon moved to a larger location on Bond Street, which was dubbed the Treasure Isle Liquor Store. Reid began hosting his own radio show, Treasure Isle Time, and also started a mobile sound system business, carting his records and stereo equipment from dancehall to dancehall in a Trojan flatbed truck (which gave him his secondary nickname, the Trojan). It was as a dancehall DJ that Reid first created his image; he openly carried weapons, often wore a cape, and sometimes entered his gigs by having his associates carry him in.

As his rivalry with Coxsone Dodd intensified, Reid made more and more trips to America to seek out obscure RB sides and shuffling sax instrumentals. Exclusive holdings became more and more important to a sound system's success, and Reid and Dodd both scratched out the titles and labels on their records, renaming them to protect their true identities. In one famous anecdote, Reid chanced upon a copy of one of Dodd's signature tunes, and debuted it at a sound-system battle with a shocked and dismayed Dodd. Reid was often charged with more unscrupulous tactics; gangs of toughs (or "dancehall crashers") would sometimes start trouble at his competitors' dances, hoping to get the party shut down by police (and maybe smash some equipment in the process). Yet Reid also had the music audiences wanted, and he won Jamaica's top sound-system battle three years running, from 1956-1958.

As American RB evolved into rock and soul, it became increasingly difficult to find the kinds of records that played to Jamaican tastes. Thus, it made increasing business sense for sound system owners to make their own recordings of local artists who could deliver more of what listeners wanted. Reid built a recording studio directly above the Treasure Isle Liquor Store, and began releasing original material starting in 1959. He formed a house band and issued singles by the likes of Derrick Morgan and the Jiving Juniors over the next three years. During that time, the RB-styled shuffle grooves of the late '50s were giving way to the syncopated ska sound. At the same time, records -- initially thought of as the exclusive property of the sound system they were cut for -- became increasingly profitable once they were offered for sale to the general public. Reid, who had previously approached records as a secondary enterprise, shifted his focus to make them his top priority starting in 1962.

From 1962-1965, Reid's labels -- Treasure Isle chief among them -- issued numerous ska hits by the likes of the Skatalites, Stranger Cole, the Techniques, Justin Hinds the Dominoes, and more. However, it wasn't until the arrival of Alton Ellis and the genesis of the slower rocksteady beat in 1966 that Treasure Isle was able to overtake Dodd's Studio One as the most renowned label in Jamaica. The peak years of rocksteady (1966-1968) witnessed many of Reid's finest productions, done for a virtual who's who of the style: Ellis, Phyllis Dillon, the Melodians, the Paragons, the Ethiopians, and the Jamaicans, among others. Most of them were backed by Reid's new house band, Tommy McCook the Supersonics, which were led by the former Skatalites saxophonist.

As rocksteady faded and Rastafarian roots reggae began to take over, Reid found himself in a quandary: the new music wasn't at all to his taste, particularly the social-protest lyrics, and that stance increasingly made him seem part of a musical old guard whose time had passed. Fortunately, there was another trend brewing in the dancehalls: DJs were starting to insert their own rhyming patter, dubbed "chatting" or "toasting," over popular records. Paragons lead singer John Holt brought the pioneer in this area, U-Roy, to Reid's recording studio in 1970. Reid was quickly convinced to record U-Roy, and hit upon the idea of simply having the DJ chat over pre-existing rhythm tracks from past Treasure Isle hits. The results were wildly popular; at one point, four of U-Roy's early singles hit the Jamaican Top Five all at once. Reid continued to record U-Roy through the early '70s, plundering his substantial back catalog for material, and also released records by other early DJs, most notably Dennis Alcapone. Unfortunately, Reid fell seriously ill in 1974; after suffering for the better part of a year, he passed away in 1975. Numerous retrospectives of his production work have since been issued on CD. ~ Steve Huey, Rovi 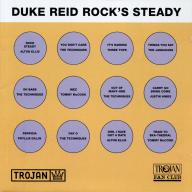 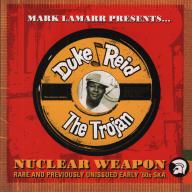 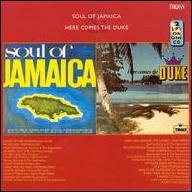 Soul of Jamaica/Here Comes the Duke
1997 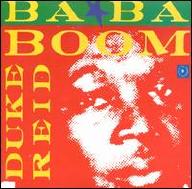 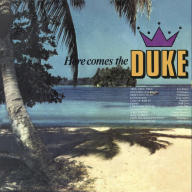 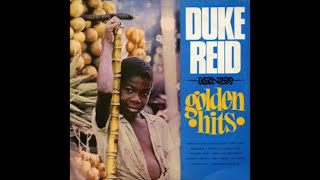 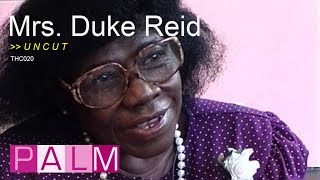 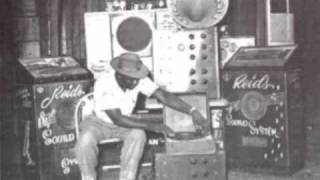 Duke Reid At The Control 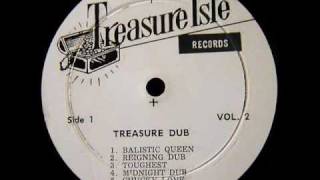 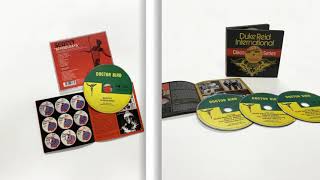 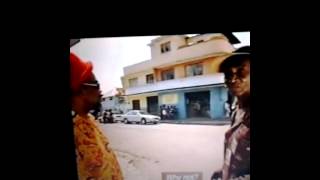 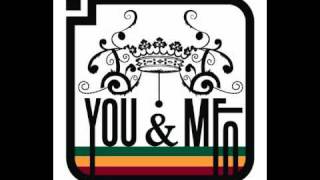