Close
Nick Cave & the Bad Seeds
from Melbourne, Australia
formed January 1, 1983 (age 38)
Biography
Formed after the breakup of the Birthday Party in 1983, Nick Cave the Bad Seeds became one of the most original and celebrated bands of the post-punk and alternative rock eras in the '80s and onward. Playing music that meshed with the dark, multi-layered narratives of Cave's lyrics, the Bad Seeds created sounds that were physically and emotionally powerful, but with a sense of dynamics and drama that set them apart from their peers. The Bad Seeds' sound evolved steadily over the years along with the lyrical outlook of their leader, from the Birthday Party-influenced chaos of 1984's From Her to Eternity and the blues-flavored minimalism of 1985's The Firstborn Is Dead, through the eloquent, gothic post-punk of 1988's Tender Prey and 1994's Let Love In to the relative warmth and humanity of 1997's The Boatman's Call, the tragic beauty of 2001's No More Shall We Part, and the spare but emotionally overpowering soundscapes of 2016's Skeleton Tree and 2019's Ghosteen. While plenty of musicians would move in and out of the Bad Seeds' lineup over the years, throughout their history they were always a musical force as powerful as their leader.

The earliest edition of the Bad Seeds formed in late 1983, as Cave began work on his first post-Birthday Party album, From Her to Eternity. Joining Cave in the studio were Barry Adamson, formerly of Magazine, on guitar and bass; Blixa Bargeld, of German noise ensemble Einstürzende Neubauten, on guitar; and Mick Harvey, who had previously worked with Cave in the Birthday Party and the Boys Next Door, on drums. Jim Thirlwell, best known for his many projects under the moniker Foetus, also played guitar on the sessions, though he never became a formal member. When Cave and the Bad Seeds launched their first tour in December 1983, the lineup featured Adamson, Harvey, guitarist Hugo Race (whose résumé included stints with the bands Dum Dum Fit and Plays with Marionettes), and bassist Tracy Pew, another Birthday Party alumnus. Pew's run with the Bad Seeds was short, and for 1984 and the first half of 1985, the core Bad Seeds lineup was Cave, Adamson, Bargeld, Harvey, and Race. This edition recorded the majority of From Her to Eternity (1984) and its blues-accented follow-up, The Firstborn Is Dead (1985). In mid-1985, Hugo Race dropped out, and Mick Harvey moved from drums to guitar and keyboards; Thomas Wydler, formerly of Die Haut, became the Bad Seeds' new percussionist. This version of the Bad Seeds recorded Cave's all-covers album Kicking Against the Pricks (1986); the same lineup minus Adamson cut the two-LP set Your Funeral... My Trial, also issued in 1986.

As Nick Cave kicked an addiction to heroin and accepted an invitation from filmmaker Wim Wenders to appear in his film Wings of Desire, the Bad Seeds' lineup continued to evolve. In 1997, Kid Congo Powers, who had worked with the Gun Club and the Cramps, joined the group on guitar, as did Roland Wolf on keyboards. This version of the band appeared on 1988's Tender Prey, and the same band minus Wolf accompanied Cave for 1990's The Good Son. By the end of 1990, Kid Congo had left the Bad Seeds, and the group expanded to a six-piece when Conway Savage (keyboards) and Martyn P. Casey (bass) joined Cave, Bargeld, Harvey, and Wydler. This version of the group appeared on the studio albums Henry's Dream (1992) and Let Love In (1994), as well as the live set Live Seeds (1993). In 1994, the group added a second drummer, Jim Sclavunos, who'd played with Teenage Jesus the Jerks, the Cramps, and Sonic Youth. With Sclavunos on board, Cave and the Bad Seeds toured as part of the 1994 Lollapalooza Festival; James Johnston of Gallon Drunk tagged along for the tour, contributing guitar and keys.

After Lollapalooza, Johnston returned to Gallon Drunk, and the seven-piece Bad Seeds recorded 1996's Murder Ballads. In 1997, Cave and the band issued The Boatman's Call, which introduced Warren Ellis, formerly of the Dirty Three, on violin, mandolin, and guitar. The same lineup also recorded No More Shall We Part (2001) and Nocturama (2003). March 2003 brought the surprising news that Blixa Bargeld had parted ways with the Bad Seeds; James Johnston rejoined the group in his place, and this version of the Bad Seeds issued a pair of studio albums, Abattoir Blues/The Lyre of Orpheus (2004) and Dig, Lazarus, Dig!!! (2008, without Savage), as well as the concert recording Abattoir Blues Tour (2007). As Cave and the Bad Seeds took to the road to tour in support of Dig, Lazarus, Dig!!!, Johnston was absent from the touring party, and for a 2009 summer tour, the band was joined on-stage by guitarist Ed Kuepper, formerly of Australian punk legends the Saints.

When the Bad Seeds regrouped to record 2013's Push the Sky Away, the ensemble featured Cave, Casey, Ellis, Savage, Sclavunos, and Wydler. As the band set out on tour in support, Wydler was sidelined by illness, and for the first leg of live dates, Barry Adamson returned to the group, as did Ed Kuepper. By the time the tour had reached the United States, Kuepper was out, and George Vjestica stepped in on guitar. A stripped-down version of the Bad Seeds, minus Savage and Vjestica, recorded a performance for radio broadcast that was later released as 2014's Live from KCRW. In September 2016, Nick Cave the Bad Seeds returned with a new album, Skeleton Tree, which marked the return of Thomas Wydler to the band, joined by Casey, Ellis, Sclavunos, and Vjestica. The same lineup regrouped for the sessions that produced 2019's Ghosteen, one of the band's most subdued efforts and a powerful meditation on the bonds of family and the pain of loss. ~ Mark Deming, Rovi 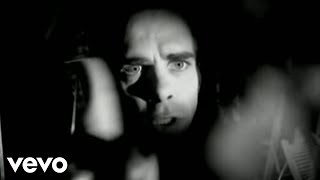 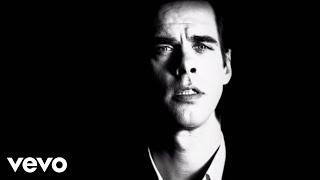 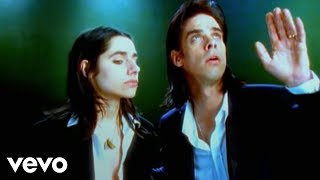 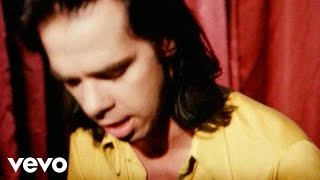 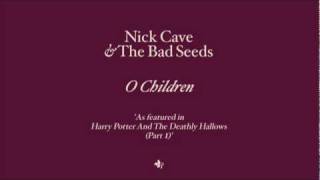 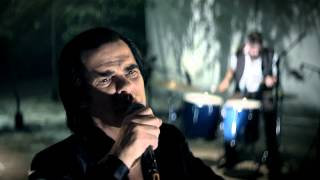 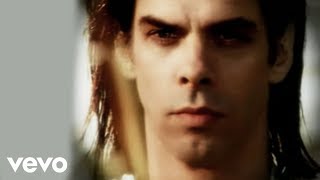