Close
Theo Bleckmann
from Dortmund, Germany
May 28, 1966 (age 55)
Biography
Theo Bleckmann is an award-winning new music vocalist, jazz singer, and composer whose music straddles a variety of traditions from classical to the avant-garde. A student of acclaimed vocalist Sheila Jordan, Bleckmann debuted in the early '90s, working with forward-thinking artists like Kirk Nurock and John Hollenbeck, and as a member of Meredith Monk's ensemble. He has released a string of highly regarded albums for the Winter Winter label, and earned accolades including the Jazz Echo Award for 2008's Twelve Songs with Kneebody and a Grammy nomination for 2009's Schumann's Favored Bard Songs. Bleckmann has continued to expand his approach, exploring pop music as on 2011's Hello Earth! The Music of Kate Bush and collaborating with the progressive brass ensemble the Westerlies on 2021's This Land.

Though his earliest musical influences included the music of the Great American Songbook, Bleckmann didn't set out to be a singer; he trained as an ice dancer in his native Germany before shifting his focus to music. After meeting his mentor, jazz vocalist Sheila Jordan, at a workshop in 1989, he moved to New York and became an integral part of its music, theater, and performance scenes. His first recording, Theo Kirk (with pianist Kirk Nurock), appeared in 1992. He has cut subsequent duo sets with guitarist Ben Monder and worked extensively in a variety of settings with drummer John Hollenbeck. He also recorded with Jordan on 1999's Jazz Child.

Bleckmann spent 15 years as a member of Meredith Monk's ensemble and appeared on 2002's Mercy and 2008's Impermanence. He has also worked with Philip Glass, John Zorn, Kenny Wheeler, and David Lang, to name but a few.

His solo debut was the album Origami for Songlines in 2001, then the singer released what became a long discography for Winter Winter. His efforts for the label include three albums of "bar songs" with pianist Fumio Yasuda: Las Vegas Rhapsody: The Night They Invented Champagne (2006), Berlin: Songs of Love and War, Peace and Exile (2007), and Schumann's Favored Bar Songs (2009), for which he received a Grammy nomination for best Classical Crossover Album). In between the last two albums, he cut 2008's Twelve Songs by Charles Ives with jazz-rock outfit Kneebody. Its startling new arrangements of the American composer's songs earned international acclaim. In 2010, he received the prestigious Jazz Echo Award from the Deutsche Phono-Akademie in his native Germany for his album I Dwell in Possibility. That same year, his collaborative group Moss, with vocalists/composers Luciana Sousa, Peter Eldridge, Lauren Kinhan, and Kate McGarry, released their self-titled debut for Sunnyside. In 2012, Hello Earth! The Music of Kate Bush, was issued by Winter Winter. It was selected by numerous publications and music websites as one of that year's finest recordings. In 2014, he was a featured guest on trumpeter Ambrose Akinmusire's The Imagined Savior Is Easier to Paint. The following year, he was the vocalist with the Julia Hülsmann Quartet on Clear Midnight: Kurt Weill America. Bleckmann made his ECM leader debut with 2017's Elegy, and in 2019 collaborated with New York improviser Joseph Branciforte on the electronic-oriented LP1, the first album on the latter's new Greyfade label. More collaborations followed, including 2019's Terrain with composer Jacob Cooper and singer Jodie Landau, and 2021's This Land with the brass ensemble the Westerlies. ~ Thom Jurek, Rovi 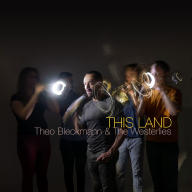 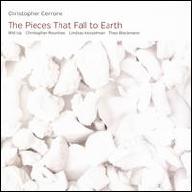 Christopher Cerrone: The Pieces That Fall to Earth
2019 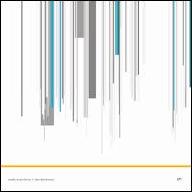 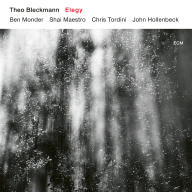 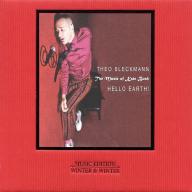 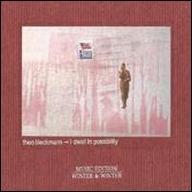 I Dwell in Possibility
2010 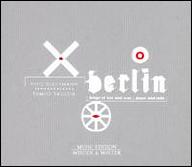 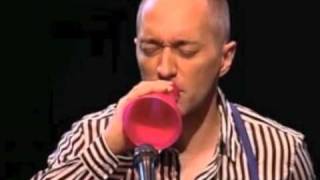 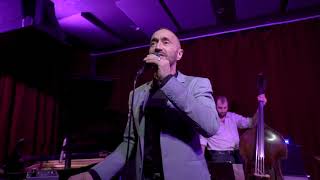 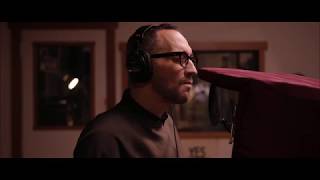 Theo Bleckmann & The Westerlies | Another Holiday 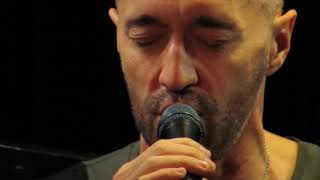 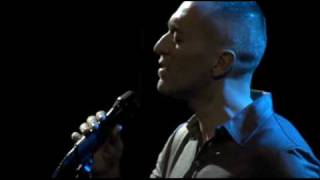 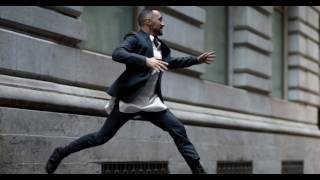 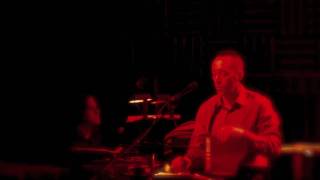