Close
Portugal. The Man
from Wasilla, AK
formed January 1, 2003 (age 18)
Biography
With their peculiar name and remote place of origin, Alaskan experimental indie pop band Portugal. The Man are an unlikely success story. After heading southward to the musical hub of Portland, Oregon, the group -- co-founded by the duo of John Gourley and Zach Carothers -- delivered a series of unique, artfully crafted independent albums throughout the late 2000s, touring hard and eventually signing a deal with Atlantic in 2010. The band's diligence paid off during their major-label tenure with each subsequent album gaining them a wider fan base and increased acclaim. On 2013's Evil Friends, they forged a collaboration with producer Danger Mouse, who again helped out on the group's politically driven eighth album, 2017's Woodstock, which yielded the Grammy-winning hit single "Feel It Still."

Formed in Wasilla, Alaska, Portugal. The Man grew out of the ashes of Anatomy of a Ghost, a post-hardcore band whose vocalist and guitarist -- Gourley and Carothers, respectively -- opted to continue working together. Regarding the group's obscure name, Gourley once explained it as an attempt to create a demi-mythic entity bigger than the individual members. Rounding out the lineup was keyboardist/singer Wes Hubbard, himself a veteran of other Alaskan groups, and the trio eventually relocated to Portland. Their initial existence in the Pacific Northwest was the typical hardscrabble life of a band with few resources, but drummer Jason Sechrist (formerly of Konmai Defense System) joined to form a more stable lineup. The group's profile received a boost from the Internet (the musicians made heavy use of MySpace and PureVolume for promotional purposes), and Portugal. The Man released an EP in 2005 before issuing their debut album, Waiter: You Vultures!, in early 2006.

In 2007, the band (whose lineup had once again reverted to three members, as Hubbard had left and was replaced by touring keyboardist Ryan Neighbors) issued Church Mouth, whose aggressive sound bore traces of Led Zeppelin and Jane's Addiction. The bandmates then opted to finance their third record themselves, drawing upon a wealth of guest musicians -- including trombonists, trumpeters, and violinists -- to create the eclectic Censored Colors. In 2009, the group released The Satanic Satanist, which became their first record to chart on the Billboard 200. They quickly followed it in 2010 with the mellower and more electronic American Ghetto, and the band signed with Atlantic Records later that year.

Guitarist Noah Gersh joined the lineup for Portugal. The Man's 2011 summer tour, and the group recorded their major-label debut album, In the Mountain in the Cloud, in late 2011. Produced by John Hill and mixed by Andy Wallace, it was released in July 2012. Around that time, Sleep Forever, a 13-minute short directed by Michael Ragen and shot entirely in Gourley's hometown, premiered on the Independent Film Channel. It would be the last recording for members Sechrist and Neighbors, who were replaced by drummer Kane Ritchotte and keyboardist Kyle O'Quin.

Portugal. The Man enlisted Danger Mouse (Brian Burton) as producer for 2013's Evil Friends, which was released in June. They returned to the studio in 2014 with the Beastie Boys' Mike D for their eighth studio album. The recordings were eventually scrapped, however, and the band emerged in 2017 with fresh material via the self-produced Woodstock. Led by the single "Feel It Still," it was named in honor of the 1969 festival and the group's attempt to "say something that mattered" in a context of sociopolitical unrest. A critical and commercial success, "Feel It Still" earned Portugal. The Man a Grammy Award for Best Pop Duo/Group Performance. Returning in 2020, the group turned in a pair of unlikely tracks: first, a cover of "Tomorrow" from the musical Annie for the children's compilation At Home with the Kids in August, followed later that year by "Who's Gonna Stop Me," a collaboration with Weird Al Yankovic that honored Indigenous Peoples' Day. ~ Ned Raggett, Rovi 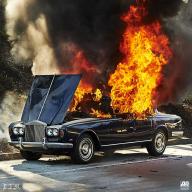 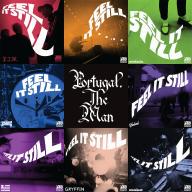 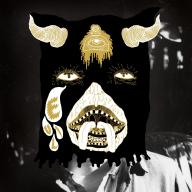 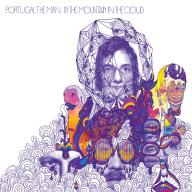 In the Mountain in the Cloud 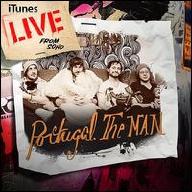 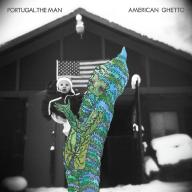 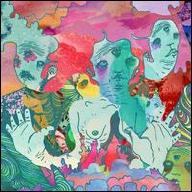 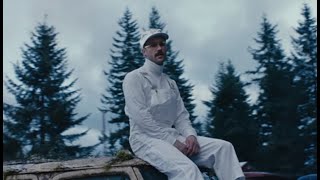 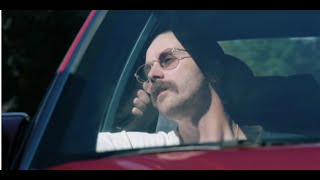 Portugal. The Man - Live In The Moment (Official Video) 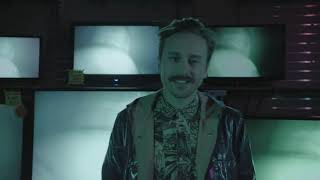 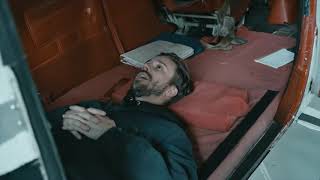 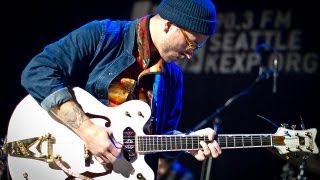 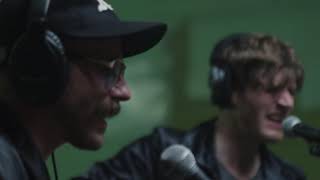 Portugal. The Man - Feel It Still (Live Stripped Down Session) 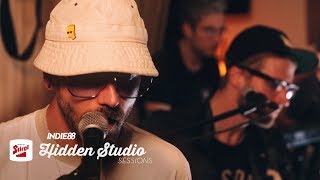