Close
Champion Jack Dupree
from New Orleans, LA
July 23, 1909 - January 21, 1992 (age 82)
Biography
A formidable contender in the ring before he shifted his focus to pounding the piano instead, Champion Jack Dupree often injected his lyrics with a rowdy sense of down-home humor. But there was nothing lighthearted about his rock-solid way with a boogie; when he shouted Shake Baby Shake, the entire room had no choice but to acquiesce.

Dupree was notoriously vague about his beginnings, claiming in some interviews that his parents died in a fire set by the Ku Klux Klan, at other times saying that the blaze was accidental. Whatever the circumstances of the tragic conflagration, Dupree grew up in New Orleans' Colored Waifs' Home for Boys (Louis Armstrong also spent his formative years there). Learning his trade from barrelhouse 88s ace Willie Drive 'em Down Hall, Dupree left the Crescent City in 1930 for Chicago and then Detroit. By 1935, he was boxing professionally in Indianapolis, battling in an estimated 107 bouts.

In 1940, Dupree made his recording debut for Chicago A&R man extraordinaire Lester Melrose and OKeh Records. Dupree's 1940-1941 output for the Columbia subsidiary exhibited a strong New Orleans tinge despite the Chicago surroundings; his driving Junker's Blues was later cleaned up as Fats Domino's 1949 debut, The Fat Man. After a stretch in the Navy during World War II (he was a Japanese P.O.W. for two years), Dupree decided tickling the 88s beat pugilism any old day. He spent most of his time in New York and quickly became a prolific recording artist, cutting for Continental, Joe Davis, Alert, Apollo, and Red Robin (where he cut a blasting Shim Sham Shimmy in 1953), often in the company of Brownie McGhee. Contracts meant little; Dupree masqueraded as Brother Blues on Abbey, Lightnin' Jr. on Empire, and the truly imaginative Meat Head Johnson for Gotham and Apex.

King Records corralled Dupree in 1953 and held onto him through 1955 (the year he enjoyed his only RB chart hit, the relaxed Walking the Blues.) Dupree's King output rates with his very best; the romping Mail Order Woman, Let the Doorbell Ring, and Big Leg Emma's contrasting with the rural Me and My Mule (Dupree's vocal on the latter emphasizing a harelip speech impediment for politically incorrect pseudo-comic effect).

After a year on RCA's Groove and Vik subsidiaries, Dupree made a masterpiece LP for Atlantic. 1958's Blues From the Gutter is a magnificent testament to Dupree's barrelhouse background, boasting marvelous readings of Stack-O-Lee, Junker's Blues, and Frankie Johnny beside the risqué Nasty Boogie. Dupree was one of the first bluesmen to leave his native country for a less racially polarized European existence in 1959. He lived in a variety of countries overseas, continuing to record prolifically for Storyville, British Decca (with John Mayall and Eric Clapton lending a hand at a 1966 date), and many other firms.

Perhaps sensing his own mortality, Dupree returned to New Orleans in 1990 for his first visit in 36 years. While there, he played the Jazz Heritage Festival and laid down a zesty album for Bullseye Blues, Back Home in New Orleans. Two more albums of new material were captured by the company the next year prior to the pianist's death in January of 1992. Jack Dupree was a champ to the very end. ~ Bill Dahl, Rovi 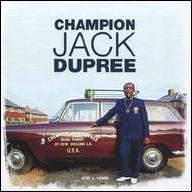 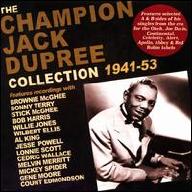 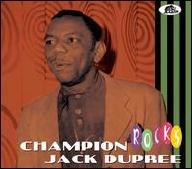 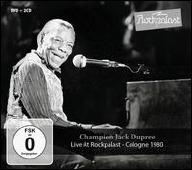 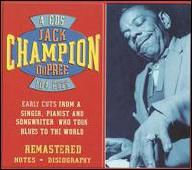 Early Cuts from a Singer, Pianist and Songwriter
2009 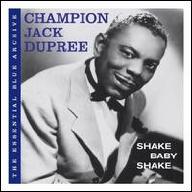 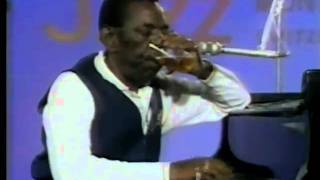 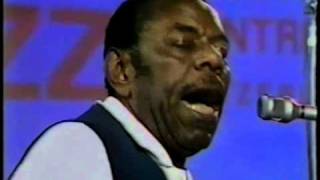 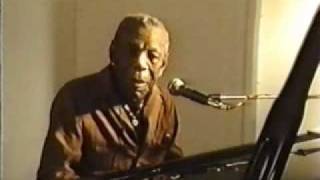 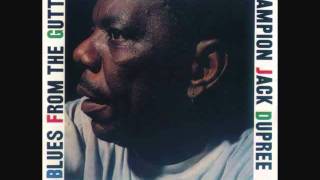 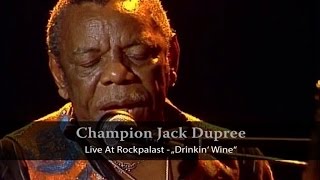 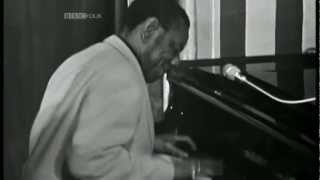