Close
Peter Sinfield
from Putney, West London, England
December 27, 1943 (age 76)
Biography
Peter Sinfield is best known as the lyricist and a founding member of the original King Crimson and its immediate offshoots, up through the version of the band that recorded Islands in late 1971. He later took on a similar role, as lyricist for Emerson, Lake Palmer and for the Italian progressive rock band PFM, at just about the same time that he recorded his one and only solo album, Still. As a lyricist, he has an approach to words as distinctive as any in rock, filled with surreal (and sometimes fiercely sexual) imagery, and a special facility with water images and ideas involving the sea. If he isn't as well known as Keith Reid of Procol Harum, it is only because King Crimson appealed to more eclectic tastes, and Emerson, Lake Palmer's fans never cared as much about words as the band did.

Born in Putney, West London, to mixed English-Irish ancestry, Sinfield was raised largely by his mother's German housekeeper until the age of eight, after which he was sent off to a school called Danes Hill in Oxshott. It was there that Sinfield discovered a love of words and their use and meanings, with the guidance of John Mawson. He came to devour books of all kinds, especially poetry. He left school at 16, stooged around for a while, and worked for a computer company for six years, traveling around Europe when he could and hanging around with friends from the Chelsea Art School. Sinfield began writing poetry again in the mid-'60s, and made a living building and selling kites and lampshades. He spent a number of years drifting around Morocco and Spain before returning to England. Sometime in 1967, he started a band that didn't have any future -- but one of the members was Ian McDonald, who was impressed with Sinfield's talents as a lyricist, if not his abilities as a singer or guitarist.

In 1968, McDonald decided to join Giles, Giles and Fripp, a failed progressive pop trio consisting of Michael Giles, Peter Giles, and Robert Fripp, who were looking to do more with music than their three-man lineup could manage -- he let the others know that he was already working with someone who could write lyrics. In their primordial form, Giles, Giles Fripp, augmented by McDonald and ex-Fairport Convention vocalist Judy Dyble, even recorded an early version of the McDonald-Sinfield song I Talk to the Wind, which later became part of King Crimson's repertory.

Bassist Peter Giles exited the group at about this time, to be replaced by Greg Lake, and Sinfield came aboard just about then. In his own words, "I became their pet hippie, because I could tell them where to go to buy the funny clothes that they saw everyone wearing." Sinfield also came up with the name King Crimson.

Sinfield loved working with the band and, in addition to writing the phantasmagorical lyrics that came to be part of King Crimson's trademark, he also ran the group's light show at their concerts. Apart from writing the lyrics and offering advice on artwork, album design, and other details of the band's releases, Sinfield's musical role in the band was limited for their first two albums. He wasn't a good enough singer to contribute to the band's vocals, and the presence of Robert Fripp made his guitar skills superfluous. It was during the recording of the Lizard album that his influence reached its peak, as Fripp became involved with other projects (most notably the Centipede orchestra), which left Sinfield with much of the responsibility for the final version and design of the album, including the uniquely ornate jacket. Even so, the relationship between Sinfield and Fripp had become increasingly strained as the band progressed. On the group's next album, Islands, Sinfield began exploring new lyrical territory, with more sexual imagery juxtaposed with the languidly surreal title track. On January 1, 1972, however, following a tour of the United States in the wake of the release of the Islands album, Sinfield exited the band and broke up his partnership with Fripp.

Sinfield remained associated with EG Management, which represented King Crimson and Roxy Music, and it was while producing a Roxy Music album that he decided to try his own hand at recording. The resulting album, Still, united numerous former (Greg Lake, Mel Collins, Ian Wallace) and future (John Wetton) Crimson alumni. Sinfield intended Still as the start of a solo career, but while working on it, he was approached by Emerson, Lake Palmer, who needed a lyricist of Sinfield's caliber. Still was originally released on ELP's own Manticore label in 1973, but Sinfield found himself subsumed into Emerson, Lake Palmer. His solo career was still-born, while he worked with the trio (and contributed lyrics to the English language albums of his Manticore labelmates PFM) for the next few years, giving their music more lyrical facility than ever before. He vanished from the popular music scene with the demise of ELP in the late '70s, amid the onslaught of punk rock. 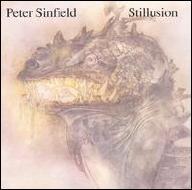 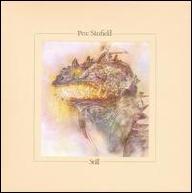 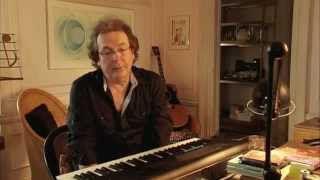 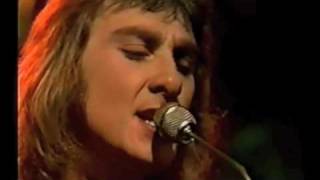 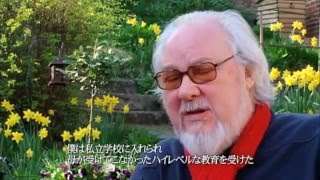 Song to Soul: The Making of ITCOTCK with Peter Sinfield & Ian McDonald 2011 (clip 2) 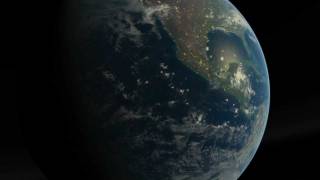 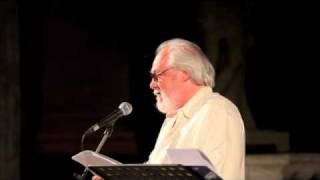 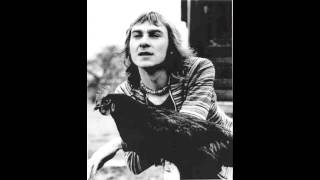 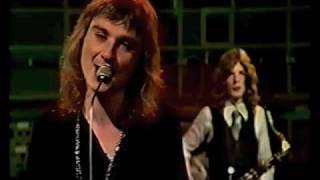