Close
Ron Griffiths
Biography
Ron Griffiths was the odd-man-out when it came to the formation of Badfinger out of the band the Iveys. Born Ronald Llewellyn Griffiths in Swansea, Wales in 1946, he sang as a boy in his school's choir. He reached his teens after rock & roll had secured its hold on British youth culture, amid the ascendancy of groups such as the Shadows, and became an especially big fan of instrumental groups. His admiration for the Shadows' sound, and also for the Ventures', led him to take up the electric bass. By 1963, he'd joined his first band, an instrumental group called the Jaguars. It was while playing with them at a local venue that he was approached by guitarist/singer Pete Ham about joining his group, which was known at the time as the Wild Ones. Griffiths' acceptance and entry into the group also heralded the choice of a new name, the Iveys, suggested by Griffiths from Ivey Place, a street in Swansea, and -- as he recalled for author Dan Matovina in his book -Without You: The Tragic Story of Badfinger -- backed up by the members' admiration for the Hollies and their enjoyment of the song Poison Ivy.

Griffiths played a major role in the group as it rose from promising local act to spots supporting such visiting American talent as Roy Orbison, as well as British-spawned stars like the Moody Blues. He was an above-average singer who could handle ballads but had a great love of '50s rock & roll and hard R&B. When the group took on Bill Collins as manager and, at his behest, started to develop their songwriting, he began composing in these and other rock idioms, including the mod-influenced, freakbeat sounds of the second half of the '60s, embodied in numbers like Tube Train (released in 2003 on RPM's 94 Baker Street compilation). Ultimately, he was a more significant contributor to the group's work than rhythm guitarist David Dai Jenkins, who left in the fall of 1967, although his songwriting did recede as time went on and drummer Mike Gibbins began contributing as a composer. Griffiths did place one song onto the group's debut album, Maybe Tomorrow, the ballad Dear Angie, on which he also sang lead, which was good enough to get picked as a single release in Japan, as a follow-up to their debut 45, Maybe Tomorrow, which had been a major hit there. By that time, however, Griffiths had drifted away from the band on a personal level, owing to his marriage and his having a child to support -- he didn't feel comfortable any longer living the lifestyle that went with being a rock & roll musician, including the casual drug and alcohol indulgence in which he was expected to participate. Additionally, the fact that the group, at that point, hadn't made any money weighed heavily on him. By the summer of 1969, he already seemed to have one foot out the door, ironically, just as the Iveys were in the process of recording Come and Get It, the single that would establish them on the pop charts around the world. He was there for the recording of the single, but contracted a case of chicken pox that precluded his working on more than a small portion of the additional soundtrack songs from the movie #The Magic Christian that followed. By the fall of 1969, Griffiths was officially gone -- rhythm guitarist Tom Evans, who'd played the bass parts on most of the songs cut at the sessions that summer, switched to the instrument permanently and was succeeded on guitar by Joey Molland, while Griffiths withdrew to the less risky surroundings of a factory job in Wales; ironically enough, thanks to the financial chicanery that ultimately destroyed the group and wiped out their earnings, he may well have found more peace and prosperity than those he left behind, even if he missed out on the attendant taste of stardom.

Just as his entry to the group had heralded the change from the Wild Ones to the Iveys, Griffiths' exit portended a change from the Iveys to Badfinger. Even so, with the new name and lineup, he wasn't entirely forgotten or absent, as Dear Angie ended up on the Badfinger official debut album, Magic Christian Music, along with Come and Get It, on which he had played. ~ Bruce Eder & Richie Unterberger, Rovi 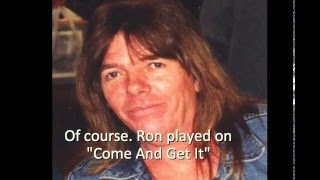 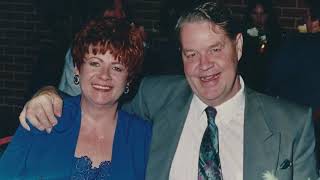 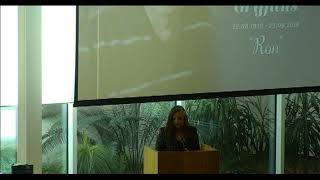 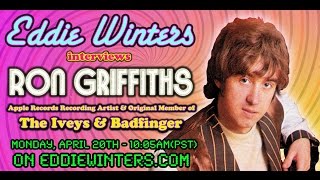 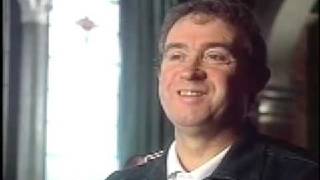 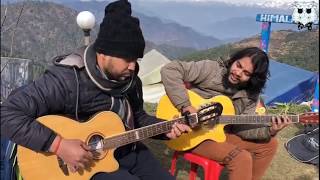