The son of Peter and Emily Isaacs McLaren, McLaren was actually raised by his grandmother, Rose Corre, who gave him home instruction until 1955. Like many who later entered the music business, he was educated in England's art colleges, lots of them. He attended St. Martin's College of Art (1963) and Harrow Art College (1964); was expelled from South East Essex (1965) and Chiswick Polytechnic (1966); and went to Croyden College of Art (1968) and finally Goldsmith's College (1969-1971). Meanwhile, he became especially interested in the obscure French Situationist international movement, which advocated provocative, even absurd actions both as political statement and performance art. The movement was founded in the 1950s and gained its greatest attention during political upheavals in France in 1968 before dissolving. McLaren, who tried unsuccessfully to get to Paris during the May 1968 riots, would apply Situationist ideas to the field of pop promotion. (A good source for information on the Situationists and McLaren's adaptation of their teachings can be found in Greil Marcus' book -Lipstick Traces: A Secret History of the Twentieth Century [1989].)

While attending Goldsmith's, McLaren began designing clothes, and after leaving college without a degree he opened his first London boutique in 1972. He and partner Vivienne Westwood were also employed designing costumes for such films as #Mahler and #That'll Be the Day (both 1974). While in New York at a boutique fair, McLaren met the members of the proto-punk group the New York Dolls, and in late 1974, he took over their management, dressing them in red leather and using the Soviet Union's hammer-and-sickle symbol in their stage set and publicity photographs. The concept was not well suited to America, where Communism remained an anathema, but it had no great impact on the career of the Dolls, who were on their last legs at that point, anyway. McLaren returned to the London clothing business in May 1975 and used what he'd learned with the Dolls in helping to assemble the Sex Pistols.

The extent to which McLaren instigated the Sex Pistols' brief, flamboyant career has been much debated. From their first record release in November 1976 to their breakup in January 1978, they were regularly found on both the record charts and the front pages of Britain's tabloids, renowned by fans for songs like Anarchy in the U.K. and God Save the Queen and condemned by detractors as examples of moral turpitude. In 1979, the documentary film #The Great Rock 'n' Roll Swindle suggested that McLaren had planned it all; he made his recording debut on the soundtrack album singing You Need Hands.

His reputation as a manager established, McLaren began looking for other British talent to handle, briefly settling on the then-unknown Adam Ant before spiriting away Ant's backing band and using it to support a 14-year-old Burmese singer he had discovered, Annabella Lwin, in a band called Bow Wow Wow. McLaren's involvement extended to writing their debut single, C'30, C'60, C'90, Go, a British Top 40 hit in 1980. Go Wild in the Country (lyrics by McLaren) and a remake of the Strangeloves hit I Want Candy hit the British Top Ten in 1982, but the band broke up in 1983, though not before McLaren tried adding a second singer, George O'Dowd, dubbed Lieutenant Lush. (O'Dowd, later known as Boy George, went on to form Culture Club.)

In the meantime, McLaren began making his own records, beginning with the single Buffalo Gals, which combined traditional folk music with hip-hop. Credited to Malcolm McLaren the World's Famous Supreme Team, it became a Top Ten hit in the U.K., paving the way for the late 1982 album Duck Rock, which reached the Top 20 and produced a Top 40 hit in Soweto and a Top Five hit in Double Dutch. Both Buffalo Gals and Double Dutch made the U.S. dance charts in 1983, and in February 1984 the remix mini-LP D'Ya Like Scratchin' gave McLaren his first American album chart entry. McLaren next turned to opera, recording an adaptation of Madame Butterfly that made the British Top 20 in 1984; it introduced his second full-length album, Fans. Released in 1985, Swamp Thing was a contractual obligation collection of outtakes issued while its creator had moved to Hollywood to try to make his mark in the film business. He returned to music in 1989, signing to Epic Records for Waltz Darling, which produced Top 40 U.K. hits in the title track and Something's Jumpin' in Your Shirt. The album featured guest vocalists as well as star instrumentalists Jeff Beck and Bootsy Collins.

Paris, released in Europe in 1994, marked its creator's move to France. In October 1998, a re-recording of Buffalo Gals, Buffalo Gals Stampede, credited to Malcolm McLaren the World Famous Supreme Team Versus Rakim and Roger Sanchez, reached the British charts. During the 2000s McLaren was involved in the film and art world, including as co-producer of the movie adaptation of Eric Schlosser’s book -Fast Food Nation. At the close of the decade he battled cancer, with his condition remaining undisclosed to the world until a deterioration in his condition led him to a clinic in Switzerland, where he died of mesothelioma on April 8, 2010 at the age of 64. His film montage/pastiche #Paris: Capital of the 21st Century had received its U.S. premiere at the Swiss Institute in New York two months previously, on February 15. ~ William Ruhlmann, Rovi 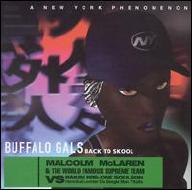 Buffalo Gals Back to Skool
1998 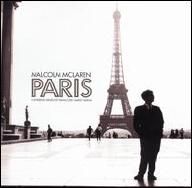 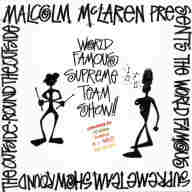 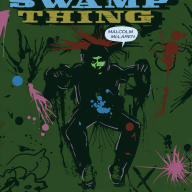 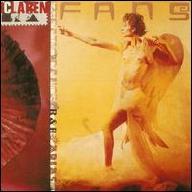 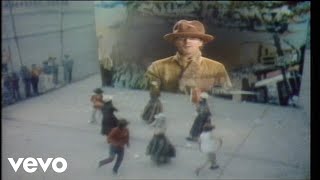 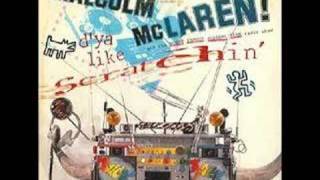 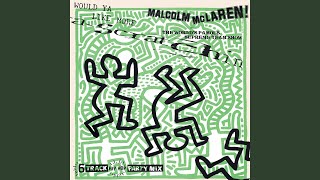 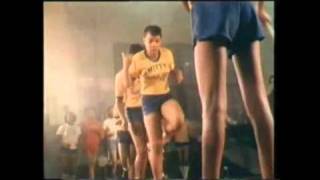 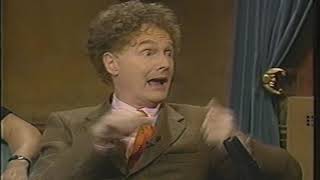 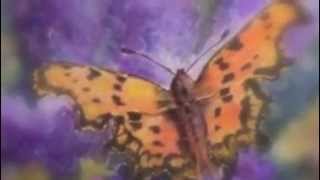 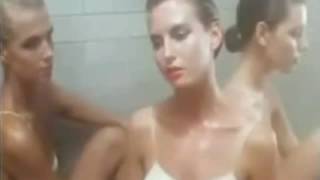