Close
Walter Legge
from Sheppards Bush, England
June 1, 1906 - March 22, 1979 (age 72)
Biography
No one man did more to raise the standard of orchestral playing and recording in the world of classical music than Walter Legge. His ear for talent was as reliable and impressive as his skill at producing recordings, and Legge, through his association with the EMI record group, was responsible for recording some of the most important artists of the middle and late 20th century: Wilhelm Furtwangler, Otto Klemperer, Elisabeth Schwarzkopf, Christa Ludwig, Jacqueline DuPre, and Rudolph Kempe. He also founded one of the top-ranked British orchestras of the post-war era, the Philharmonia. He was as important to the development of modern classical recordings as Art Satherly was to country music and blues, or RCA's Steve Sholes was to country music and rock & roll.

As a boy, Legge was an extraordinarily serious student, and excelled at Latin and French. He had an interest in classical music that coalesced when his father brought him to one of the Sunday afternoon concerts at Royal Albert Hall, and he attended them regularly from that point on, eventually skipping church in order to get in line early. By age 12, he had developed serious critical instincts, so much so that he had to weigh his every purchase of a record before he could take pleasure in hearing it. By his late teens, he was a serious opera listener, and in his twenties, he became an established critic -- by 1933, he was the music critic for the -Manchester Guardian, a position that allowed him to cover not only some of the most important performances of the era but also some of the politics, as he had occasion to attend performances at Bayreuth during the rise of Adolf Hitler. He saw the Ring Cycle conducted by Beecham, Leonide Massine's choreography of Brahms' Symphony No. 4 performed at Covent Garden, and witnessed Stravinsky's laggard compositional record of the mid-'30s.

But Legge's most important musical contribution was as an employee of HMV, the prestigious label that was a key part of the EMI organization. In 1931, Legge successfully proposed a process by which the company would solicit advance orders -- subscriptions, actually -- from individuals and organizations for previously unrecorded pieces of music, and make the recordings only when the threshold for expenses and profits was reached. It was in this way that the recordings of works by Hugo Wolf, not to mention Beecham's landmark recording of Mozart's Magic Flute, were made, at a time when records were expensive, money was tight, and risks were high.

The coming of World War II in England was hard for the recording industry. Not only were raw materials for the making of records in short supply, but any younger personnel were virtually all required for military service. Legge's eyesight kept him out of combat and working for EMI, but he spent much of the war organizing concerts for members of the armed forces.

When the war ended, Legge entered the most fruitful period of his career. From 1945 until 1963, he was the dominant force at EMI in the recording of classical music, and also the most influential producer in England and, possibly, the world. His first task in 1945 was to re-establish links with the German and Austrian artists who had been cut off by the war, and among Legge's more difficult tasks was juggling the relationship between Wilhelm Furtwangler and his young, ambitious rival Herbert Von Karajan. Legge was responsible for bringing Karajan into the studio for his first post-war studio recordings in Vienna, despite the opposition of the occupying authorities. His relationship with Furtwangler was more distant than the one with Karajan, and following the death of the former and the signing of the latter to Deutsche Grammophon, he saw to the signing of Otto Klemperer to EMI. His marriage to singer Elisabeth Schwarzkopf helped create one of the great partnerships in life and art in music of the 20th century -- with few exceptions, the recordings that Schwarzkopf made with Legge supervising were among the finest performances of those particular works that the label ever made.

Legge had revolutionary ideas about recording, in that he wanted to use records to raise the standard of performance, rather than just have the records reflect existing practice. He saw no reason, especially after the advent of magnetic recording tape and long-playing records, that records couldn't be an artistic statement in their own right, rather than mere snapshots of performances. Ironically, for all of that, he was late to appreciate the coming of stereo sound -- not only was he skeptical of the process, but he was concerned that artists might demand higher payments for stereo releases. As a result, there were certain recordings by Elisabeth Schwarzkopf, such as Strauss' Capriccio, done as late as 1958 that only exist in mono.

Apart from Schwarzkopf, Beecham, and Klemperer, other artists who made important recordings for Legge included Victoria de Los Angeles, Sena Jurinac, Vittorio Gui, Jacqueline DuPre, and, most famous of all, Maria Callas. And then there was the Philharmonia Orchestra of London, founded by Legge in 1945. This orchestra came to rival the best of the already established orchestras in London, and it was world renowned by 1960.

By 1963, however, Legge's growing health problems and differences with EMI's management caused Legge to resign his position with the company. His influence beyond that point waned quickly. He never returned to another full-time recording position, although he supervised various recordings and organized live performances right up until 1970. An astonishingly large percentage of the recordings that he produced or supervised remain in print in the late 1990s, however, and are counted among the best sellers in the EMI catalog more than 30 years after their original release. ~ Bruce Eder, Rovi 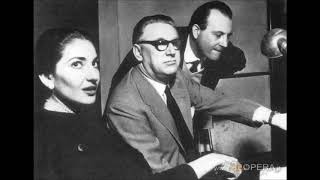 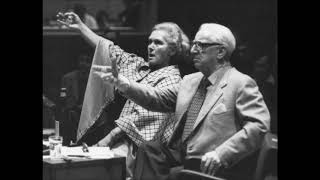 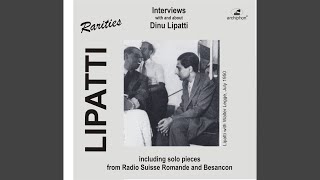 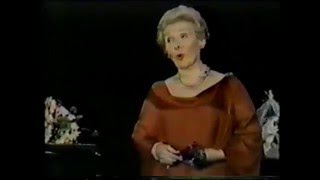 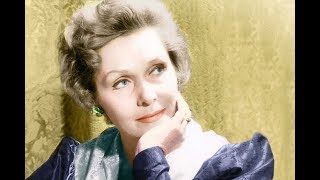 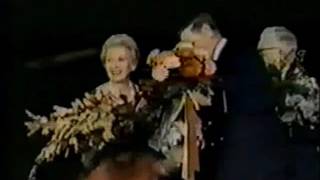 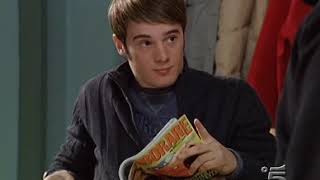