Close
Blue Rodeo
from Toronto, Ontario, Canada
formed January 1, 1984 (age 36)
Biography
Canada's most popular roots-rock band, Blue Rodeo has developed into a veritable institution in their home country. Their sound, a basic blend of country, folk, and rock, also has a definite pop appeal that underlines their devotion to later-period Beatles, in addition to expected touchstones like Gram Parsons, Bob Dylan, and the Band. Consistency has been the hallmark of Blue Rodeo's output, both in terms of sound (which followed much the same blueprint throughout their career) and quality (thanks to the songwriting team of vocalists/guitarists Jim Cuddy and Greg Keelor). That, in turn, has allowed the band considerable longevity, and they earned a whole new audience with the advent of the No Depression movement.

Blue Rodeo was founded in Toronto by its two lead singers, guitarists, and songwriters, Jim Cuddy and Greg Keelor. The two met in high school and had been playing together since 1977, when they started a punk-influenced band called the Hi-Fi's. In 1981, they moved to New York in search of a record deal, and reorganized the band under a new name, Fly to France. Three years of hunting proved fruitless, and the group switched styles several times before Cuddy and Keelor returned to Toronto in 1984. The following year, they assembled a new band with the idea of returning to organic, guitar-based music in an era dominated by synth pop. Christened Blue Rodeo, the initial lineup also featured drummer Cleave Anderson, bassist Bazil Donovan, and keyboardist Bob Wiseman.

Blue Rodeo quickly became a popular live act on the Toronto scene, which was already geared toward the kind of music the band was playing. They caught the attention of John Caton's Risque Disque label, which signed them and worked out a distribution deal with Warner's Canadian division. Their 1987 debut album, Outskirts, was a smash hit in Canada, selling over 200,000 copies (the Canadian equivalent of double platinum) and landing them a slot on tour opening for k.d. lang. The more introspective, socially aware Diamond Mine followed in 1989, and it sold even better, not to mention winning the band its first of many Juno Awards. That same year, they appeared in the Meryl Streep film Postcards from the Edge, but also lost drummer Anderson, who retired from music and was replaced by Mark French. Meanwhile, Wiseman released his first solo album, In Her Dream: Bob Wiseman Sings Wrench Tuttle.

Moving up from the now-defunct Risque Disque to Warner itself, Blue Rodeo made a promotional push in the United States with their third album, 1990's slightly poppier Casino. Produced by Pete Anderson (of Dwight Yoakam fame), the album was a hit with American critics, but not American record buyers; nonetheless, it still went platinum in Canada. Blue Rodeo returned in 1992 with one of their most acclaimed albums, Lost Together; it marked the final appearances of Mark French and Bob Wiseman, the latter of whom had already completed a second solo record and departed for a highly idiosyncratic career on his own. New drummer Glenn Milchem, keyboardist James Gray, and steel guitarist Kim Deschamps were all onboard for 1994's folky, largely acoustic Five Days in July. Recorded at Keelor's rural farmhouse the previous summer, it proved to be one of the band's biggest critical and commercial successes in Canada, introducing a number of fan favorites.

Blue Rodeo's hot streak continued with 1995's Nowhere to Here, a more eclectic record that re-established the group's connection to '60s psychedelia. The follow-up, 1997's Tremolo, was a looser, more jam-oriented record that focused on spontaneity over careful songcraft; perhaps as a result, it received mixed reviews. Meanwhile, Keelor issued his first solo album, Gone, that year, and Cuddy's own debut, All in Time, followed in 1998. Following those side projects, Blue Rodeo issued the double-live collection Just Like a Vacation in 1999, and reconvened in the studio for The Days in Between. By the time it was released in 2000 (again to mixed reviews), Kim Deschamps had parted ways with the band, and was replaced by former Wilco member Bob Egan. Following the release of a Greatest Hits album in 2001, Egan made his debut with 2002's Palace of Gold.

The group returned in 2005 with Are You Ready and again in 2007 with Small Miracles, both for WEA International; during the interim between those releases, James Grey left the group, and Bob Packwood became Blue Rodeo's new keyboard player. Packwood's stay with the band was a short one, and Mike Boguski took over on keys in 2009. In 2010, Blue Rodeo released their first studio double album, The Things We Left Behind, which earned a long-list nomination for that year's Polaris Prize. 2012 saw the group inducted into the Canadian Music Hall of Fame during that year's Juno Awards broadcast. In 2013, former member James Grey succumbed to a heart attack, and as hearing problems began to impact Greg Keelor's on-stage performances, guitarist Colin Cripps joined the lineup to take over Keelor's duties on guitar. That year also brought a new studio album, In Our Nature, and in 2014 the group released their first holiday album, A Merrie Christmas to You. In 2015, as public outcry over the administration of Prime Minister Stephen Harper spread across Canada, Blue Rodeo joined the fray with the single "Stealin' All My Dreams." Blue Rodeo's fourth concert album, Live at Massey Hall, was released in October 2015, drawn from a series of performances staged at the venerable Toronto venue in 2014. ~ Steve Huey, Rovi 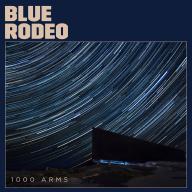 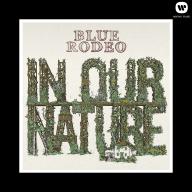 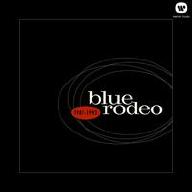 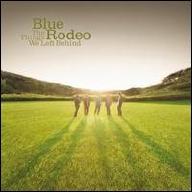 The Things We Left Behind
2009 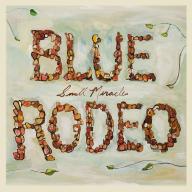 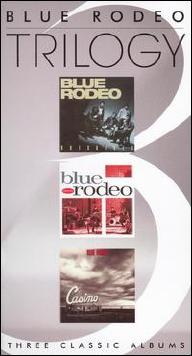 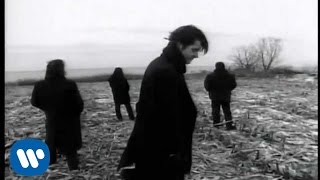 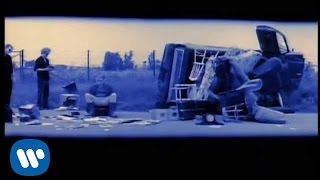 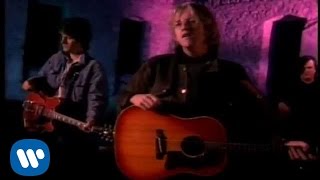 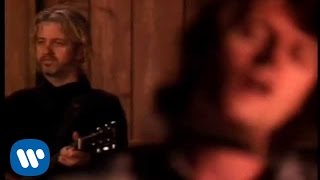 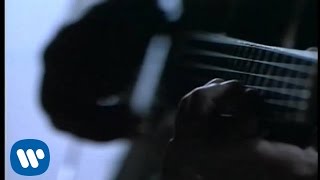 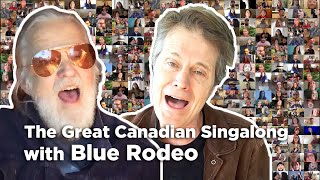 "Lost Together" by Blue Rodeo | The Great Canadian Singalong 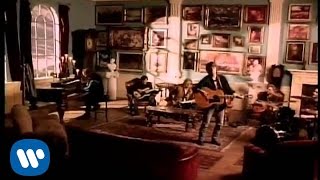 Blue Rodeo - "Rain Down On Me" [Official Video]
Available here: