Close
Joe Henry
from Charlotte, NC
December 2, 1960 (age 60)
Biography
A gifted songwriter and vocalist whose intimate, richly detailed songs have been shaped by his eclectic musical world view encompassing rock, folk, country, soul, and jazz, Joe Henry is also a well-respected producer who has helped a wide range of artists refine their songs in the studio. Henry's songs are deeply personal while also offering a keen insight into the lives of his characters, and he possesses a rich voice that brings the moods and emotions of his songs into clear focus without histrionics. His melodies are uncluttered and elegant, revealing a warm personality that's a welcome constant regardless of the tenor of the music. Henry's early recordings were rooted in contemporary folk and traditional singer/songwriter sounds (such as 1989's Murder of Crows), but he would later introduce alt-country accents into his arrangements (1992's Short Man's Room, cut with members of the Jayhawks). With 1996's Trampoline, Henry began incorporating a more adventurous and atmospheric tone into his work, and 2001's Scar found him adding jazz elements in an ambitious manner (including a cameo from Ornette Coleman). He took a detour back into folk with 2016's Shine a Light: Field Recordings from the Great American Railroad, a collaboration with Billy Bragg, and delivered a spontaneous, deeply felt meditation of life and mortality with 2019's The Gospel According to Water.

Joe Henry was born on December 2, 1960 in Charlotte, North Carolina. He grew up in the Detroit area of Michigan, attended the University of Michigan, and subsequently relocated to New York City in 1985. After his little-heard 1986 debut album, Talk of Heaven, Henry landed a deal with AM Records, which released the 1989 album Murder of Crows, which was produced by Anton Fier and featured Mick Taylor on guitar. In 1990, Henry settled in Los Angeles with his wife and son, and moved away from the rock & roll edges of Murder of Crows to the acoustic moods of Shuffletown, produced by T-Bone Burnett, before moving to Mammoth Records and shifting into the country- and folk-influenced territory of Short Man's Room (1992) and Kindness of the World (1993), a pair of albums on which he was backed by the acclaimed alt-country outfit the Jayhawks. The latter two albums earned him an excellent reputation among fans of alternative rock and country as a superb singer and songwriter. He followed Kindness with the five-song EP Fireman's Wedding a year later.

On 1996's Trampoline, Henry veered in an edgier, more rhythm-oriented direction. While he still employed acoustic instruments and even a pedal-steel guitar on several songs, Trampoline (much of which Henry recorded at a studio he set up in his garage) was more clearly defined by drum loops, loud electric guitars (some played by Page Hamilton of Helmet), mysterious voices, and curious sonic textures. Fuse (mixed with the aid of Daniel Lanois and T-Bone Burnett) followed in 1999, which included contributions from Jakob Dylan and the Dirty Dozen Brass Band. Two years later, Henry returned with the literate and enigmatic stunner Scar, which included sax work from free jazz pioneer Ornette Coleman; the album marked the end of his tenure with Mammoth. He opted for a deal with Epitaph's Anti subsidiary and entered the studio in December 2002 to record his ninth album, Tiny Voices, his most intricate album to date. A second album on Anti, Civilians, followed in 2007, while a third from the label, Blood from Stars, appeared at the end of the summer in 2009.

Since 2000, Henry has been producing sessions for other artists, including Aimee Mann, Solomon Burke, John Doe, and Bettye LaVette, and after Blood from Stars, Henry was wildly busy as a producer for the next two years, helming projects from Allen Toussaint, Salif Keita, Carolina Chocolate Drops, Ramblin' Jack Elliott, Mose Allison, Hugh Laurie, Over the Rhine, Lisa Hannigan, and Meshell Ndegeocello, as well as participating in sessions for others. He finally got around to recording again in 2011, with an eclectic collection of acoustic performances entitled Reverie, which was released on Anti in October of 2011; another set of striking low-key songs, Invisible Hour, followed in 2014, released on the Work Song label. In the spring of 2016, Henry teamed up with British songwriter and activist Billy Bragg to make an album of folk songs inspired by the legacy of the American railroad system. Recorded with a portable recording rig while Henry and Bragg rode an Amtrak line from Chicago to Los Angeles, Shine a Light: Field Recordings from the Great American Railroad was released in September 2016, and followed by a joint concert tour. Henry's next project was 2017's Thrum, an album the songwriter described as being influenced by several of his favorite poets -- among them Rainer Maria Rilke, Walt Whitman, Arthur Rimbaud, and Rumi -- as well as his reactions to the election of Donald Trump. In November 2018, Henry was diagnosed with prostate cancer; as he underwent treatment, he wrote songs as a means of personal therapy, and 13 of the tunes he created became the basis of the spare and evocative The Gospel According to Water, released in November 2019. ~ Kurt Wolff, Rovi 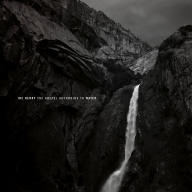 The Gospel According to Water
2019 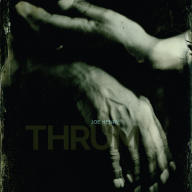 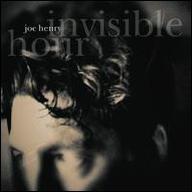 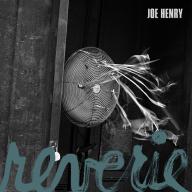 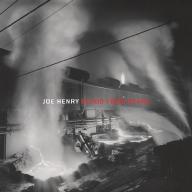 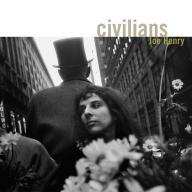 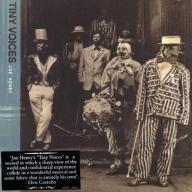 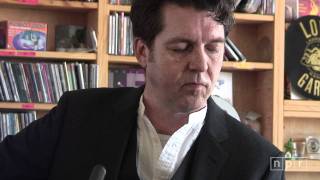 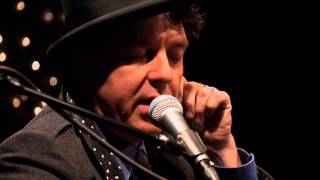 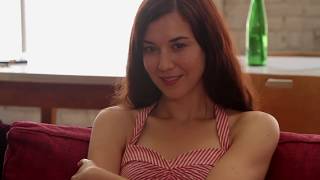 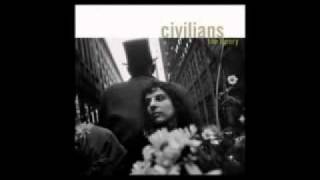 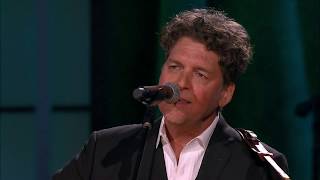 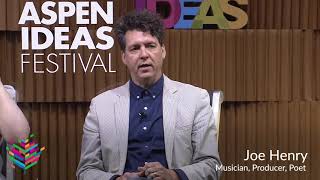 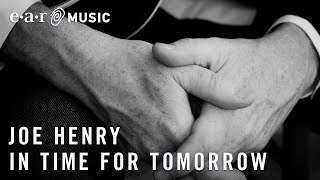 Joe Henry "In Time For Tomorrow" - Album "The Gospel According To Water" out November 15th
Available here: