Close
Pinetop Perkins
from Belzoni, MS
July 7, 1913 - March 21, 2011 (age 97)
Biography
He admittedly wasn't the originator of the seminal piano piece Pinetop's Boogie Woogie, but it's a safe bet that more people associate it nowadays with Pinetop Perkins than with the man who devised it in the first place, Clarence Pinetop Smith. Although it seems as though he was around Chicago forever, the Mississippi native actually got a relatively late start on his path to Windy City immortality. It was only when Muddy Waters took him on to replace Otis Spann in 1969 that Perkins' rolling mastery of the ivories began to assume outsized proportions.

Perkins began his blues existence primarily as a guitarist, but a mid-'40s encounter with an outraged chorus girl toting a knife at a Helena, Arkansas nightspot left him with severed tendons in his left arm. That dashed his guitar aspirations, but Joe Willie Perkins came back strong from the injury, concentrating solely on piano from that point on. Perkins had traveled to Helena with Robert Nighthawk in 1943, playing with the elegant slide guitarist on Nighthawk's KFFA radio program. Perkins soon switched over to rival Sonny Boy Williamson's beloved King Biscuit Time radio show in Helena, where he remained for an extended period. Perkins accompanied Nighthawk on a 1950 session for the Chess brothers that produced Jackson Town Gal, but Chicago couldn't hold him at the time.

Nighthawk disciple Earl Hooker recruited Perkins during the early '50s. They hit the road, pausing at Sam Phillips' studios in Memphis long enough for Perkins to wax his first version of Pinetop's Boogie Woogie in 1953. He settled in downstate Illinois for a spell, then relocated to Chicago. Music gradually was relegated to the back burner until Hooker coaxed him into working on an LP for Arhoolie in 1968. When Spann split from Muddy Waters, the stage was set for Pinetop Perkins' re-emergence.

After more than a decade with the Man, Perkins and his bandmates left en masse to form the Legendary Blues Band. Their early Rounder albums (Life of Ease, Red Hot 'n' Blue) prominently spotlighted Perkins' rippling 88s and rich vocals. He had previously waxed an album for the French Black Blue logo in 1976 and four fine cuts for Alligator's Living Chicago Blues anthologies in 1978. Finally, in 1988, he cut his first domestic album for Blind Pig, After Hours. After that, Pinetop Perkins made up for precious lost time in the studio. Discs for Antone's, Omega (Portrait of a Delta Bluesman, a solo outing that includes fascinating interview segments), Deluge, Earwig, and several other firms ensured that his boogie legacy wouldn't be forgotten in the decades to come. In 2010 he collaborated with harmonica whiz Willie Big Eyes Smith for the album Joined at the Hip, which won a Grammy for Best Traditional Blues Album, giving Perkins the status of oldest Grammy winner ever. On March 21, 2011, just over a month after the award ceremony, the legendary bluesman died from a heart attack at his home in Austin, Texas. Pinetop Perkins was 97 years old. ~ Bill Dahl, Rovi 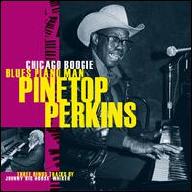 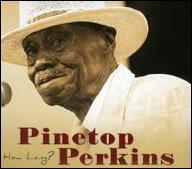 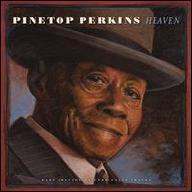 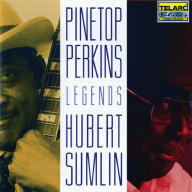 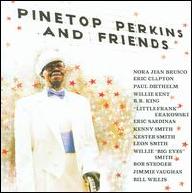 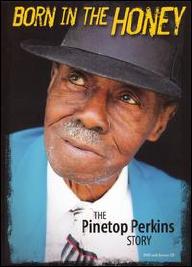 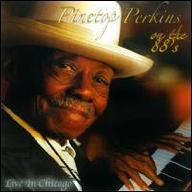 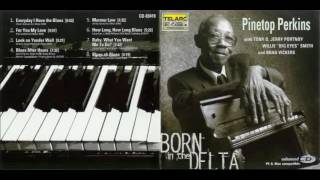 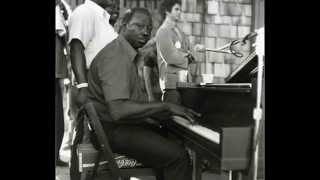 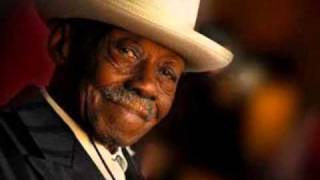 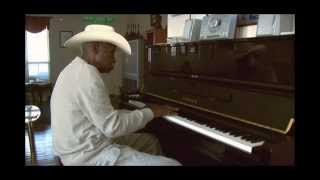 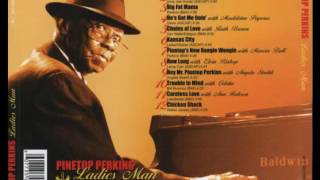 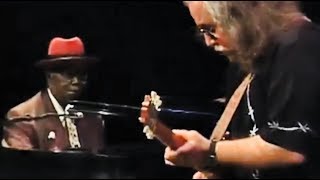 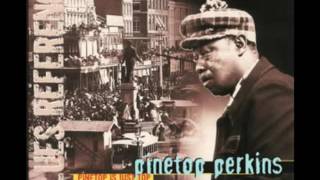