Close
Crystal Gayle
from Paintsville, KY
January 9, 1951 (age 69)
Biography
One of the most popular and widely recognized female country singers of her era, Crystal Gayle supported her trademark, nearly floor-length hair with a supple voice, a flair for ballads, and a crossover-friendly country-pop style that netted her the occasional mainstream hit. Gayle was born Brenda Gail Webb in Paintsville, Kentucky, in 1951; her older sister was future superstar Loretta Lynn, though Lynn had already left home by the time Brenda was born. The family moved to Wabash, Indiana when Brenda was four, and she started singing along with country and pop songs on the radio at a young age. Inspired in part by Lynn's success, Brenda learned guitar and started performing folk songs in high school, also singing backing vocals in her brother's band. Lynn encouraged her younger sister and started bringing her out on tour for a few weeks each summer. Lynn's label, Decca, signed the young singer as soon as she was done with high school, but suggested a name change so as to avoid confusion with labelmate Brenda Lee. Lynn suggested the name Crystal, inspired by the Krystal hamburger chain, and Brenda adopted her middle name to come up with Crystal Gayle.

Gayle's debut single was 1970's "I've Cried (The Blues Right Out of My Eyes)"; done in a style very similar to Lynn's, it reached the country Top 40. Far from encouraging Gayle to develop her own style, Decca pushed for more "little Loretta" records, and Lynn actually wrote some of her early singles. Unfortunately, this approach failed to establish Gayle in her own right, even with regular appearances on Jim Ed Brown's television show The Country Place. Frustrated, she parted ways with Decca and signed with United Artists in 1974, where she was teamed with producer Allen Reynolds. Reynolds offered Gayle the creative freedom she wanted, and she began to experiment with her style and phrasing en route to her own distinctive approach. Her first-ever album, titled simply Crystal Gayle, was released in 1974, and the following year she landed her first Top Ten country hit, "Wrong Road Again." In 1976, "I'll Get Over You" became the first of her 17 number one country singles. Reynolds, feeling that Gayle was poised for a larger breakthrough, encouraged her to record the jazz-flavored pop ballad "Don't It Make My Brown Eyes Blue," which he felt sure had crossover potential. He was right -- not only did the song hit number one on the country charts in 1977, it also climbed to number two on the pop side, garnered substantial international airplay, and won Gayle a Grammy for Best Female Country Vocal. Plus, the accompanying album, We Must Believe in Magic, became the first by a female country artist ever to go platinum.

Now a bona fide star, Gayle followed her breakthrough success with a string of hits that lasted for approximately the next decade. Before the '70s closed, she scored several more number one country hits: "You Never Miss a Real Good Thing ('Til He Says Goodbye)" (1977), "Ready for the Times to Get Better" (1978), "Talking in Your Sleep" (1978; also a pop Top 20 hit), and "Why Have You Left the One You Left Me For" (1979); plus, 1979's "Half the Way," her first single for new label Columbia, was a number two country hit and also reached the pop Top 20. She kept on scoring as the '80s dawned; 1980 brought two chart-toppers in "If You Ever Change Your Mind" and "It's Like We Never Said Goodbye," 1981 another in "Too Many Lovers," and 1982 her first number one duet, "You and I," which was recorded with Eddie Rabbitt and became her second Top Ten pop hit (it also inaugurated her tenure with Elektra/Warner). Gayle hit number one three times in 1983 ("Baby, What About You," Rodney Crowell's "Til I Gain Control Again," "Our Love Is on the Faultline") and twice more in 1984 ("The Sound of Goodbye," "Turning Away"), and began to cross over to the adult contemporary charts with regularity as well.

Gayle's last country number ones came in 1986 with "Cry" and the smooth Gary Morris duet "Makin' Up for Lost Time," after which she -- rather abruptly -- all but disappeared from the charts. She did continue to record, reuniting with Allen Reynolds for the 1990 Capitol set Ain't Gonna Worry and cut specialty projects for smaller labels thereafter. She recorded two gospel albums during the '90s, Someday and He Is Beautiful, and in 1999 completed a tribute project, Crystal Gayle Sings the Heart Soul of Hoagy Carmichael. In the meantime, she ran a shop in Nashville devoted to fine jewelry and (naturally) crystal. Gayle opened the new millennium with 2000's In My Arms, an album of children's songs. All My Tomorrows, a collection of Great American Songbook standards, followed in 2003 before Gayle went on an extended hiatus from recording.

During the 2000s and 2010s, Gayle continued to perform with regularity and she earned a number of honors. Chief among these was her entrance to the Grand Ole Opry in 2017. This was the start of a return to the spotlight which culminated with the 2019 release of You Don't Know Me, an album of country covers. ~ Steve Huey, Rovi 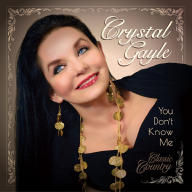 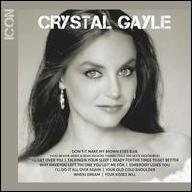 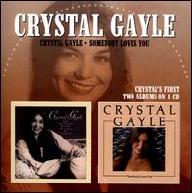 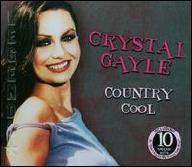 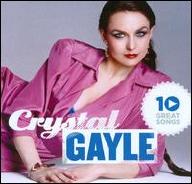 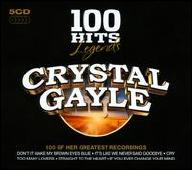 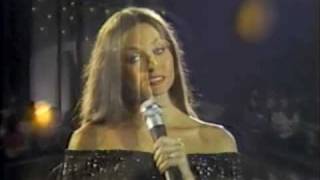 Crystal Gayle - Talking In Your Sleep (with lyrics) 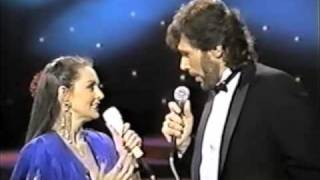 Crystal Gayle - Eddie Rabbitt - duet - you and I 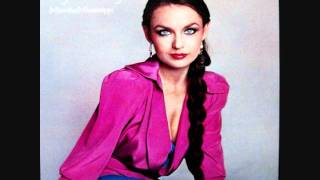 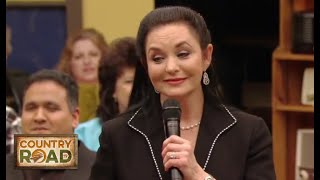 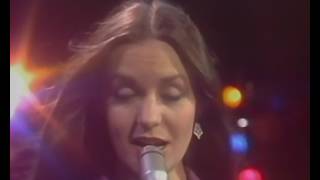 Crystal Gayle Half The Way