Close
Rita Moreno
from Humacao, Puerto Rico
December 11, 1931 (age 89)
Biography
A Broadway singer and actress, Rita Moreno was frequently cast in the Latin girl roles, striving to become an important actress like her idol, Lana Turner. Although she had a number of obstacles to overcome being from Puerto Rico, she became a star in Hollywood, on Broadway, in films, and on television.

Born Rosa Dolores Alverio in Puerto Rico, Rita Moreno was born into a poor family. Her mother fled to the United States looking for work after the United States declared war on Cuba and took over Puerto Rico. Moreno joined her mother in New York and never saw her father or younger brother again. Her time in New York as a young child was rough on Moreno. At first she was unable to speak English and found it very difficult to get along with the other children. She became shy and reserved. Despite her shyness, Moreno was ready to perform the Mexican hat dance at every assembly or talent show. Moreno's mother enrolled her in dance classes where she met her mentor, Paco Cansino. She was seven when she performed her first dance recital.

Moreno made her professional debut on Broadway at the age of 13. She played Angelina in Skydrift. She performed in nightclubs during her teen years, dubbing herself as the "Latin Spitfire." At the age of 19 she made her first Hollywood film, So Young So Bad. After being cast in many ethnic Latin roles, including an Indian maiden in Jivaro, Moreno's hopes of being a Hollywood star were deflated.

In 1955 Moreno decided to leave MGM and singed a contract with Fox in hopes that the roles would be different. Her first film, Untamed, saw her playing a hot-blooded, hot-tempered Latin sex kitten. In her next role in Seven Cities of Gold, she was cast as a poor barefoot Native American woman. Things began to change for Moreno when she was cast as Tuptim, the Asian princess in The King and I. In 1957 Fox let Moreno's contract lapse and discouraged her from acting.

Finally in 1961 Moreno returned to the stage. She played Anita in West Side Story. She won an Oscar for Best Supporting Actress in the film one year later. Under the direction of Hal Prince she went to London and performed in She Loves Me. Because the discrimination Moreno experienced, she and Prince left London for New York, where she played in The Sign in Sidney Brustein's Window.

Her personal and professional life took a turn for the better in the '60s. In 1965 she married Lenny Gordon, a doctor who eventually became her manager. The two had one daughter. She received the Joseph Jefferson Award in 1968 for her role in The Rose Tattoo. During the '70s she was being cast in all sorts of roles instead of just stereotypical roles. She starred in Carnal Knowledge, The Last of the Red Hot Lovers, The Ritz, and Anatomy of Seduction. Although her film career had changed dramatically, she found that she also enjoyed television. In 1971 she was given a part on the children's show The Electric Company. This was one of her most rewarding parts as she felt she was giving back to the community. In 1972 she won a Grammy for the soundtrack The Electric Company. Her television career boomed as she won a Tony Award for The Ritz, an Emmy for her performance on The Muppets, and an Emmy again for The Rockford Files. One of Moreno's greatest accomplishments is being listed in the Guinness Book of World Records as being the only actress to win all four entertainment awards.

Her solo recording career didn't kick off until 2000, when she released a self-titled album comprising pop and jazz standards and show tunes. She followed it up in 2015 with a Spanish-language LP titled Una Vez Más.

Despite many obstacles, Moreno made herself into an astounding singer and actress, continuing to perform on stage, in film, and on television well into the 21st century, and frequently contributing to the arts and Hispanic communities. With more than 25 films and ten Broadway shows, Rita Moreno has overcome any obstacles that stood in her way. ~ Kim Summers, Rovi 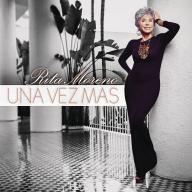 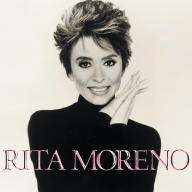 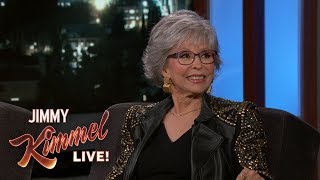 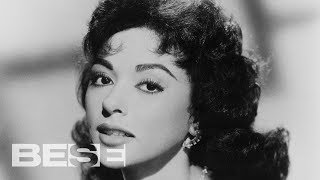 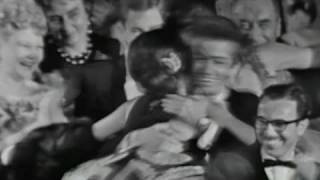 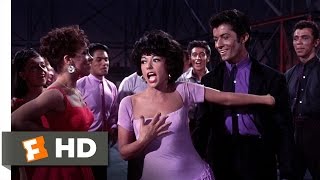 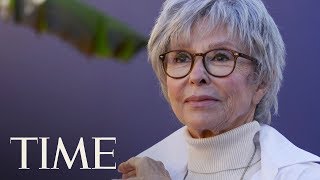 Rita Moreno Opens Up About Being The First Latina Woman To Win An Emmy, Grammy, Oscar & Tony | TIME 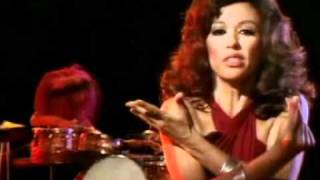