Close
Nicolette Larson
from Helena, MT
July 17, 1952 - December 16, 1997 (age 45)
Biography
After working as a backup vocalist for several country-rock acts and serving as a member of Commander Cody's Lost Planet Airmen for several years during the mid-'70s, vocalist Nicolette Larson launched a solo career in the late '70s. Initially, Larson followed the sound of laid-back Californian country-rock, which resulted in a Top Ten pop hit in 1979 with Lotta Love. In the years following the success of Lotta Love, Larson continued to mine the soft rock California sound, eventually leaving it behind for country music in the mid-'80s. During the course of the '80s, she racked up a number of country hits before moving into semi-retirement.

Born in Montana, Nicolette Larson and her family eventually settled in Kansas City. Following her high-school graduation, she moved out to San Francisco, where she began working on the Golden Gate Country/Bluegrass Festival. While she was working the festival, she met a number of musicians, who were all impressed by her voice and encouraged her to pursue a professional musical career. Larson followed their advice, joining David Nichtern and the Nocturnes, playing clubs around the Bay Area. Eventually, she came to the attention of Commander Cody the Lost Planet Airmen, who invited her to sing on their 1975 album, Tales From the Ozone. Following its release, Larson toured with the band, and over the next three years, she sang on two of the group's albums -- Rock 'n' Roll Again and Flying Dreams -- in addition to touring with the band.

Around the same time as she began singing with Commander Cody, Larson moved to Los Angeles, where she began singing as a studio musician. Over the next four years, she appeared on numerous albums by country and rock musicians, including records by Neil Young, Linda Ronstadt, Hoyt Axton, Guy Clark, Jesse Winchester, Emmylou Harris, Jesse Colin Young, John Stewart, the Doobie Brothers, Rodney Crowell, and Graham Nash. In 1978, she signed a record contract with Warner Brothers, releasing her first single, a cover of Young's Lotta Love, at the end of the year. Lotta Love became a huge hit, reaching number eight on the pop charts, helping to send her debut album, Nicolette, into gold status. Though Nicolette and Lotta Love were hits right out of the box, she wasn't able to replicate her success, as Rhumba Girl stalled at number 47, which also happened to be the peak chart position of her second album, In the Nick of Time. The album did spawn a hit with the Top 40 Let Me Go, Love, a duet with Michael McDonald, but her third album, Radioland (1980), was largely ignored.

Following one other attempt at pop success with 1982's All Dressed Up No Place to Go and the single I Only Want to Be With You, Larson retreated from the mainstream and starred in the country musical +Pump Boys and Dinettes. Larson received positive reviews for her performance, which led to a record contract with MCA in 1983. On the basis of her performance, the Academy of Country Music named her the Best New Female Vocalist in 1984, even though she had yet to have any country hits. Larson finally released a country album in 1985 with ...Say When, but the record didn't live up to its hype. Though it was critically acclaimed, the album was far from a commercial success, with only one single, Only Love Will Make It Right, reaching the Top 50, yet the record was strong enough for Cash Box to name Larson the Best New Female Vocalist of the year.

Larson finally broke into the country charts in 1986 when That's How You Know When Love's Right, a duet with Steve Wariner, climbed into the Top Ten and stayed in the charts for five months. That's How You Know When Love's Right was drawn from Rose of My Heart, which performed respectably. However, Larson didn't choose to follow the album up with another country record. In 1987, she recorded an album, Shadows of Love, in Italy, and in the next year, she began pursuing an acting career. In 1988, she appeared on #Family Reunion, a black gospel television show and the Arnold Schwarzenegger/Danny DeVito comedy #Twins, as well as the television series #Throb. During the early '90s, she began touring with singers Valerie Carter and Lauren Wood, and the trio went on a USO tour. In 1994, she released a children's album titled Sleep Baby Sleep. Larson died on December 16, 1997. ~ Stephen Thomas Erlewine, Rovi 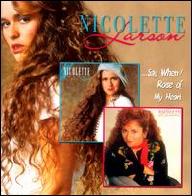 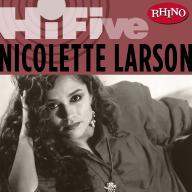 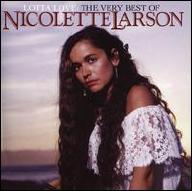 The Very Best of Nicolette Larson
1999 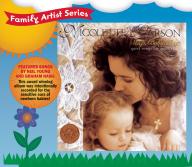 Rose of My Heart
1986
Videos
Close 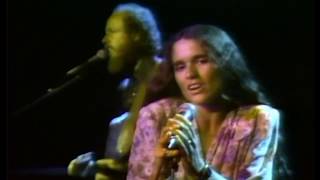 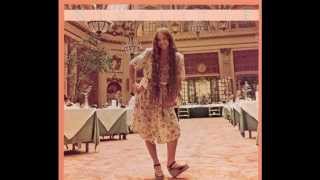 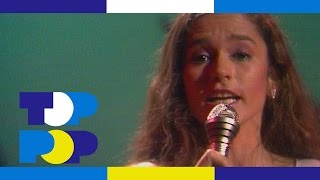 Nicolette Larson - I Only Want To Be With You • TopPop 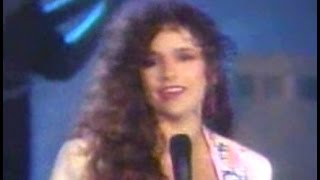 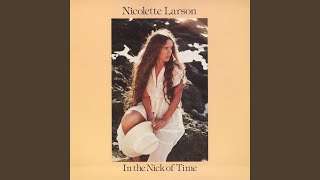 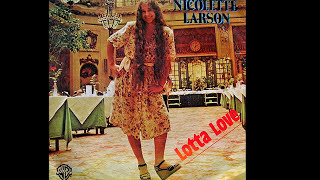 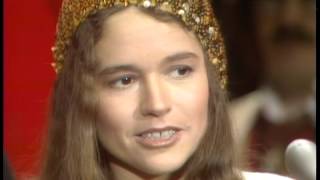