Close
Zack de la Rocha
from Long Beach, CA
January 12, 1970 (age 51)
Biography
Zack de la Rocha is one of the biggest and most well-respected names in alternative music, known equally for his militant political activism and passionate vocal delivery. In the '90s he rose to fame as frontman for Rage Against the Machine, and used that pedestal as a catalyst to further his left-wing political beliefs. To understand the motives for de la Rocha's vocal stylings, one must first trace back his philosophical roots. His story begins in Irvine, CA, during the '70s and '90s, with de la Rocha growing up as a Hispanic youth in one of the most ethnically white areas of California. His mother was an anthropology Ph.D. and his father, Belo de la Rocha, was a well-known muralist, famous for his paintings of Zapatista farmers. His parents separated at an early age and Zack split his time between his two parents. When Zack was 13 years old, his father had a nervous breakdown and subjected his son to extreme religious asceticism. Soon, he could no longer cope with his father's fanaticism and chose to move in with his mother full-time.

Within a few years, de la Rocha began to express his feelings of anger and isolation by listening to hardcore punk music, including Minor Threat, Black Flag, and Bad Religion. Before long, he had joined his first high-school band, Hardstance, where he contributed both guitars and vocals. This band later evolved into Inside Out, which would eventually release one album on Revelation Records in 1991. As he grew older, he strayed away from his rock influences and became increasingly affected by a stream of hip-hop artists, such as KRS-One and Run-D.M.C. This is about the time when he bumped into Tom Morello, a Harvard-educated political science major and kindred soul in socialist thought. The two clicked musically and intellectually and started a band together, which de la Rocha dubbed Rage Against the Machine. With a backdrop of heavy metal riffs and Morello's clever distortion techniques, de la Rocha's hip-hop-tinged vocals singed with unparalleled intensity. It wasn't long before the two were on the main stage at Lollapalooza II and became one of the most politically volatile bands ever to receive extensive radio and MTV airtime.

Soon, de la Rocha became one of the most visible champions of liberal causes around the world. The band's first video, Freedom, was a mini-documentary about the plight of Leonard Peltier, a Native American convicted of killing two FBI agents. De la Rocha also became a prominent spokesman for the Free Mumia Abu-Jamal movement and picked up his father's cause in support of Zapatista rebels in Mexico. De la Rocha's activism took him as far as the floor of the U.N., where he testified against the United States in their treatment of Abu-Jamal. The band's music and message were so closely intertwined that de la Rocha did not consider his albums successes unless they resulted in tangible political change. Their second and third albums both peaked at number one, but the political windfall was not what he had hoped for. Increasingly restless, he embarked upon collaborative projects with KRS-One and Chuck D. By the end of 2000, de la Rocha announced that he was leaving the band.

In 2001, de la Rocha was recording, on separate occasions, with Roots drummer ?uestlove and former Company Flow frontman El-P, as well as with producers DJ Shadow, Dan the Automator, Roni Size, and DJ Premier. Rumors of a potential release date circulated, but the project was ultimately scrapped. Soon after, de la Rocha took on another endeavor with Nine Inch Nails mastermind Trent Reznor, but of the 20 songs that the duo recorded, only We Want It All saw the light of day, on the 2004 compilation Songs and Artists That Inspired Fahrenheit 9/11. Aside from making some appearances at political rallies and guesting on other artists' albums -- including Blazing Arrow by Blackalicious and In the Mode by Roni Size Reprazent -- de la Rocha remained relatively quiet as a solo artist until 2008, when he teamed up with onetime Mars Volta drummer Jon Theodore to form One Day as a Lion. ~ Kieran McCarthy, Rovi 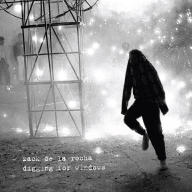 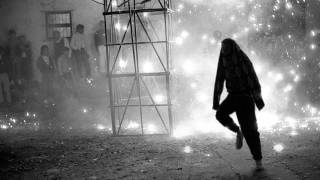 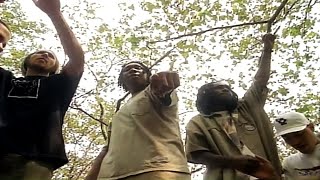 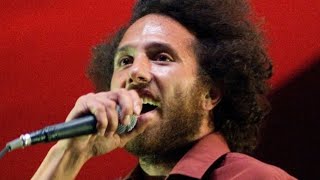 The Tragic Real-Life Story Of Rage Against The Machine 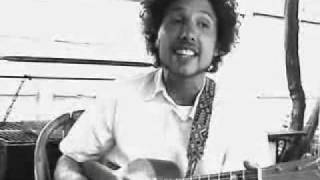 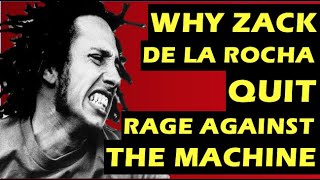 Rage Against The Machine: Why The Band Broke Up & Zack De La Rocha Quit 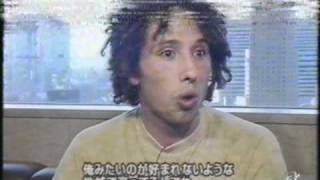 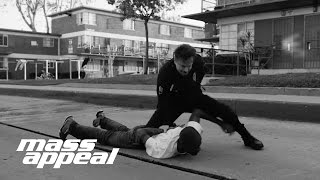