Close
Jerry Lordan
from London, England
April 30, 1934 - July 24, 1995 (age 61)
Biography
Jerry Lordan, born Jeremiah Patrick Lordan in Paddington, London, was among the first wave of successful rock & roll songwriters to emerge in England. He was self-taught on the guitar and piano as a boy, and later attended Finchley Catholic High School before entering National Service as a radar operator in the Royal Air Force during the early 1950s. Lordan tried a number of jobs on returning to civilian life, including work as a comedian and singer, and also tried his hand in advertising. It was through his work in the latter field that he was able to get a song demo heard by a producer, who liked A House, A Car and a Wedding Ring sufficiently well to get it placed with singer Mike Preston, who cut it for Decca. The record wasn't a hit, but the song was later recorded by Dale Hawkins on the Chess Records rock & roll imprint Checker Records -- the very fact of an American recording was a boost to Lordan's fledgling career. And he later found success with I've Waited So Long, which was recorded by Anthony Newley, whose rendition reached number three in England in the spring of 1959. A couple of Lordan's songs also ended up in the Newley-starring film #Idol on Parade, made that same year. Lordan was signed as a singer to Parlophone and charted three singles in 1960, of which the most successful was Who Could Be Bluer?.

But his big breakthrough, just around that same time, was as a songwriter with the instrumental Apache. The piece was originally recorded by Bert Weedon, but his version wasn't released immediately, and meanwhile Lordan was on tour with the Shadows, the rock & roll quartet then best known as Cliff Richard's backing group. Lordan hadn't cared for what Weedon had done with the piece, in any case, and he presented the instrumental to Shadows bassist Jet Harris, playing it on a ukulele, no less. That got the band -- who were still looking for their first hit without Richard -- interested, and they recorded it. Released in July of 1960, their version of Apache hit number one in August and rode that spot for five weeks. And that success led to a subsequent recording by Danish guitarist Jorgen Ingmann, who took it to number two in the Billboard Hot 100 in the United States; Ingmann's version is the one best known in America, whereas the Shadows' version is a fixture in oldies collections in England. Lordan was now a successful composer on both sides of the Atlantic, and the Shadows' single was voted Top Record of 1960 in the New Musical Express Readers' Poll. There was no looking back after that, as Lordan abandoned his performing career to pursue composing full-time. He got the Shadows another U.K. number one hit with Wonderful Land, and a number two hit with Atlantis, as well as a vocal hit single in 1965 The Next Time I See Mary Ann, and then earned another chart-topper with Diamonds, recorded by ex-Shadows Jet Harris and Tony Meehan in 1963; they also got to number two with Lordan's Scarlett O'Hara. By that time, his work was also in the repertory of the American instrumental band the Ventures, as well. Lordan's other successes included hits by Cliff Richard (A Girl Like You) and Louise Cordet (I'm Just a Baby).

The 1960s were Lordan's decade, and when they were over, so was most of his success. The hits stopped coming, and an attempt at acting, in the Harrison Marks-directed sex comedy #Come Play with Me came to naught. Indeed, apart from reissues of his '60s hits, his most visible moment in the 1970s was a seemingly homage to Apache contained in the Emerson, Lake Palmer song From the Beginning. His later songwriting efforts amounted to little, though his older work was still recorded, across the 1970s and beyond, by the likes of Link Wray, the Edgar Broughton Band, Hot Butter, Cilla Black, and the Incredible Bongo Band. In 1995, Lordan succumbed to acute renal failure at the age of 61. ~ Bruce Eder, Rovi 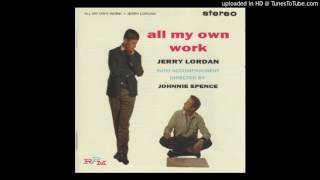 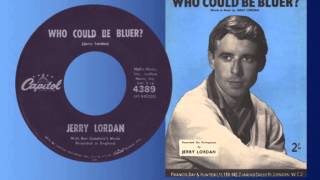 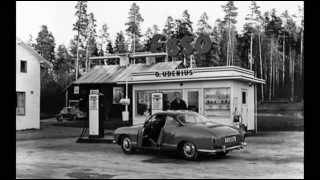 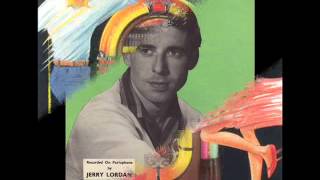 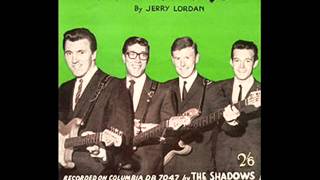 Jerry Lordan The Old Man And The Sea.wmv 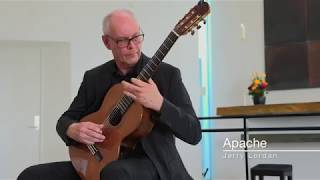 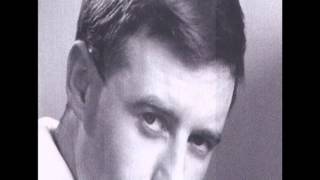