Close
Chris Dreja
from Subiton, London, England
November 11, 1945 (age 75)
Biography
Chris Dreja might be the least well-known of the Yardbirds, as he wasn't one of their lead guitarists, lead singers, or more prominent songwriters. There were no unimportant members of the Yardbirds, however, and as rhythm guitarist, Dreja did his share to propel their intense fusion of blues, rock, and experimental psychedelia in the mid-'60s. Additionally, Dreja, along with early bandmember Anthony Top Topham, played as essential role in the band ever getting together in the form in which it's known today. He was born in Surbiton, west of London, in 1945, and was raised in nearby Kingston. He reached his teens amid the first full flowering of the rock & roll boom in England. He liked rock & roll and he also enjoyed blues and R&B, but that might not have come to much if it hadn't been for his brother Stefan -- Stefan Dreja chanced to be attending the same pre-college art program as another student (and aspiring guitarist) named Top Topham, who liked the blues. It was Stefan Dreja who introduced Topham to Chris Dreja, and the two became friends almost immediately.

Dreja actually played piano in those days, and the two would play together at Topham's house, joined by another classmate, guitarist Dave Holt; all three were turned on to the music of Jimmy Reed at the time, and it was Holt -- who was a better player than either of them, but also a good teacher -- who helped Dreja make the switch to the guitar. Eventually Topham and Dreja fell into the orbit of local folk/blues guitarist Gerry Lochran -- according to Greg Russo in his book The Yardbirds: The Ultimate Rave-Up, it was from their idolization of Lochran that the two switched from acoustic to electric guitars, and also first played electric guitars in public, in a performance on a local stage with Duster Bennett and a young Jimmy Page. And eventually Dreja and Topham became the core of an outfit called Metropolis Blues Quartet (some sources say the Metropolitan Blues Quartet), which across the course of a year added members Keith Relf, Jim McCarty, and Paul Samwell-Smith, and metamorphosed into the Yardbirds. Topham, who at 15 was a good student with a lot to lose -- at least, in the eyes of his parents -- left when the band turned professional; but Dreja, an indifferent student who didn't feel he had much of a future in classrooms, stayed on and ended up playing rhythm guitar behind Eric Clapton and later Jeff Beck.

Luckily for Dreja's legacy and recognition, the role of the rhythm guitar in most British Invasion-era rock was fairly prominent. Even in the face of Clapton's intense playing and Beck's flashy lead lines and solos, the Yardbirds' rhythm section stood out, whether on concert recordings such as Five Live Yardbirds or on the brace of studio-generated singles from their first year. Smokestack Lightnin' from the live album has several extended moments that constitute a great showcase for Dreja's playing, as does the single I Wish You Would (though even better is the extended version that surfaced in the early '70s), and he's heard to great advantage on the shimmering Samwell-Smith/McCarty original Still I'm Sad. He also received an unexpected (and unintended) moment in the spotlight on the original U.S. stereo release of the Yardbirds album Over Under Sideways Down. Possibly as a result of the way the album was recorded, with lead guitarist Jeff Beck coming in to lay down his lead guitar parts separate from the rest of the group, or mixed -- with EMI staff engineers struggling to meet deadlines and spending far more time on the mono version than the stereo mixes -- the lead guitar parts were left off of two of the songs on the Epic Records stereo LP releases of the album, Hot House of Omagarashid and Lost Woman, thus giving Dreja's instrument a rare moment at center stage.

When original bassist Paul Samwell-Smith quit in mid-1966, he was initially replaced by Jimmy Page. It was soon realized that this wasn't entirely logical, as Page had long established himself as an excellent lead guitarist, so he joined Beck in sharing the lead guitar parts, and Dreja switched from rhythm to the bass. Dreja remained on bass when Beck left shortly afterward and reduced the Yardbirds to a quartet and stayed on bass until the band broke up in 1968. His playing on some of the studio cuts is of this era is a bit difficult to assess, as their recordings were frequently rushed and have an unfinished (or, at least, not quite realized) feel, especially when compared to their earlier releases; but the live recordings of this era show Dreja to be a fine bassist, if not quite in Samwell-Smith's league. Dreja appears as one of the songwriters on numerous Yardbirds group compositions (particularly on the 1966 Roger the Engineer album), though it seems that Keith Relf, Jim McCarty, Jimmy Page, and Samwell-Smith were more active contributors on that front.

When the Yardbirds broke up and Keith Relf and Jim McCarty starting working together on projects that would evolve into Renaissance, Chris Dreja was thinking of forming a country band. Jim McCarty has recalled that the band would have included John Hawken, formerly of the Nashville Teens, and steel guitarist B.J. Cole. McCarty jammed with the embryonic band and Hawken ended up joining Renaissance, rather than Dreja's country project. Apparently Dreja didn't mind and was in any case soon pursuing a career as a photographer. He has, however, played in the Yardbirds spinoff band Box of Frogs. Dreja's photographic career occupied him for most of the 30 years after the Yardbirds' breakup, though he did achieve some lingering visibility in the music world by shooting the cover of the first Led Zeppelin album, which, across the decades, has sold multi-million copies. In 2002, Dreja and McCarty re-emerged with a reactivated Yardbirds lineup and a new album, Birdland -- despite some skepticism from onlookers, the album was well received, and the group did a very successful world tour that included performances in venues such as B.B. King's in New York. Relf was killed in a tragic accident in the 1970s, but Dreja, McCarty, and Samwell-Smith have taken an active role in seeing that the portion of the Yardbirds catalog that they still own -- principally the Roger the Engineer album (aka The Yardbirds, aka Over Under Sideways Down) -- has been well represented on compact disc. ~ Richie Unterberger & Bruce Eder, Rovi 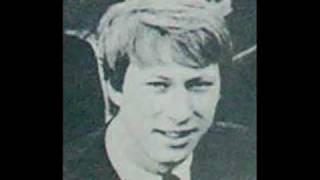 A Tribute To Yardbird Chris Dreja 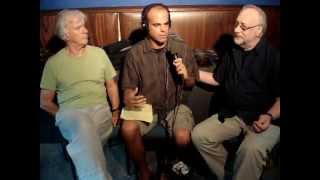 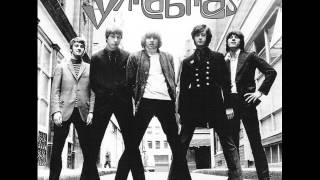 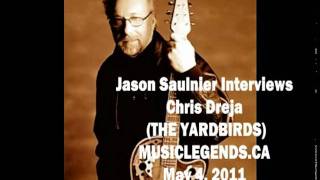 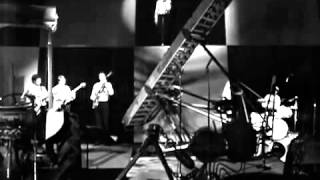 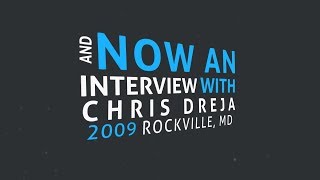 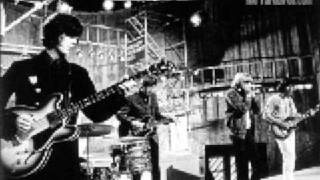