Close
Tony Hooper
Biography
Tony Hooper was the co-founder and a key member of the Strawbs during the group's first five years of existence, from 1967 through 1972. Born into a musical family in 1943, he was drawn to acting as a boy, but he later developed an interest in music. During the mid-'50s, he first made the acquaintance of Dave Cousins at school and discovered, at age 12, that they shared admiration for England's skiffle king, Lonnie Donegan. Out of that shared fandom, they each took up the guitar and formed their first group together, a jug band called the Gin Bottle Four. The band evolved along with the bandmembers' interests, from skiffle and jazz in the early days, and later into blues and folk music; among their early idols were Leadbelly, Pete Seeger, Peggy Seeger, Ewan MacColl, and Ramblin' Jack Elliott. They discovered bluegrass music a little bit later, and out of that interest -- with Cousins taking up the banjo, while Hooper stuck with his guitar -- they plunged into the genre. During the early '60s, Hooper studied electrical engineering and kept his hand in music mostly at Cousins' urging -- they played clubs as a duo when Cousins was back from college in London, and sometime in 1963 he introduced Hooper to Arthur Phillips, a mandolinist who turned their unit into a trio. They finally became a formal group in 1964, on the spur of the moment naming themselves the Strawberry Hill Boys in honor of the London locale, Strawberry Hill, where they were rehearsing.

The group -- with Phillips succeeded for a time by Talking John Berry, a blues bassist -- continued evolving, as Cousins and Hooper adopted a close-harmony singing style. Cousins' rough, Dylan-esque voice and Hooper's smoother, more conventional tenor voice formed a memorable combination, and they were able to keep working as a duo after Berry's departure. Their music was still steeped in bluegrass, and Cousins and Hooper were very much equal partners in their sound. In 1965, they played the first Cambridge Folk Festival, and it wasn't long before they made the leap to appearances on the BBC, and by 1966 they'd opened their own club, the White Bear. It was during this period that Cousins and Hooper began writing original material together, which they performed in between the bluegrass standards that were the core of their repertoire; the originals gradually supplanted the traditional songs which, in any case, they no longer felt entirely comfortable performing -- it was one thing to do faux rural American accents as boys, but in their twenties it no longer seemed appropriate or reasonably, especially as they were aware of how unauthentic they were. It was through the White Bear that Hooper met Ron Chesterman, a double bassist whom he recruited for the group, turning them once again into a trio, officially known as the Strawbs from mid-1967 onward.

For a short time that summer, they were a quartet with the addition of Sandy Denny, who brought along a crystalline pure voice and a handful of songs and recorded an album with them before departing later that year, to take an opening with Fairport Convention (who had just lost their original female singer, Julie Dyble), which led to an illustrious (if tragically short) career of her own. That album proved a false beginning, as it no longer represented their sound, but in 1968 they got a fresh start when AM Records -- an American label that had just opened a U.K. branch -- signed the trio. For their debut single and the follow-up LP, they had as producer Gus Dudgeon, who was just starting out in his career, having successfully made the jump out of the engineer's chair the year before. By the time of the group's second album, Dragonfly, the Strawbs had become a quartet again with the addition of cellist Claire Deniz -- additionally, Cousins had also emerged as the dominant songwriter among the members, his use of imagery and his lyrical and musical reach seemingly growing bolder by the day, which essentially left Hooper as rhythm guitarist and singer, although he had written one notable song, Ah Me, Ah My, which had come very close to making it onto their debut album (in a version that wouldn't be heard until 2006, on the five-CD compilation Taste of Strawbs).

Deniz and Chesterman were gone after the Dragonfly album, and Rick Wakeman, who'd played keyboards on part of that LP, ended up joining the group formally; in his wake, Cousins and Hooper decided to take the plunge and become a full band and, as a result, Richard Hudson came in on drums and John Ford on bass. The two, veterans of a band called Elmer Gantry's Velvet Opera, greatly toughened the Strawbs' sound and, coupled with Wakeman's seemingly boundless prowess on the keyboards, helped turn them into a virtuoso folk-rock outfit. This was demonstrated on their subsequent concert album, Live at Queen Elizabeth Hall, recorded at a date in July 1970, on which the jamming was exceptional and the sound wholly new -- lost somewhere in the mix, however, was Hooper's rhythm guitar.

Two more albums followed, divided by one lineup change as Wakeman left to join Yes and was succeeded by Blue Weaver. The first record, From the Witchwood (1971), was an electric album that still utilized a base of traditional folk music for most of its songs; the second, Grave New World (1972), however, was several steps removed from folk music and even transcended folk-rock -- with its heavy use of the Mellotron and Cousins' songwriting now joined by that of Hudson and Ford, the music was now full-blown progressive rock (albeit with a folk base, which occasionally had them crossing paths with Jethro Tull). In that configuration, Hooper's most significant contribution was as a harmony singer, although he did get featured as a singer on two songs, The Flower and the Young Man and a new version of Ah Me Ah My. Those songs, however, sounded quaintly retro amid the burgeoning progressive rock influences bursting out all over the record.

It was at this point that the group toured the United States for the first time. The latter proved to be an exhausting venture, at the end of which -- faced with his own declining influence on the Strawbs' sound and their virtual abandonment of traditional folk sounds -- Hooper chose to leave the lineup of the band he'd co-founded. While his successor, Dave Lambert, helped to push the band in a more rock-oriented direction, Hooper considered trying to do a solo album, but couldn't get AM interested in the project. The Strawbs evolved into a much hard-rocking progressive band, and found a wider international audience for a time, but Hooper's vocals were missed -- many fans say the group has never found a full replacement for him in that department -- and longtime listeners still look upon him as a key factor in the Strawbs' original musical success.

Hooper remained in the music business for a time as a producer before beginning a second career in the electronics industry during the mid- to late '70s. There were occasional contacts with Cousins as the Strawbs' fortunes ebbed and flowed, amid various lineup changes, but he was out of the music business for more than decade. Then, in 1983, an overture from Wakeman about reuniting the band for a one-off performance -- of The Hangman and the Papist off of From the Witchwood, as part of a television series called #Gas Tank -- resulted in Hooper and Cousins working together again for the first time in 11 years. The results were impressive musically and comfortable personally, and an invitation to play the Cambridge Folk Festival followed. He spent the next decade as member of the reunited group in their performances and recordings. During this time, Hooper continued to work at his day job in the publishing industry, and as of the late '90s he was a book editor. ~ Bruce Eder, Rovi 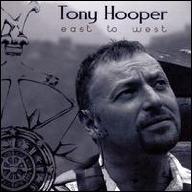 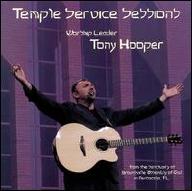 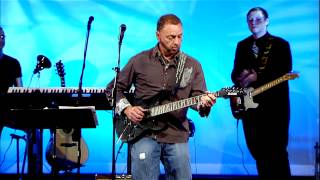 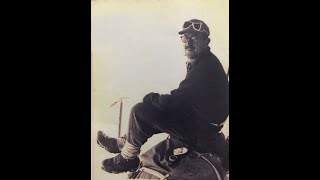 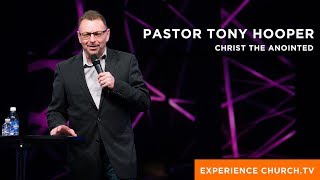 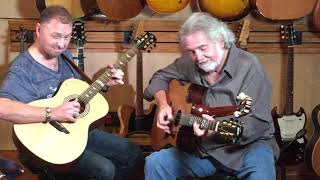 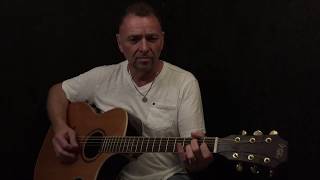 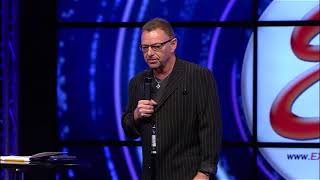 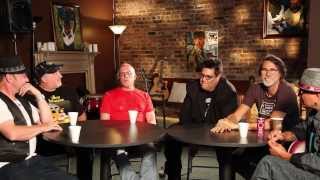