Close
Ralph Vaughan Williams
from Down Ampney, Gloucestershire, England
October 12, 1872 - August 26, 1958 (age 85)
Biography
Ralph Vaughan Williams was a central figure in the renaissance of English music that occurred in the first part of the 20th century. Using long, smooth lines and modal tonalities derived from folk sources, he deftly fashioned a unique style in the post-Romantic vein. At the core of his output are his nine symphonies and other orchestral compositions, such as his Fantasia on a Theme of Thomas Tallis and The Lark Ascending. His choral settings of hymns, carols, and folk songs -- some of which have become the standard setting -- appear in several collections that he co-edited.

Vaughan Williams, who lost his father early in life, was cared for by his mother. Related through his mother to both Charles Darwin and the Wedgwoods of pottery fame, he grew up without financial worries. He studied history and music at Trinity College, Cambridge, and finished up at the Royal College of Music, where he worked with Parry, Wood, and Stanford. In 1897, the year he married Adeline Fisher, Vaughan Williams traveled to Berlin to study with Max Bruch, also seeking out Maurice Ravel as a teacher several years later, despite the fact that the French composer was three years his junior. In 1903, he started collecting English folksongs; certain characteristics of English folk music, particularly its modal tonalities, in many ways informed his approach to composition. Vaughan Williams further developed his style while working as editor of the English Hymnal, which was completed in 1906. His work on the English Hymnal went beyond editing, for he contributed several new hymn tunes, most notably the Sine nomine, the tune for the hymn For All the Saints. The composer's interest in and knowledge of traditional English music is reflected in his song cycle On Wenlock Edge (1909), based on selections from A.E. Housman's immensely popular volume of poetry A Shropshire Lad. In his Fantasia on a Theme of Thomas Tallis, composed in 1910, Vaughan Williams introduced antiphonal effects within the context of modal tonality, juxtaposing consonant, but unrelated, triads. Composed in 1914, his Symphony No. 2, "A London Symphony" brings to life, with great charm, the sounds of London from dawn to dusk. That year, Vaughan Williams also wrote his pastoral The Lark Ascending, for violin and orchestra. When World War I broke out, the 41-year-old composer enlisted as an orderly in the medical corps, becoming famous for organizing choral singing and other entertainment in the trenches. He was commissioned from the ranks, ending his war service as an artillery officer. The war interrupted the composer's work but did not, it seems, disrupt the inner continuity of his creative development. The Symphony No. 3 ("Pastoral"), composed in 1922, conjures up a familiar world, effectively incorporating folksong motifs into sonorities created by sequential chords. While critics detected pessimistic moods and themes in the later symphonies, ascribing a shift to a darker vision to the composer's alleged general pessimism about the world, Vaughan Williams refused to attach any programmatic content to these works. However, the composer created a convincing musical description of a desolate world in his Symphony No. 7 "Sinfonia Antartica" (1952), which was inspired by the request to write the music for the film Scott of the Antarctic. In addition to his symphonies, Vaughan Williams composed highly acclaimed religious music, as well as works inspired by English spiritual literature, culminating in his 1951 opera The Pilgrim's Progress, based on the spiritual classic by John Bunyan. An artist of extraordinary creative energy, Vaughan Williams continued composing with undiminished powers until his death at age 87. ~ Rovi Staff, Rovi 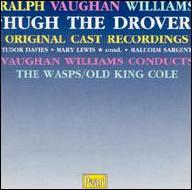 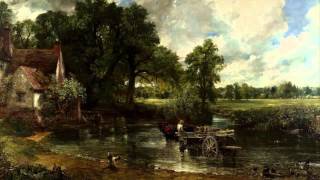 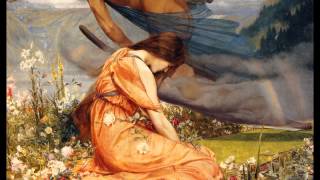 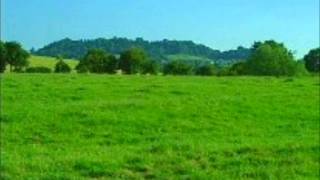 Ralph Vaughan Williams - Fantasia on a Theme by Thomas Tallis 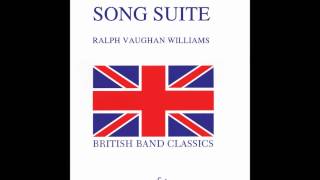 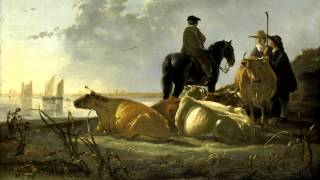 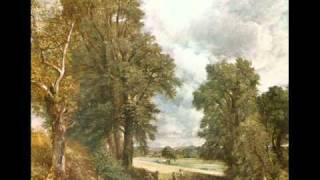